‘The X-Files’ Miniseries Episode 1: An Imperfect But Intriguing Start

Spoilers ahead for the new season of The X-Files! 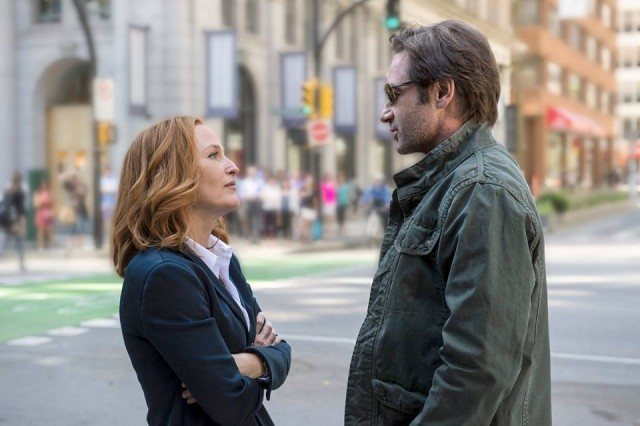 “What if everything we’ve been led to believe is a lie?”

About halfway through the premiere of The X-Files miniseries, Fox Mulder (David Duchovny) asks Dana Scully (Gillian Anderson) this critical question. He’s talking about their understanding of the government’s cover-up of alien lifeforms. But in a way, it feels like he’s not just asking his former FBI partner to consider this dangerous prospect. He’s asking devout X-Philes to take it in, too.

This idea — that Mulder and Scully may have been misled during their time in the FBI — appears to be the driving force behind The X-Files revival. It’s risky, to shake up the series’ longstanding mythology — but a necessary and compelling move.

While the premiere, directed and written by X-Files creator Chris Carter, is far from perfect, it is intriguing. The series wastes no time in getting us up to speed. After providing a quick-and-dirty overview — that helps bring newbies in while giving devout fans a nice sense of nostalgia — we’re dropped into Roswell in 1947, where an unnamed doctor witnesses the infamous UFO crash.

Then, it’s 2016, and we get our first glimpse at our beloved heroes. Scully is now a surgeon; Mulder seems content to live off the grid. It seems that time — and Mulder’s depressive episodes — have driven them apart. But they reunite to meet with Internet-rabble-rouser/conspiracy theorist Tad O’Malley (an effectively slippery Joel McHale), who is pretty darn sure he’s got some explosive information about the government and its penchant for covering up alien activity.

O’Malley leads Mulder and Scully to Sveta (The Americans‘s Annet Mahendru), who claims she’s been abducted and impregnated by aliens multiple times. And their conversations with the young girl — who’s equal parts scared and resolved to be heard — lead them toward a whole host of unexpected revelations. 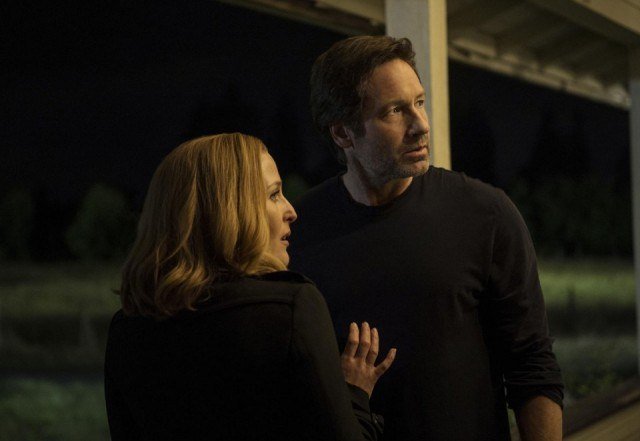 Scully has alien DNA in her system. And the government has been actually using alien technology it retrieved from Roswell for its own insidious purposes. And they’re pretty much trying to use it to take control of the whole world.

Yes, it’s a lot to take in — especially within a single hour. And this deluge of information is, by and large, the premiere’s biggest shortcoming. The X-Files has always excelled at blending real-world paranormal lore with its own rich mythology. And the miniseries does its best to provide modern-day context for Mulder and Scully’s new tribulations. Within the span of just a few minutes, O’Malley name drops Edward Snowden and invokes 9/11 and the Patriot Act, firmly placing the series within the 21st century.

It’s an important part of the reboot’s value proposition — but it’s given too much weight in the first episode. As a result, the premiere spends so much time trying to convince us that The X-Files is still relevant that it gets bogged down in its own reinvented mythology. The pacing suffers, as does Mulder and Scully’s chances to interact without the burden of extended exposition.

Still, despite these missteps, the premiere manages to create some pretty powerful momentum for the rest of the miniseries. In the episode’s final moments, we see Cigarette-Smoking Man (William B. Davis) (!!!!!) looking sickly but as insidious as ever, announcing that the X-Files have been reopened. The stakes are high. There is a clear objective for Mulder and Scully — one with a potentially explosive resolution. And with new characters to explore and old favorites to become reacquainted with, the latest X-Files adventure gives fans new and old enough of a reason to stick around and see what happens next.