Then and Now: These Celebrities Look Totally Different Than They Did 10 Years Ago

Over the span of 10 years, it’s natural that anyone would look a bit different. However, some celebrities have changed so much they’ve become completely unrecognizable.

Whether they achieved major weight loss (page 7) or plastic surgery has completely transformed their look (page 10), you won’t believe how much these celebrities have changed in just one decade. 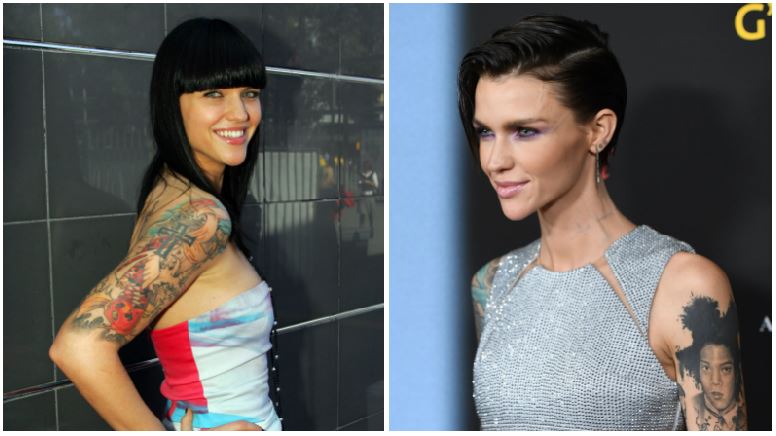 Orange Is the New Black’s Ruby Rose is known for her fierce beauty, made complete by her short hairdo and rocker style. While her tattoo game may have already been strong back in 2008, she looks unrecognizable with her blunt bangs, long hair, and softer fashion sense.

Next: He went from chubby and lovable to a hunky A-lister. 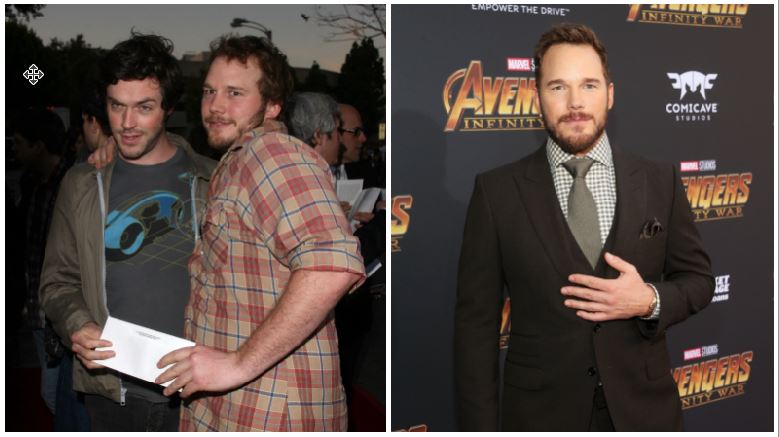 We may have fallen in love with Chris Pratt as the chubbier, lovable Andy Dwyer on Parks and Recreation — but we could never have predicted what he’d look like within the next 10 years.

Once he landed the role of Peter Quill in 2014’s Guardians of the Galaxy, he revealed his new, totally ripped body. He’s stayed in amazing shape since, and anytime he walks the red carpet, he’s looking more confident than ever.

Next: She’s always been beautiful — but looks completely different. 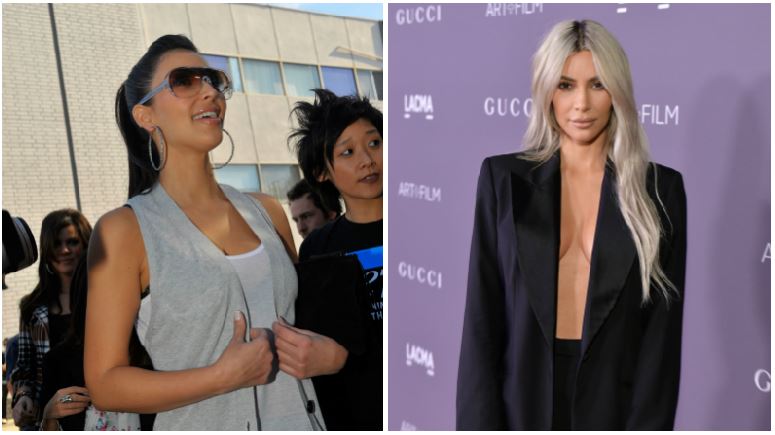 Kim Kardashian owns up to the fact that her looks have changed drastically over the course of her career. As the result of plastic surgery and completely new sense of fashion, the reality TV star looks like a totally different person.

Her new style can mostly be attributed to her husband, Kanye West, who is known to play a major role in all of Kardashian’s outfit choices. In 2012, he even gave her closet a complete overhaul with his stylist on an episode of Keeping Up With the Kardashians.

Next: We can’t believe her glow up. 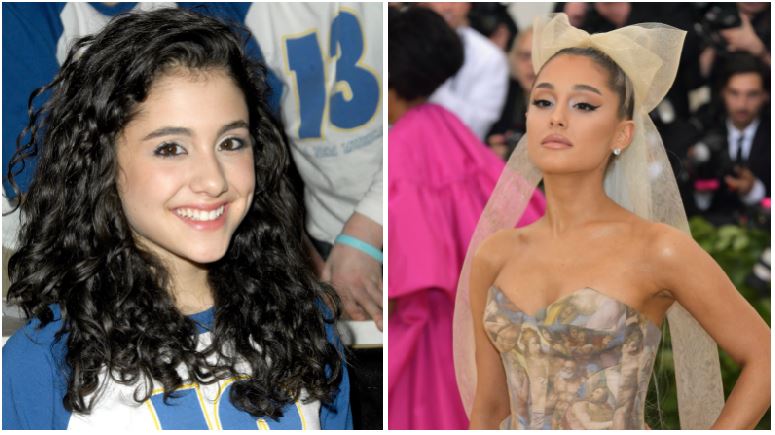 This is a glow up if we’ve ever seen one. Ariana Grande was incredibly fresh-faced and adorable in 2008, but she’s done a lot of growing up in the past 10 years.

She looks fierce no matter where she goes, with her killer style, signature ponytail, glowing skin, and her impossibly perfect cat eye.

Next: Is this really the same DJ? 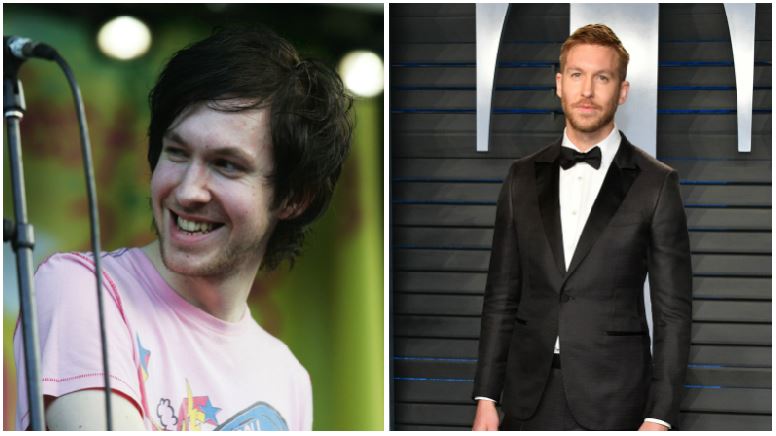 Back when Calvin Harris was a scruffy young DJ in 2008, we bet he never expected the superstardom he’d find within the next 10 years.

Now, as one of the biggest DJs in Hollywood and one of Taylor Swift’s notorious exes, he’s got a whole new look. He’s certainly looking more cleaned up with his new image and dapper suit.

Next: She’s looking more confident than ever. 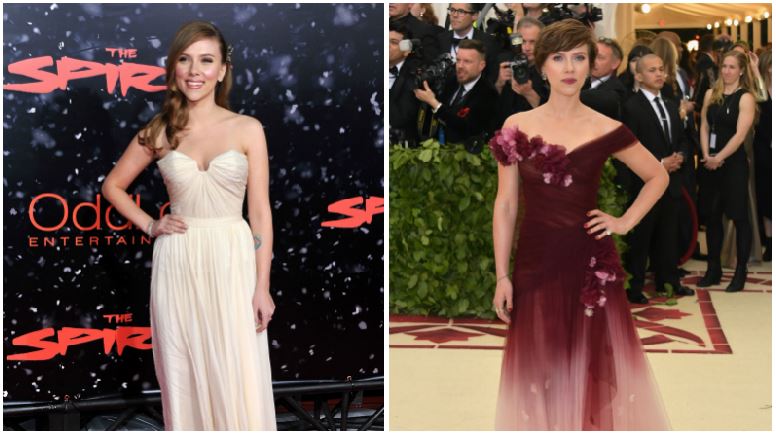 Actress Scarlett Johansson has always been known as a bombshell beauty in Hollywood. In 2008, she had cascading hair and rocked a softer style on the red carpet. Fast forward to 2018, and she’s still just as gorgeous — but a lot more fierce.

She’s totally pulling off that shorter haircut, and seems more confident than ever with her killer style.

Next: Her major weight loss transformed her look. 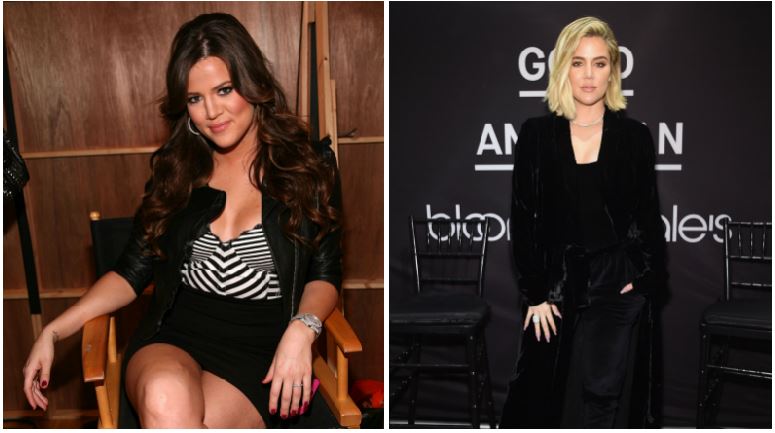 Khloé Kardashian took her looks into her own hands by making some major changes over the past 10 years. Though she’s always been beautiful, she put hard work into achieving her dream body.

After losing 40 pounds, Kardashian went on to host her own show on E!, Revenge Body. When sharing the news of her exciting new role on Instagram, she wrote, “If you were to ask me five years ago if I ever saw myself being completely in love with fitness and health. That I would be an inspiration to many others, that I would be the push that others needed to find their way. I would’ve laughed in your face.”

Next: She got her revenge body, too. 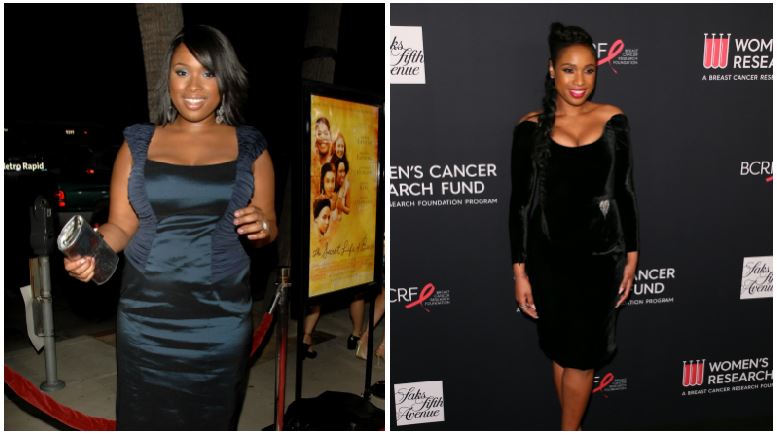 Speaking of a revenge body, we still can’t get over Jennifer Hudson’s dramatic transformation. The American Idol alum looks completely different between 2008 and 2018, and she’s managed to maintain her 80-pound weight loss since her initial transformation in 2011.

Next: Fans speculated why her face looked so different. 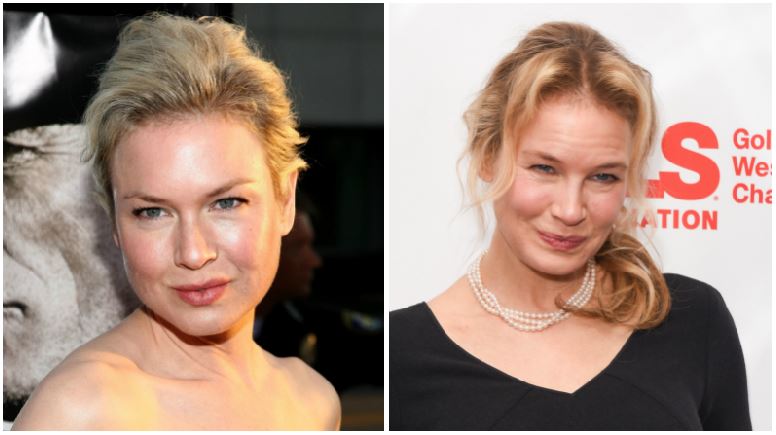 Actress Renée Zellweger sparked controversy in 2014 when fans couldn’t help but notice her face looking awfully different. After constant speculation, Zellweger chose to respond to the rumors directly. In a statement published by Huffington Post, she wrote, “Not that it’s anyone’s business, but I did not make a decision to alter my face and have surgery on my eyes.”

She added, “This fact is of no true import to anyone at all, but that the possibility alone was discussed among respected journalists and became a public conversation is a disconcerting illustration of news/entertainment confusion and society’s fixation on physicality.”

Next: She underwent major plastic surgery. When we first got to know Heidi Montag (now Pratt), she was a fresh-faced teenager on The Hills. However, after she rose to reality TV fame, she decided it was time to undergo 10 plastic surgeries in 24 hours in 2010.

She emerged from surgery looking like a completely different person. In an interview with People, she explained why she went for so many surgeries at once. “That’s kind of my personality: Everything at once.” She added, “And I really just wanted to go under anesthesia once, instead of going under again and again. It felt safer for me.”

Next: He’s looking sharper than ever. 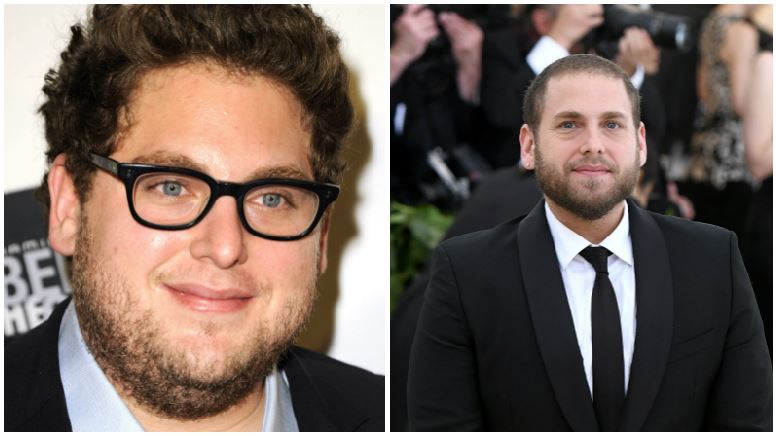 Jonah Hill looks like he could be a totally different actor than he was 10 years ago. With his impressive weight loss, shorter hair, and trimmed beard, he’s created a whole new look for himself.

However, with roles like 22 Jump Street (2014) and Sausage Party (2016), he’s proven that completely changing his image doesn’t mean giving up his roots in comedy. 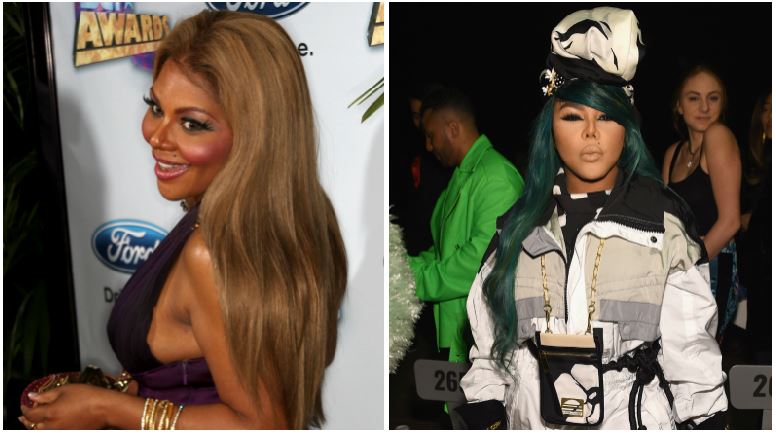 Lil’ Kim, is that you? Between 2008 and 2018, the rapper has transformed herself to the point of being unrecognizable. On top of plastic surgery to her face, many have speculated that she underwent treatment for skin bleaching.

When fans started questioning her lighter skin, Lil’ Kim didn’t hesitate fighting back on Instagram. She angrily wrote, “Ok but when the f*ck did I bleach my skin u miserable Moron!”

“My last post clearly shows that but u haters will always have something to say even when facts r right in front of ur face but I understand ur just doing ur job as a hater but understand this … I checked my calendar and I still won’t give a f*ck Neveruary the 1st either,” she added.

Next: We’re loving this phase for her. 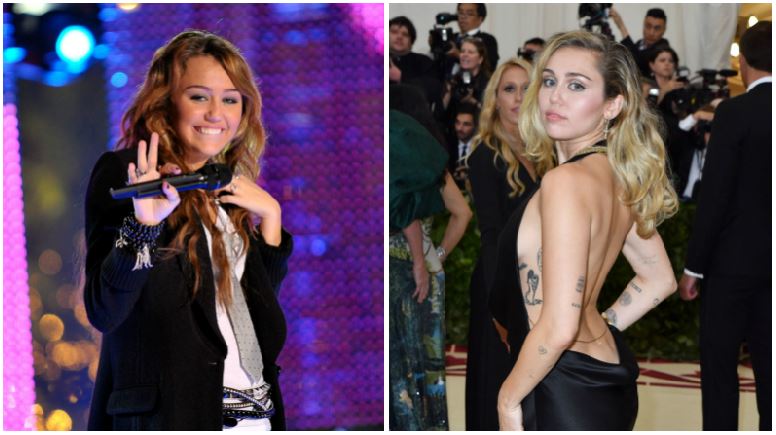 Singer Miley Cyrus has transformed her look dramatically over the years — but her 2018 look might be our favorite. It’s shocking to see just how much she’s changed since her more innocent days in 2008.

She since went through her shorter-haired, outrageously styled phase, and while she’s toned down her look, she hasn’t lost her unique edge.

Next: They grew up right before our eyes. 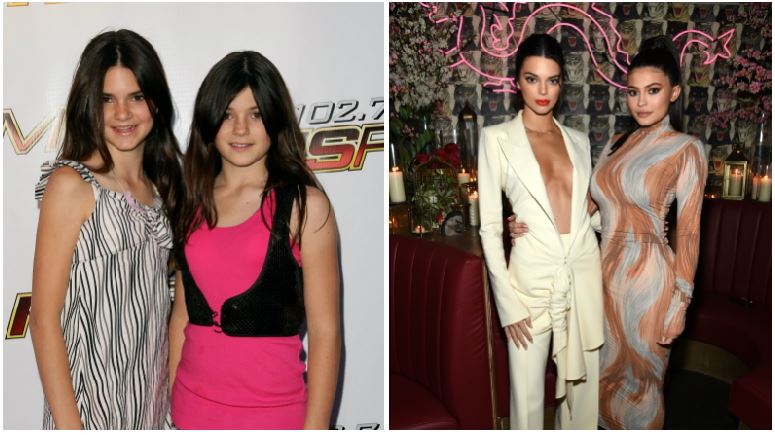 From awkward pre-teens to stunning young women, Kendall and Kylie Jenner grew up right before our eyes on Keeping Up With the Kardashians. Now that they’re both in their 20s, we can hardly tell the age difference between the two youngest members of the Kardashian and Jenner clan and their older siblings in their 30s.

Next: She made a major comeback. 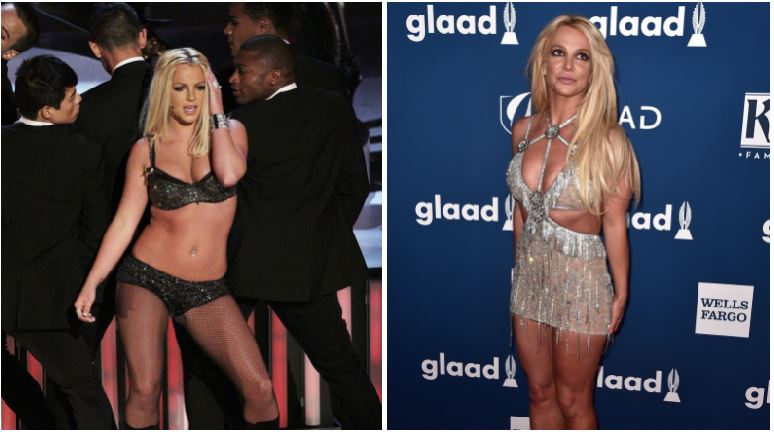 When pop star Britney Spears went through arguably the most infamous celebrity meltdown ever in 2007, chances seem slim that she’d make any kind of comeback. Over the next few years, her looks changed drastically — from a completely shaved head to returning to the stage at the MTV Video Music Awards with obvious extensions, she still seemed to be going through rough times.

However, fast forward to 2018, and Spears seems healthier than ever — mentally and physically. She regularly posts videos of herself working out on Instagram and boasts a happy lifestyle, which is clearly reflecting in her apparent ability to age backward.

Read more: 15 Celebrities Who Are Way Younger Than You Thought