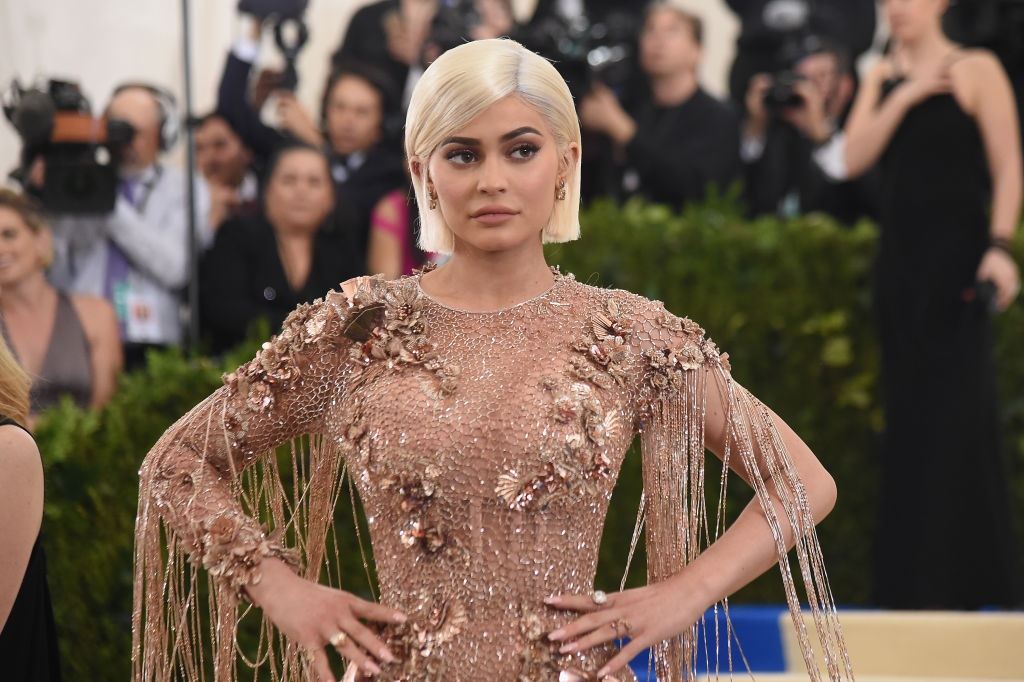 That headline is not a typo. Yes, there really is GoFundMe page for Kylie Jenner to ensure that the makeup mogul gets the $100 million she needs to become a billionaire sooner rather than later.

Earlier this week, Forbes reported that the 20-year-old is on track to become the world’s “youngest-ever self-made billionaire” but many took issue with the cover story and the publication’s use of “self-made.”

“Calling Kylie Jenner self-made without acknowledging anywhere the incredible headstart she had is what allows people to turn around and look at poor people and ask them why they haven’t become billionaires yet. Her story is not inspiring or motivating for anyone,” one Twitter user wrote.

“Kylie Jenner is not ‘self-made’ at all,” tweeted another. “This is the problem with talking about successful people in America. We act like they did it by themselves when that’s never the case. And, with people like the Kardashians/Jenners, they were always rich.”

Forbes noted that the reality star’s cosmetic company is valued at $800 million and Jenner owns 100% of it. Throw in her TV shows and endorsement deals and she has a total net worth of an estimated $900 million, which by the way is more than her famous siblings. If her Kylie Comestics line continues to sell at the same rate next year as it has this year, Jenner will be a billionaire by then.

But one comedian isn’t willing to wait and wants to see her get to the billion mark now so he launched a Go FundMe page. Josh Ostrovsky, also known as The Fat Jewish on Instagram, started the campaign writing, “Kylie Jenner was on the cover of Forbes Magazine today for having a net worth of 900 million dollars, which is heartbreaking. I don’t want to live in a world where Kylie Jenner doesn’t have a billion dollars. WE MUST RAISE 100 MILLION DOLLARS TO HELP HER GET TO A BILLION, PLEASE SPREAD THE WORD, THIS IS EXTREMELY IMPORTANT.”

Kylie Jenner was on the cover of Forbes Magazine today for having a net worth of 900 million dollars, which is heartbreaking. I don't want to live in a world where Kylie Jenner doesn't have a billion dollars. WE MUST RAISE 100 MILLION DOLLARS TO HELP HER GET TO A BILLION, PLEASE SPREAD THE WORD, THIS IS EXTREMELY IMPORTANT. LINK IN BIO TO DONATE.

If you think that sounds totally ridiculous and can’t imagine that anyone would take it seriously well, people are actually donating. The campaign is trending and a recent check shows that it has raised right around $600 of its $100-million goal.

Commenters flooded Ostrovsky’s Instagram in disgust writing things like, “Raise money for Kylie?? Stupid! Help families and children in need” and “Really, when we have vets, very poor and starving all over the world you want this BS.”

However, this isn’t the first time people have donated to a campaign dedicated to raising funds for an extremely wealthy person. In April, a GoFundMe campaign for Elon Musk was launched to get him a couch after it was reported that Tesla CEO had been sleeping on the floor of the Fremont factory. However, the money raised, which was over $7,600, went to charity. So here’s hoping Jenner will come out and declare that whatever is raised on her page will go to those in need.