These Are the Highest-Paid YouTubers of 2018

A decade ago, uploading videos to YouTube for a living was only a dream. Now, it’s a feasible reality — so much so that Forbes compiles an annual list of the top-earning creators on the platform.

These famous online content creators do everything from playing video games to putting on makeup and pulling pranks on their friends. One of them even makes millions reviewing toys (yep).

Here are the highest-paid YouTubers of 2018, according to Forbes — including the videos that have earned them top dollars over time.

With over 22 million subscribers, Mark Fischbach — a.k.a. Markiplier — isn’t anywhere near the most subscribed individual or channel on YouTube. Still, he is has earned more than the majority of YouTubers in 2018, thanks to North American and global tours, brand deals, and his new athleisure line, Cloak.

Most of the videos on Markiplier’s channel feature pre-recorded gameplay. However, he also broadcasts videos live for fun and once a month for charity.

His most popular video, a Five Nights at Freddy’s “let’s play,” has been viewed over 71 million times.

At 11 million subscribers, Jeffree Star actually rests far below his fellow YouTubers in terms of followers. However, that hasn’t stopped the famous makeup artist from making millions from his videos and more just in 2018 alone.

In addition to his online makeup tutorials and other beauty-centric content, Jeffree Star is also the co-founder of a makeup line, Jeffree Star Cosmetics. The brand sells at least $100 million worth of makeup products every year.

His most popular video, “Full Face of Brands That Hate Me,” has 20 million views.

The channel’s nearly 37 million subscribers are treated to the comedic shenanigans of five former Texas A&M University roommates — Garrett Hilbert, Cody Jones, Tyler Toney, and twins Coby and Cory Cotton. Their “trick shot” videos are among their most successful videos.

In addition to sports entertainment and other YouTube-exclusive content, the group also branched out into television, launching The Dude Perfect Show in 2016.

Dude Perfect’s most popular video has over 175 million views. 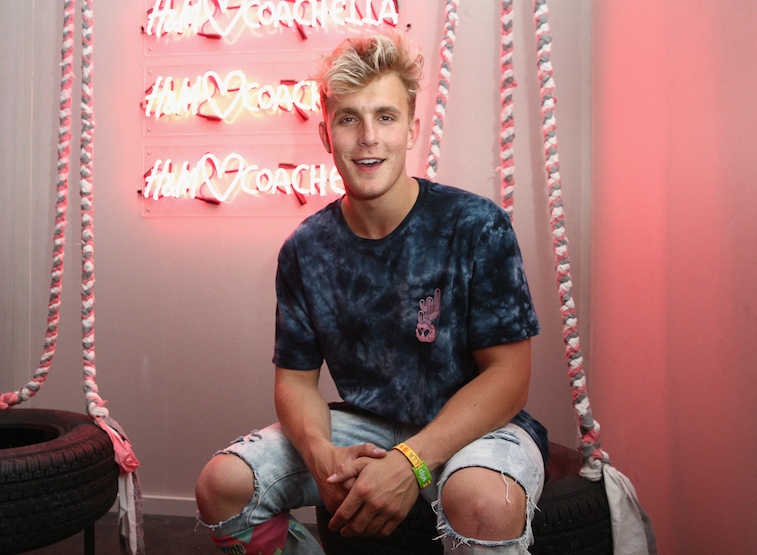 Jake Paul (not to be confused with his brother, who also has a YouTube channel) uploads a variety of content viewed millions of times by his 17 million subscribers. His rap songs and prank videos are among the most popular.

A large portion of his income comes from selling merchandise — not an uncommon practice for popular individuals and self-made brands on YouTube.

Jake’s most popular video, a music video for his hit song “It’s Everyday Bro,” has been viewed over 200 million times.

The youngest celebrity on this list, seven-year-old Ryan probably won’t have to worry about paying for college — unless he spends the rest of his life reviewing toys for a living. With over 17 million subscribers, he’s living every kid’s dream, playing with toys and clearly loving every minute of it.

Ryan and his family earned much of their 2018 income through the Ryan ToysReview channel as well as brand deals and a new line of collectibles now available for purchase at Walmart.

The channel’s most popular video has accumulated over 1 billion (yes, that’s billion with nine zeros) total views since its publication date in April 2016.