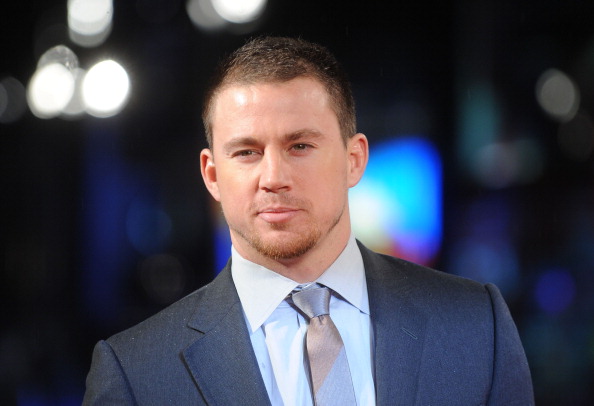 More cast members for the upcoming Coen brothers movie Hail, Caesar! are being reported after stories broke earlier this month saying that frequent Coen collaborators Josh Brolin and George Clooney would star in the comedy. Now The Hollywood Reporter and Variety are saying that Channing Tatum, Tilda Swinton, and Ralph Fiennes will join the cast.

Joel and Ethan Coen are set to write and direct the movie, which will be about Eddie Mannix, a fixer for the film studios in Hollywood’s golden era, whose job was to try and protect studios’ valuable investments in stars by stopping actors and actresses from becoming involved in potential scandals. THR said Tatum’s role is that of a Gene Kelly-esque movie star and dancer. Fiennes will play Laurence Lorenz, a studio director, and Swinton will be an influential gossip columnist.

Brolin was in the Coens’ No Country for Old Men and True Grit, while Clooney has also worked with the directors on numerous occasions, including 2008′s Burn After Reading, 2003′s Intolerable Cruelty, and 2000′s O Brother, Where Art Thou?  Swinton also appeared in Burn After Reading, but Hail, Caesar! will be the first Coen film for Fiennes and Tatum. Tatum recently starred in 22 Jump Street and has the upcoming Wachowski film Jupiter Ascending next on his plate. Swinton and Fiennes recently worked together in Wes Anderson’s critically adored Grand Budapest Hotel.

Clooney is set to play private detective Eddie Mannix, a man who’s hired by film studios to spy on movie stars in order to dig up the dirt on them that then needs to be buried so that it’s not discovered by the media. During those days, Hollywood stars would have multi-film contracts with studios, and so a studio’s investment could be ruined by a poorly timed scandal. Studios would spy on their own employees in an attempt to protect their investments and find out dirty secrets before the press. Clooney’s character will likely face conflict with Swinton’s, who will be looking to publish stories on the stars’ scandals as Clooney seeks to hush them up.

The Mannix character sounds like he could be based on Fred Otash, the private detective and former cop who worked for Confidential magazine and got inside scoops on stars’ personal lives using wiretapping. Otash is also well known for being hired by Peter Lawford to investigate Marilyn Monroe’s involvement with the Kennedys.

Deadline pointed out that there was an actual Hollywood figure named Eddie Mannix, who worked at MGM. The real Mannix was involved in his own scandal when his wife had an affair with with actor George Reeves, after which Reeves was found killed by a gunshot wound to the head. The death was classified as a suicide, but questions and conspiracy theories surrounding it have persisted. The Coen brothers movie could be about the real-life Mannix, or it could simply be a coincidence that the character has the same name.

The latest Coen brothers film, last year’s Inside Llewyn Davis, was about the folk music scene in Greenwich Village during the 1960s as told through a character loosely based on folk singer Dave Van Ronk, with music curated by T Bone Burnett. Many felt that the film was snubbed by Academy voters when it was only nominated for cinematography and sound mixing awards.

With a stellar cast filling a variety of quirky roles, the Coens’ Hail, Caesar! is shaping up to be another of the brothers’ bizarre cult classics.