These Popular Songs Shook Up the 2018 Winter Olympics

At the 2018 Winter Olympics, all figure skaters are permitted to perform using songs with lyrics for the first time. This, of course, opened up so many possibilities, and some of the most memorable moments of this year’s event saw skaters dance to unexpected modern songs.

Here are some of those songs that spiced up the 2018 Winter Olympics. 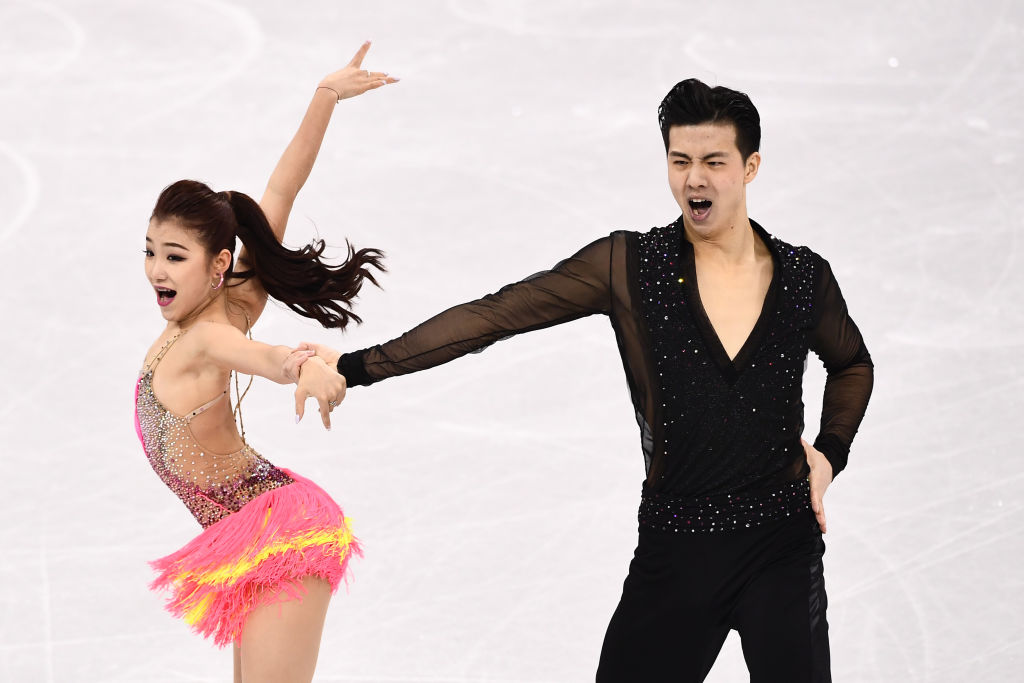 Luis Fonsi’s “Despacito” was used not used not once, not twice, but three times during the figure skating event on Feb. 18.

It was first used by Xinyu Liu and Shiyue Wang from China; then, Alexander Gamelin and Yura Min from South Korea used the song for their performance; and finally, Maksym Spodyriev and Natalia Kaliszek from Poland used it as well.

Even though “Despacito” is an extremely popular song, after hearing it so many times in one night, many Olympics viewers came away begging for it to be retired for a bit.

Next: This interesting cover of a classic song gained a lot of attention. 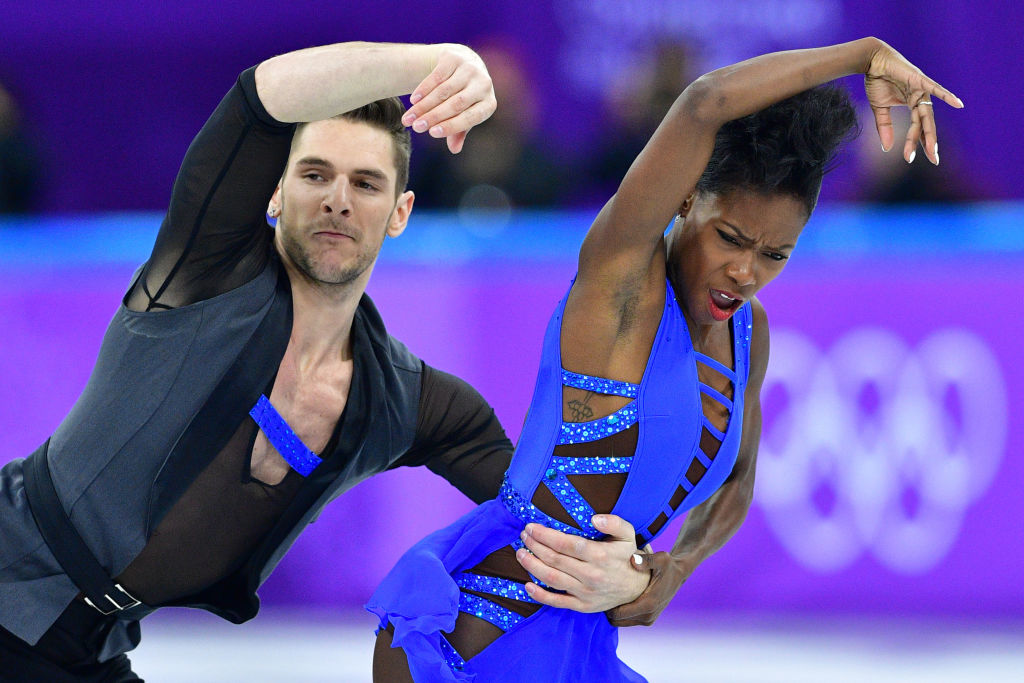 Vanessa James and Morgan Cipres decided to skate to “The Sound of Silence,” but not the classic version by Simon & Garfunkel.

Instead, they went for something completely different: a cover by Disturbed.

James told CTV News that she and Cipres weren’t sure if they liked the cover version at first, but they decided to trust their coaches, who felt it could be a big hit. They were right, as the use of the song received a largely positive reaction on Twitter.

Next: These Olympians used two Ed Sheeran songs during their performance. 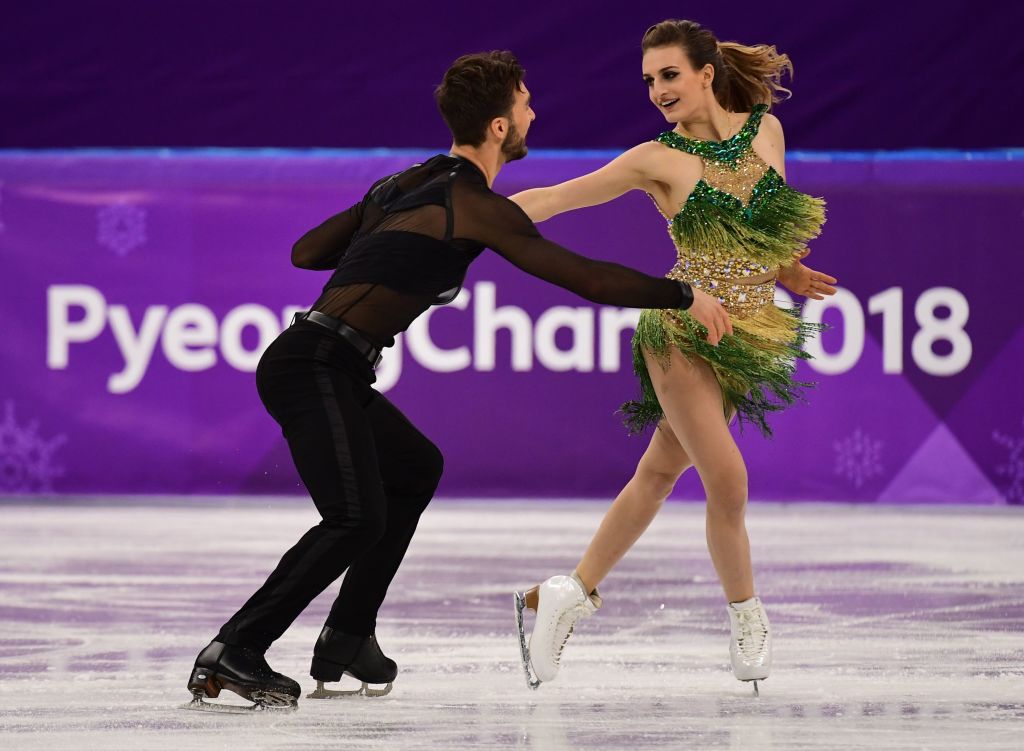 Some Ed Sheeran music made its way to the Olympics this year, as France’s Gabriella Papadakis and Guillaume Cizeron used his songs “Shape of You” and “Thinking Out Loud” for their performance.

“The more you can choose music that people can relate to, the more it’s going to be interesting and catchy,” Cizeron said of the choice. “‘Shape of You’ is the music of the year.”

This was not the only Sheeran music heard during the Olympics. In the short program, Vanessa James and Morgan Cipres skated to his song “Make It Rain,” which is a cover of the Foy Vance song.

Next: These two Beyoncé songs were well utilized during one Olympian’s performance. 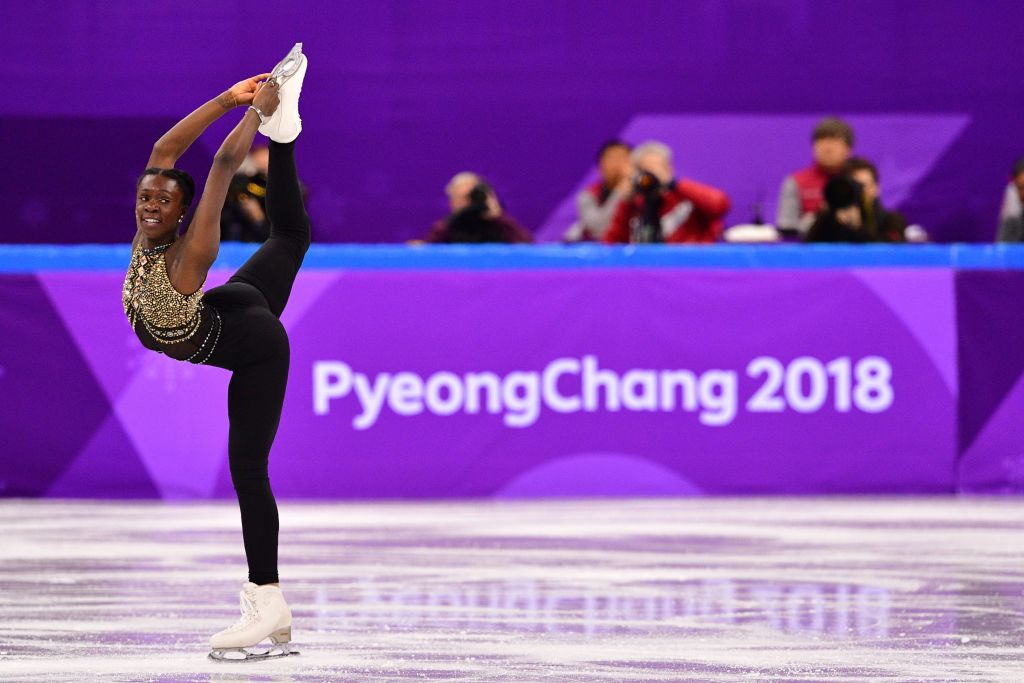 Two Beyoncé songs were used by France’s Maé-Bérénice Méité during the short program: “Run the World” and “Halo.”

Méité told Cosmopolitan that she chose Beyoncé because she was looking for something fun that was uniquely her. “[Her music] is crazy, wild, and fun,” Méité said. “You can just dance to it, and that’s how I am.”

The use of Beyoncé received a strong positive reaction on Twitter, including from comedian Leslie Jones.

Next: This cover of a U2 song shot up on the iTunes charts after being used at the Olympics. 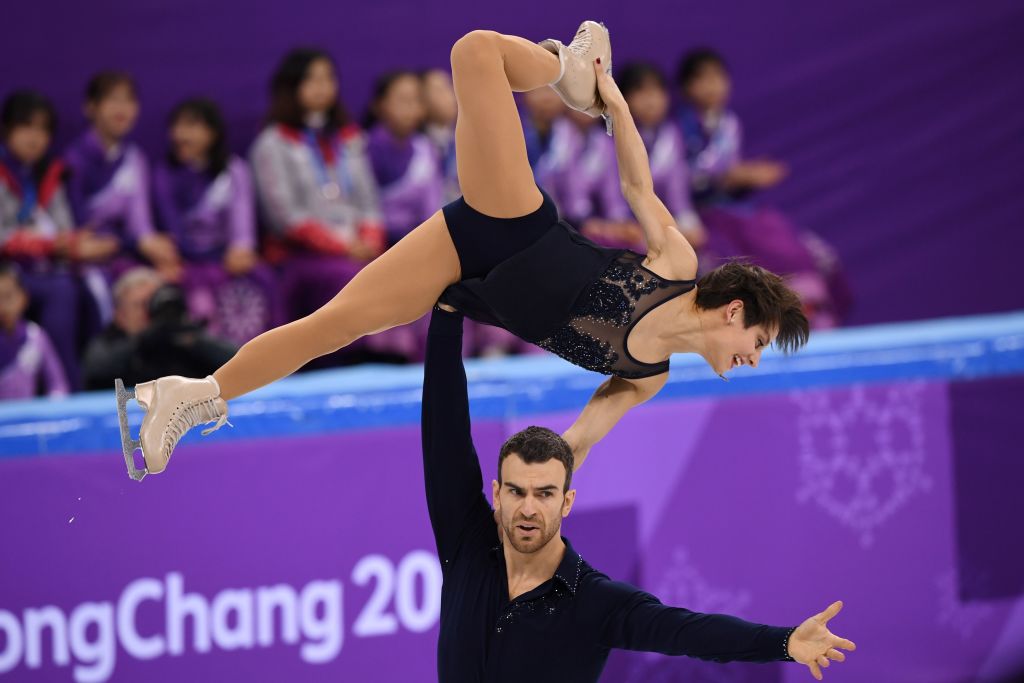 For their short program, Meagan Duhamel and Eric Radford performed to U2’s classic song “With or Without You,” although it was not the original but rather a cover version by April Meservy.

The use of this song during the Olympics has caused it to shoot up on the iTunes charts, which the singer told The Star has been an incredibly surreal experience.

Meservy also said that she recorded the cover after a breakup a few years ago and was surprised that Duhamel and Radford even found it.

Next: One of the most talked-about athletes at the Olympics this year used this song. 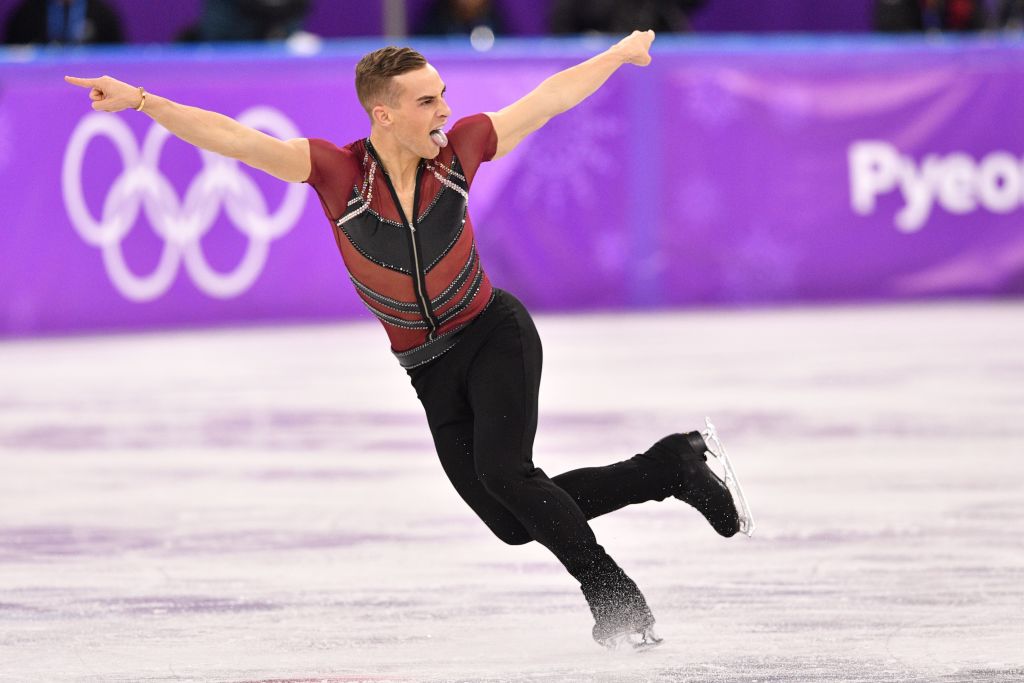 One of the most talked-about athletes at the Olympics this year has been Adam Rippon, who ended up skating to “Let Me Think About It” by Ida Corr — more specifically, a remix of it by Eddie Thoneick.

Rippon told Vox that he picked this because he wanted something that was upbeat and would get the crowd energized.

Corr told Billboard that she was happy to see her song used at the Olympics. “I felt proud and excited! As a songwriter it’s such a pleasure knowing that people all around the world are introduced to your music.”

Next: This skater performed to music from one of the most popular shows on the air right now.

7. The Game of Thrones soundtrack 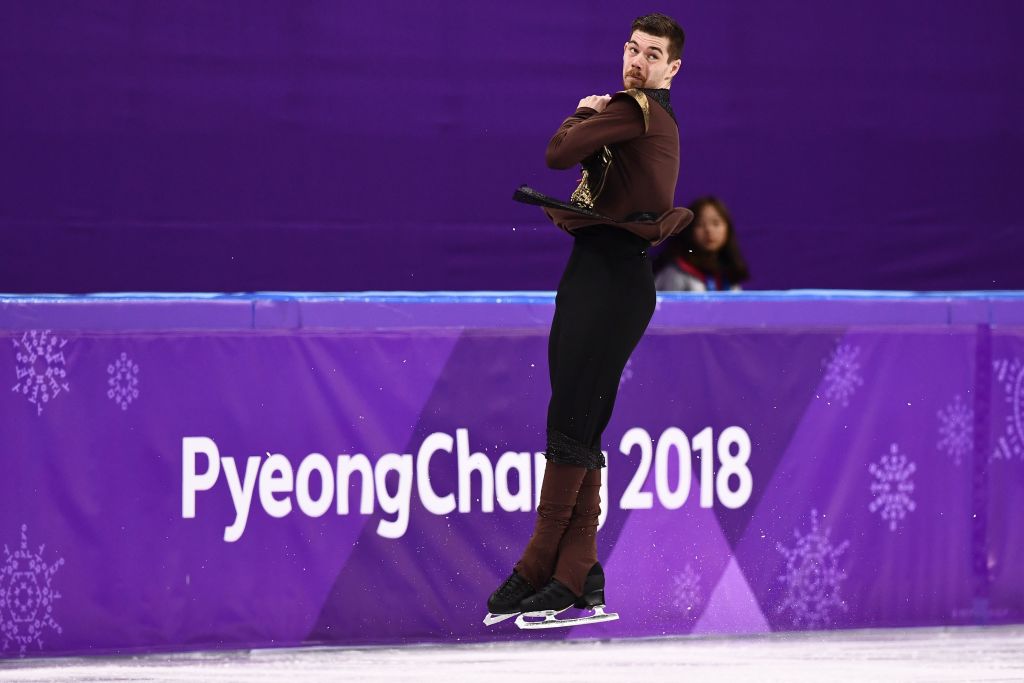 Even with the new rule allowing for songs with lyrics, there have still been a fair number of performances at the 2018 Olympics using instrumental music.

One that gained a lot of attention was Paul Fentz’s performance to music from the Game of Thrones soundtrack. He went with a medley of themes from throughout the series, including the main theme.

Not only that, but Fentz also wore a Lannister-inspired costume, complete with a gold hand like Jaime Lannister. Despite being dressed like a Lannister, though, “The Rains of Castamere” was not used during Fentz’s performance.

Next: The song Fentz used during the short program also gained a lot of attention. 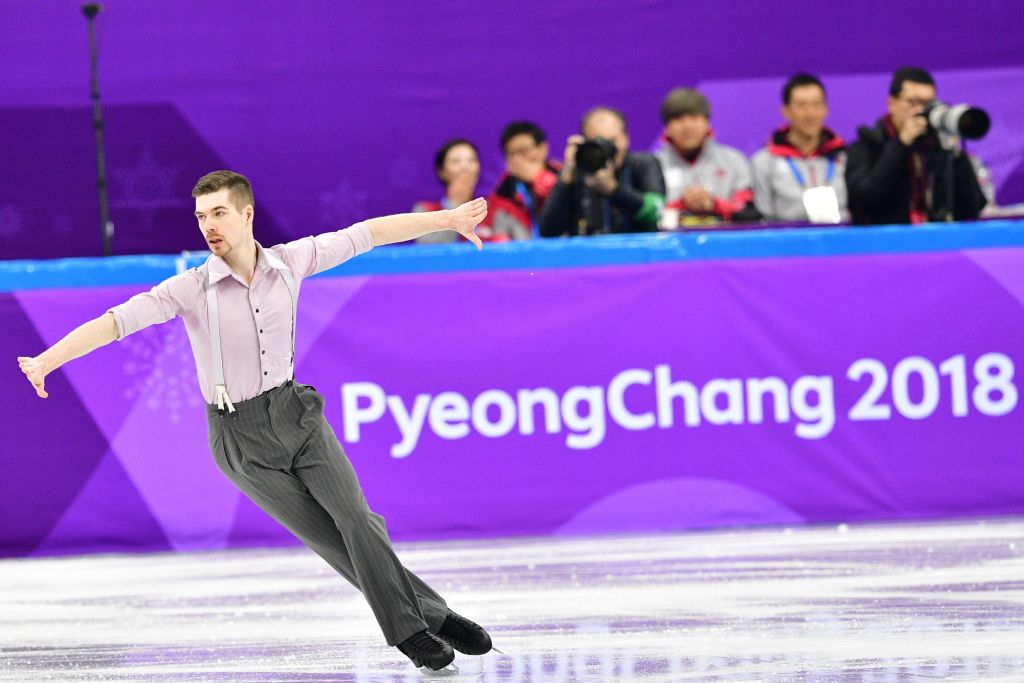 For the short program, Paul Fentz decided to go with Oasis’ “Wonderwall,” although like many other Olympians, he chose a cover. The version Fentz skated to was a jazz cover by Paul Anka.

On Twitter, viewers disagreed about whether this was a good choice. But either way, it ended up becoming one of the most talked-about moments of that night, with “Wonderwall” starting to trend on Twitter.

“That’s the risk you take,” Fentz told USA Today. “I know the Oasis song, I really like it. But it wasn’t like I was trying to make something new or something. I just wanted something a little smoother.”

Next: This Olympian performed to a classic hip-hop song. 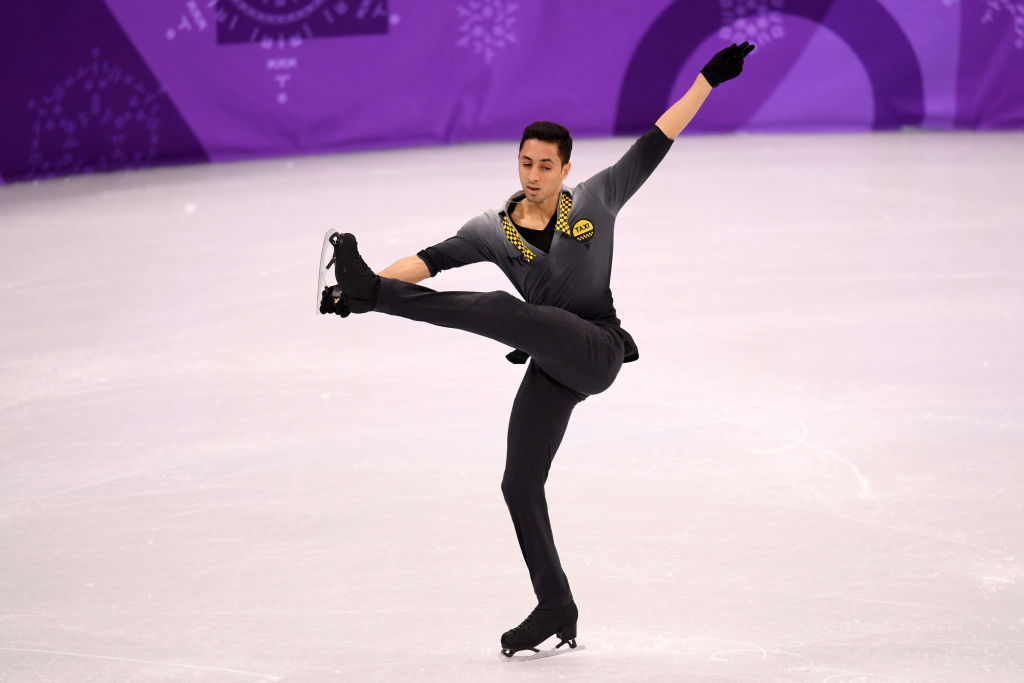 During the performance, Yahoo Sports columnist Dan Wetzel tweeted, “A French figure skater is performing to Sugarhill Gang’s ‘Rapper’s Delight’ at the Olympics in South Korea. (The previous sentence is a sentence that has no one thought would ever be written).”

Next: This song was used in two separate performances at the Olympics.

10. “Everybody Wants to Rule the World” 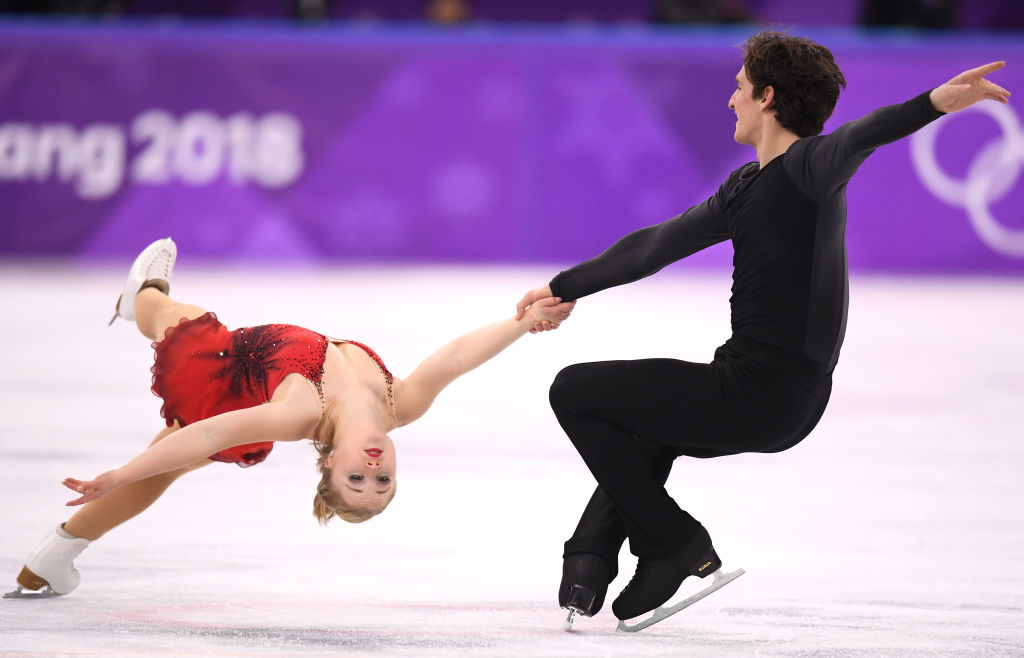 Julianne Séguin and Charlie Bilodeau from Canada performed to “Everybody Wants to Rule the World” by Tears for Fears. Once again, though, they went with a cover version, this one from Lorde.

These two actually weren’t the only ones to select “Everybody Wants to Rule the World.” So did Brendan Kerry, who picked a rendition of the song by Spencer Jones and Mckenna Breinholt.