‘The Bachelorette’: Everything We Know About Rachel Lindsay

In Season 21 of The Bachelor, we saw Nick Viall try to find love once again. In that season, there was one contestant who was able to make history. That contestant was Rachel Lindsay, who caught Nick’s eye instantly. Though she didn’t end up getting engaged to him at the end, she soon embarked on her own romantic journey in The Bachelorette.

1. She made Bachelor history twice

The reality show has notoriously been criticized for its lack of diversity. Although they have added some more women of color throughout the years, the girls typically get sent home early on. However, Rachel made history by being the first black woman to get the first impression rose!

Rachel might have been one of the many women to show up in a red dress on the first night, but she stood out. She won over Nick by talking about her big family and her impressive career as a lawyer. “I didn’t really know how I was gonna give this out,” Nick told her before giving her the rose, “and I think from the first moment I met you you stood out. Even the limo exit I was really kind of taken by your aura and your presence.” Their relationship was smooth sailing after that.

That’s not the only record Rachel has set. She’s also one of the first black women to make it past week five along with fellow contestant, Jasmine G. While Jasmine G. was sent home, Rachel made it into the final four!

There have been contestants on the show with some weird job titles like “aspiring dolphin trainer.” So Rachel really stands out given that she’s a lawyer. She graduated from Marquette University Law School and was a legal intern for the Milwaukee Bucks.

Rachel is currently a civil litigation attorney with Cooper & Scully, P.C. according to Law Newz. This is an interesting coincidence given that Nick’s ex, Andi Dorfman also worked in law as an assistant district attorney.

3. She’s probably on the show because of one regret

Many have questioned why the accomplished lawyer would leave everything behind to be on the show. But she made a very good point in her bio, explaining why she made the big move. She said she regrets “focusing too much on my career,” so it makes sense that she would take a break to try and find love. Rachel also went on to say she’s scared she “missed out on my chance at finding love.”

4. She was close to Whitney Fransway

Sadly, we don’t always get to see the close friendships that form on the show. Whitney Fransway didn’t get a lot of air time before her two-on-one date, but she was pretty close to Rachel. Around the time Whitney was sent home, Rachel posted a cute picture of the two of them to support her.

Rachel also seemed to get along with Raven and tweeted about having her back on the show.

5. Wells Adams said he doesn’t think America is ready for Rachel to be The Bachelorette 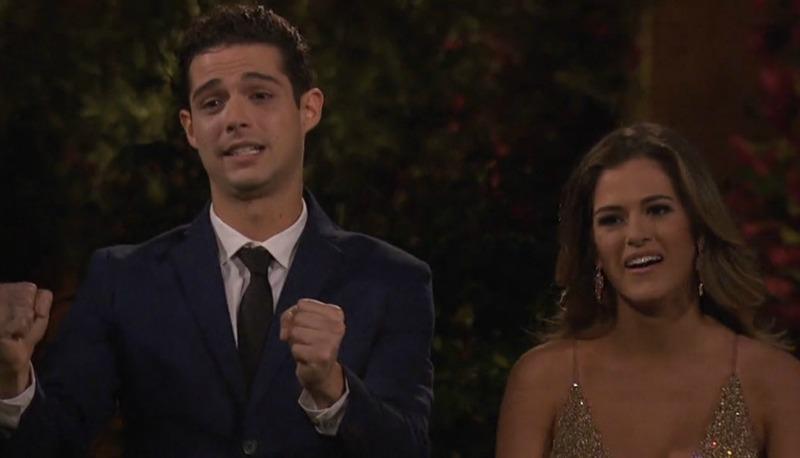 Before it was announced that Rachel would be the next bachelorette, some people were doubting the rumor’s validity. Wells Adams, who tried to win JoJo Fletcher’s heart on The Bachelorette, said on the podcast, Wrong Reasons that he didn’t think it would happen.

“I think the franchise wants to so badly break out of its cookie-cutter, white-person shell, but I don’t think that America will embrace it, sadly enough,” he said. “I think what they’re going to do is it will be misdirection. I think it’s going to be… Rachel, and then at the last second, they’ll have Corinne.”

6. Ben Higgins is rooting for her

Ben Higgins might be busy planning a future with Lauren Bushnell, but once you’re in Bachelor Nation you have to keep up with the show’s latest season. It turns out Wells isn’t the only veteran who voiced his opinion before Rachel was officially announced to be the next Bachelorette.

Although Wells thought America wasn’t ready for a black bachelorette, Ben did!

My New Years’ resolution is to figure out this whole Twitter thing… #myfirstTweet #newyearnewtwitter #newyearnewme pic.twitter.com/wVPCM91t18

While most people’s New Year’s resolutions revolve around losing weight, Rachel’s goal for the year is pretty unique. She is brand new to Twitter and made it her resolution to use it. That’s pretty rare in a world where social media is everywhere! However, it looks like she has gotten the hang of it. Since she announced her resolution, she has been tweeting about the show and more. We hope she keeps this resolution so we can keep up with her!

8. She was one of the few women who was around the same age as Nick

Nick was relatively old compared to former bachelors. He was 36 years old while on the show, but when picking contestants, the crew filled the cast with women in their early 20s. A relationship can work with an age difference, however, it’s sad that older women aren’t given a shot.

Rachel is 31 years old, which is probably one of the many reasons they click so well.

Rachel is a Cowboy’s fan but she also seems to enjoy Baylor football games. She went to the University of Texas for her bachelor’s degree and studied kinesiology and sports management there, then she went into law.

She definitely comes across as athletic, but who knew she also majored in something sports related?