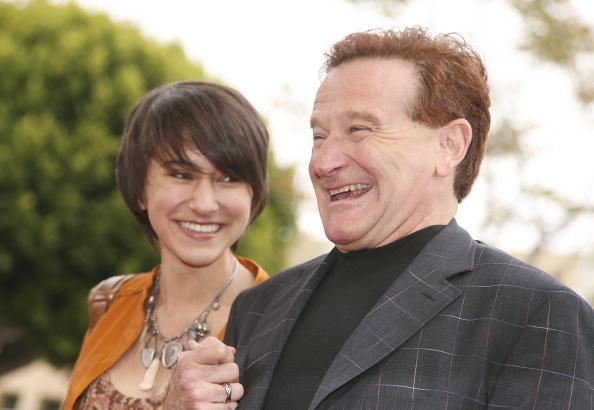 Zelda Williams, the only daughter of actor Robin Williams, is celebrating her father’s birthday the exact same way she has every year since his death four years ago.

Williams took to social media on Thursday, two days before what would have been the comedian’s 67th birthday, to reveal how she is continuing to honor him.

“It’s that time of year again,” she wrote alongside a picture of the two of them smiling for the camera at a dinner. “Everyone who has dealt with loss knows the pain of certain anniversaries, moments full of memory that come round like clockwork and usurp all others, no matter how hard you may try to prepare for or avoid them.”

She continued, adding that she will again take a break this year from posting on her accounts to celebrate her dad’s July 21 birthday, and her own birthday which is just 10 days later. “These weeks are the hardest for me, and thus, you’ll see me a lot less, if at all. For all the internet’s good intentions in expressing to me their fondness for dad, it’s very overwhelming to have strangers need me to know how much they cared for him right now,” she admitted. “It’s harder still to be expected to reach back. So while I’ve got the strength, consider this my one open armed response, before I go take my yearly me time to celebrate his and my birthdays in peace.”

Williams went on to thank everyone for their support and kind words about her father, before offering up some ideas of how his fans can honor him themselves.

“Thank you for loving him. Thank you for supporting him and his life’s work. Thank you for missing him. I do too,” she wrote. “If you’d like to do something in his honor, volunteer at your local homeless shelter, or look up how to make homeless aid backpacks. Give one in his name. He’d have loved that.” She then tagged these organizations in her post: the Challenged Athletes Foundation, the David Sheldrick Wildlife Trust, and the Reeve Foundation.

She concluded, “Mostly, try to spread some laughter and kindness around. And creatively swear a lot. Every time you do, somewhere out there in our vast weird universe, he’s giggling with you… or giving a particularly fat bumblebee its wings. Happy early birthday, Poppo. Miss you every day, but especially these ones.”

Robin Williams committed suicide in August 2014. He was diagnosed with Parkinson’s disease but an autopsy later revealed that he suffered from Lewy Body Dementia, which is a type of brain disease that affected his thinking, memory, emotions, and movements. The disorder is the second-most common type of progressive dementia after Alzheimer’s disease.

The late Williams was one of the most well-known comedic actors in Hollywood and was nominated for four Oscars. The first in 1988 was for his role in Good Morning Vietnam, then again in 1990 for Dead Poet’s Society. Two years later, he was nominated for playing a schizophrenic homeless man in The Fisher King. And, in 1998, he finally won an Academy Award for Best Supporting Actor in the movie Good Will Hunting.