‘This Is Us’: Everything Season 2 Has Already Revealed About Jack’s Death

This Is Us has managed to do what few new NBC dramas have done: keep its audience completely captivated for more than a year. The breakout hit series is known for its emotional moments and its realistic portrayal of life and love.

It’s also offered up some tantalizing, slow-burn mysteries surrounding its characters. And the unanswered questions at the center of these stories keep fans coming back for more tantalizing clues. The biggest mystery of them all is how Jack, the Pearson family patriarch, died. Season 1 ended without offering any definitive answers. But in Season 2, This Is Us has started to help fans put the pieces together.

Here’s everything we’ve learned so far this season about how Jack Pearson died.

1. Rebecca and Jack were back together 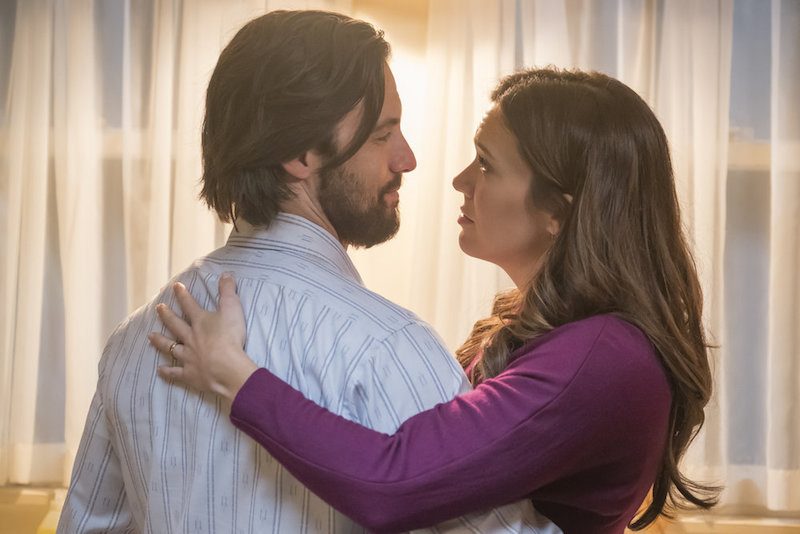 Milo Ventimiglia as Jack and Mandy Moore as Rebecca | NBC

This Is Us’s first season ended on a devastating cliffhanger that had much more to do with Jack’s life than his death. We saw him separate from his wife, Rebecca, after their no-holds-barred fight about her burgeoning singing career.

The future of the Pearsons’ once rock-solid marriage seemed shaky at best. And fans spent the summer worrying that the two were separated when Jack died. That would make his untimely demise even more devastating, because it would have meant that they never had a chance to reconcile.

We learned in the Season 2 premiere, “A Father’s Advice,” that the couple didn’t stay apart for long. Rebecca asked Jack to come back home, even after he revealed to her that he’d been hiding a serious drinking problem from her.

And Jack’s alcoholism, as it’s turned out, has played a significant role in his story in Season 2.

Next: Jack’s addictions shaped the last part of his life.

2. Jack was probably sober when he died 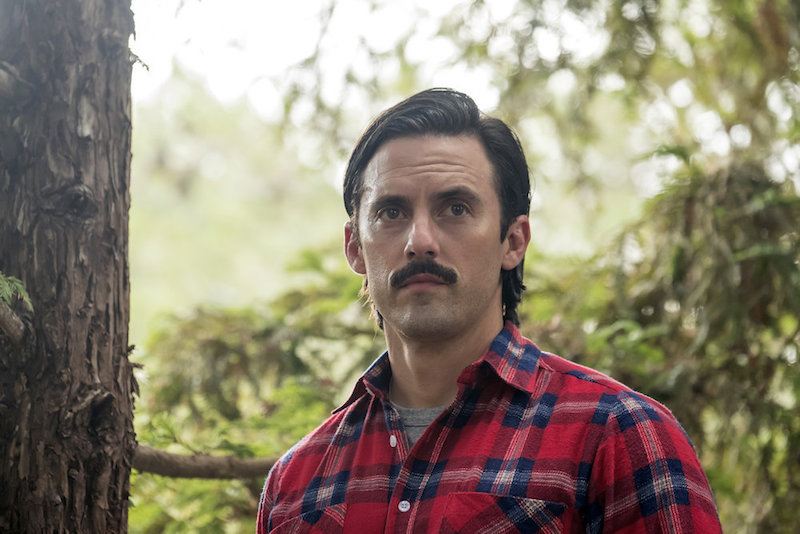 Milo Ventimiglia as Jack on This Is Us | NBC

In the final episodes of Season 1, we saw Jack get behind the wheel after having a few too many. And that dangerous habit led some fans to wonder if Jack’s alcoholism would ultimately be what took his life.

But we’ve learned, in Season 2, that Jack committed to sobriety immediately after Rebecca let him in the house. In “A Manny-Splendored Thing,” we saw him come clean to the kids about his addiction. And he also found an outlet for his suffering: he took up boxing, and started going to AA meetings.

Addiction is a lifelong struggle. So, it’s always possible that Jack could relapse and that his drinking could lead to his death. But it’s looking more and more likely that he was fully sober when he met his end.

Next: Jack took a tragic secret to his grave.

3. Jack was probably still keeping something from Rebecca when he died

This Is Us‘s second season has focused a lot on Jack’s alcoholism. And it’s revealed that he likely suffered PTSD from his time as a soldier in Vietnam. We also learned a heartbreaking secret from Jack’s past: that he had a little brother, Nick, who apparently died in the war.

What hasn’t been clear is how much of his traumatic past Jack has kept to himself. But in the Season 2 episode “Number Three,” he opened up to Randall and took his son to the famed Vietnam War Memorial in Washington D.C.

It was, to date, one of the sweetest and most somber moments between the father and son. But Jack revealed to Randall that he hadn’t even opened up to Rebecca about what he faced in Vietnam. And given that we know he likely dies just weeks later, it seems tragically likely that he took those struggles to the grave.

Next: The Pearsons made a new friend shortly before Jack died. 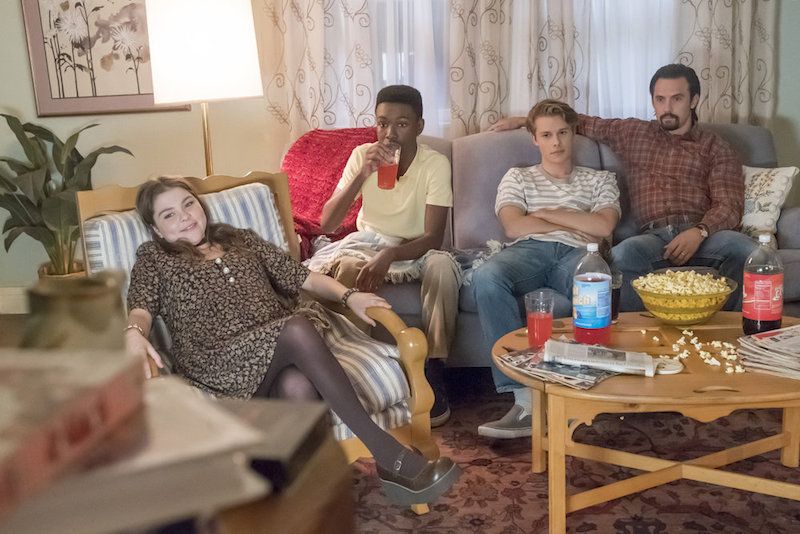 One of the biggest clues that fans look to in deciphering This Is Us’s central mystery is the timeline. We’re still struggling to learn the big whys and whens behind Jack’s death. But we have gotten more context about what life was like in the Pearson household when he died.

In the third episode of Season 2, “Déjà Vu,” Jack and Rebecca attempted to reconnect by going on a surprisingly awkward date. By the end of the evening, they did start to find the spark again. But then, an adorable stray dog stole their attention and interrupted their romantic moment.

The Pearsons’ furry friend may not offer any direct clues about Jack’s death. But we’ll know from now on when we see him, that we’re seeing moments that are closer to when the big event occurs.

Next: Kevin’s injury gives us a clue about when Jack died. 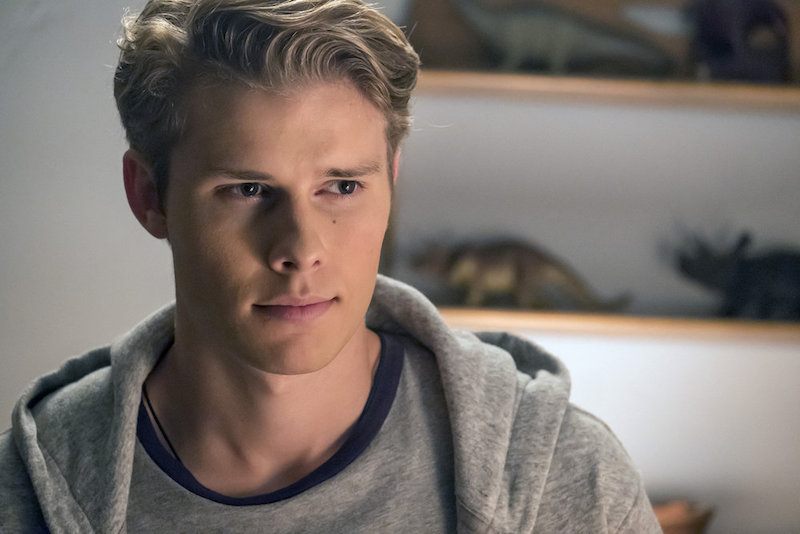 Logan Shroyer as teenage Kevin on This Is Us | NBC

Another big timeline clue that This Is Us has offered in Season 2 centers around Kevin. As an adult, we’ve seen him struggling with an old knee injury from when he played football in high school. And we saw, in the closing moments of the Season 2 premiere, that his leg was in a cast the night Jack died.

In the current This Is Us timeline, we haven’t seen Kevin’s initial injury yet. But most serious leg injuries, like Kevin’s, require a cast for up to eight weeks. So we’ll know when it happens that Jack’s death can’t be more than a few weeks away.

Next: The Big Three lost their dad when they were way too young.

Niles Fitch and Milo Ventimiglia in This Is Us | NBC

In three consecutive episodes during Season 2, This Is Us filled fans in on some defining moments in the Pearson children’s lives. And we saw how excited Jack was as his children planned for college and the future.

“Number One” centered on Kevin, and we learned that he’d pinned his college hopes on a football scholarship — that is, until he broke his leg. In that same episode, we heard Randall tell Rebecca she still had another year with him in the house before he left for school.

We already know Jack likely died just weeks after Kevin broke his leg. And now we also know that the Big Three were juniors in high school when that fateful day occurred. So it’s likely that Jack never got to see them enjoy their last year as high school students.

Next: One of the Big Three may have played a big role in Jack’s death.

7. Kate may have been there 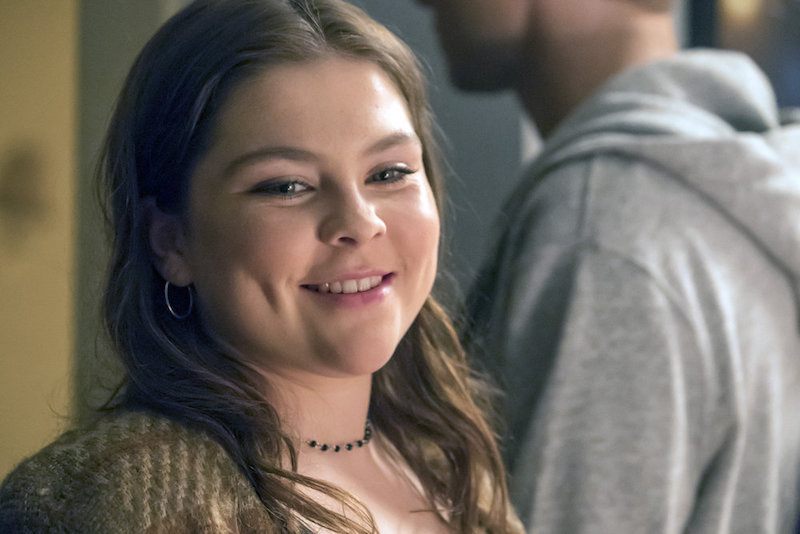 Hannah Zeile as teenage Kate on This is Us | NBC

In Season 1, we learned that Kate blames herself for Jack’s death. She’s carried around that guilt for so long that it’s affected her mental and physical health.

Now, we’re finally starting to get a better idea of why Kate feels that way. In the Season 2 episode “The 20s,” we learned that when she was younger, and still living in Philadelphia, she would park her car in her parents’ old neighborhood.

And Kevin pointed out to her that the behavior wasn’t going to change their father’s fate. “He’s gone, okay?” Kevin told his sister. “And he’s not coming back. Even if you sit there, in the exact same spot where you were when he left.”

That small hint, that Kate was there when Jack died, could actually wind up being a big one. Especially since we now also know how he perished.

Next: His cause of death has finally been revealed, and it’s every bit as tragic as you’d expect. 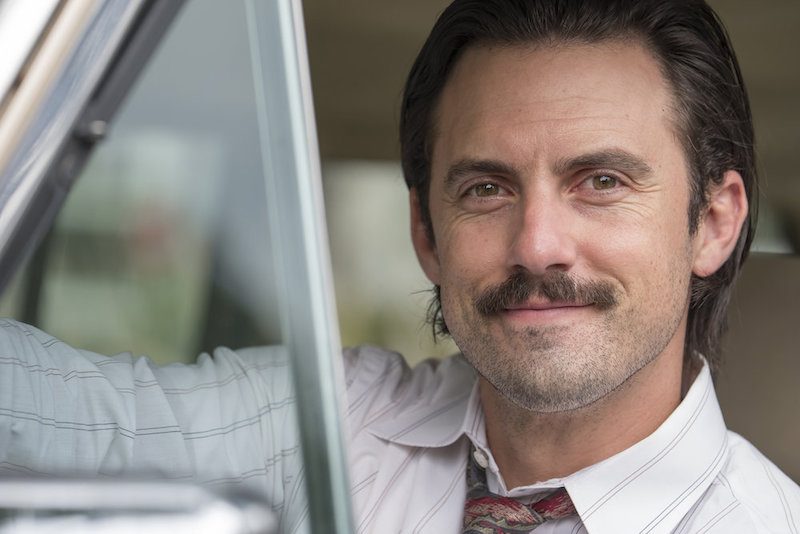 Milo Ventimiglia as Jack on This Is Us| NBC

The Season 2 premiere of This Is Us was bittersweet. While we saw Jack and Rebecca reconcile, we also learned how they would be torn apart once more. In the final moments of the episode, “A Father’s Advice,” we saw the family, devastated, as they began to take in the news that Jack had died in a fire.

It’s a particularly horrific death, one that implies he likely suffered quite a bit before it was over. And the Pearsons lost more than just Jack that night.

Next: Jack wasn’t the only thing the Pearsons lost in the fire.

9. The Pearsons lost their house 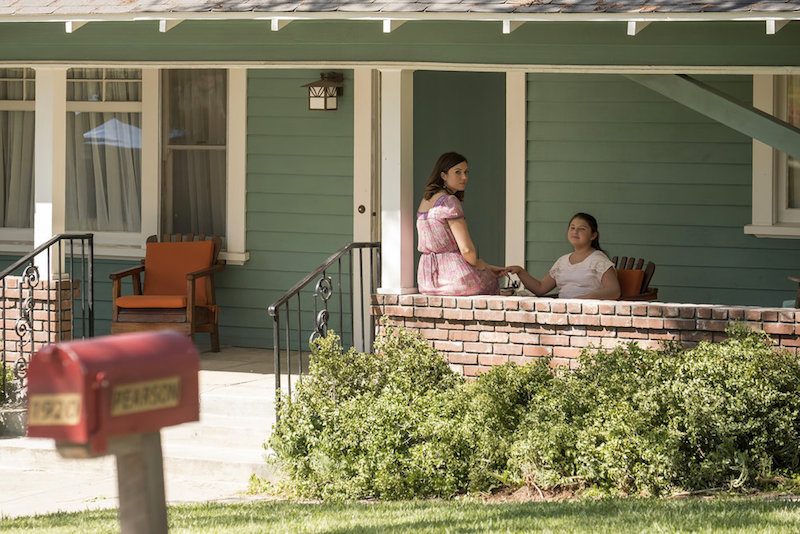 The Pearson family home on This Is Us | NBC

It’s bad enough that Jack died, and that the manner of his death was so terrible. But we also learned in “A Father’s Advice” that the Pearson home — the one he bought, and fixed up for their soon-to-be family — was completely destroyed, too.

Right before the end of the episode, we saw Rebecca pull up in front of their home. On the passenger seat, there was a bag with the remainder of Jack’s personal belongings, including his wedding ring. And just outside her car window, there was their house, burnt down to the foundation.

Rebecca’s scream of agony at the sight, and the terrible loss, was almost unbearable. We still haven’t learned what events led to the fire. But we now know that we can likely expect to learn more before Season 2 ends.

Next: A small clue could the key to why Jack died the way he did.

10. A simple mistake may have contributed to Jack’s death

At this point, we know how, where, and roughly when Jack died — as well as who else may have been involved. And in the Season 2 episode, “Clooney,” we got a huge clue as to why.

Right before a big trip to the mall, Rebecca told Jack they had to buy batteries. But as the day wore on, the Pearson parents got wrapped up in helping the Big Three (and a wallowing Miguel).

When they returned home, Jack told Rebecca that he was ready to start his family business. But before they started discussing the details, she asked if they’d forgotten anything at the mall.

Jack said he didn’t think so — but then, the camera panned up to reveal their smoke detector, in dire need of some batteries.

We still don’t know what causes the fire in the Pearson home. But we now know that the couple’s seemingly harmless forgetfulness could have been a huge factor in Jack’s ability to get out of the home.

This Is Us airs Tuesdays at 9 p.m. Eastern on NBC.