After many years of wanting to have children, the youngest Kardashian sister, Khloé Kardashian, is finally a first-time mom. The reality star and socialite gave birth to her daughter, True Thompson, on April 12, 2018. Unfortunately, the baby’s birth was marred by a massive cheating scandal involving her father, NBA player Tristan Thompson. The Cleveland Cavelier’s star was photographed and videoed being inappropriate with several women, kissing, fondling, and even entering and exiting his hotel with a woman.

Though it was touch and go at first, it seems like Kardashian has forgiven her baller bae and has decided to move forward keeping her little family together. This is what her new life looks like as a mom. For now, Kardashian seems content to remain in Cleveland away from the prying eyes of the paparazzi especially as she weathers the after-effects of the cheating scandal. Unlike Los Angeles, she feels comfortable being out and about in the Midwest without people and photogs hounding her and her daughter.

According to People, “She seems to enjoy her life in Cleveland. She walks the baby around their neighborhood every day.” We love that Khloe is finally sharing photos and videos of True. | Khloe Kardashian via Instagram

Though the most beloved Kardashian sister seems to be making it work with Thompson, her primary focus has been on bonding with her daughter. Though she does have a nanny on standby, the Good American designer is incredibly hands on.

An insider revealed to People, “[Khloé] is very hands-on with her baby daughter, and although she “has help” with the newborn, it’s more as support and company. Khloé seems to like having someone with experience help her, but she still spends most hours of the day with her daughter.”

Next: Moving on from the drama 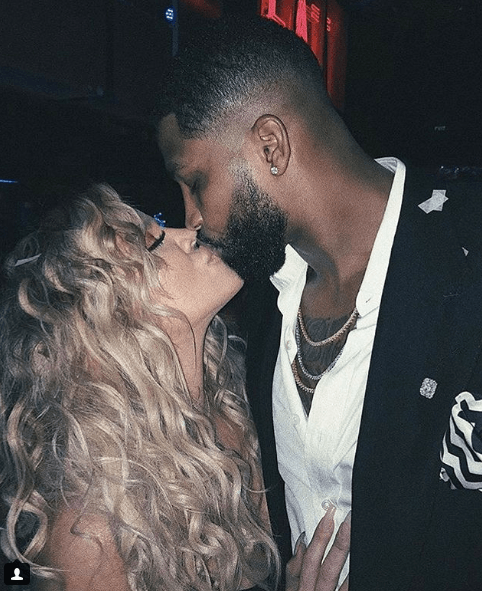 Despite the drama, things to be going well for the couple. | Tristan Thompson via Instagram

Many were stunned to see Kardashian out and about with Thompson just a few weeks after True’s birth. The Revenge Body star was spotted at one of his basketball games, seeing a movie with him, and even eating dinner with some friends.

An insider told People, “She looks great. She and Tristan have socialized with friends a couple of times. But mostly, Khloé stays home with her baby.”

Next: Holding it together She’s happily looking toward the future with Tristan and her new baby. | Khloe Kardashian via Instagram

Though her family is reportedly furious with Thompson, Kardashian is focused on staying positive. A source told People, “Khloé is focusing on the positives. She loves being a new mom. She’s raising a beautiful baby girl and focusing on keeping both True and herself healthy, mentally and physically.” We can’t get enough of baby True. | Khloe Kardashian via Instagram

Since Thompson was playing the Celtics during Mother’s Day weekend in Boston and Kardashian’s sisters and mother are back in Los Angeles, the first-time mother spent Mother’s Day with her daughter, True. She celebrated True’s first month of life by posting the sweetest video of the adorable infant with the caption, “I love you, pretty girl.”

Kardashian also shared a stunning flower bouquet that spelled out the word “Mommy” as well as some balloons that said, “Koko.” She wrote, “I feel so loved.”

Next: Side eyes from her sisters

Friction with the fam 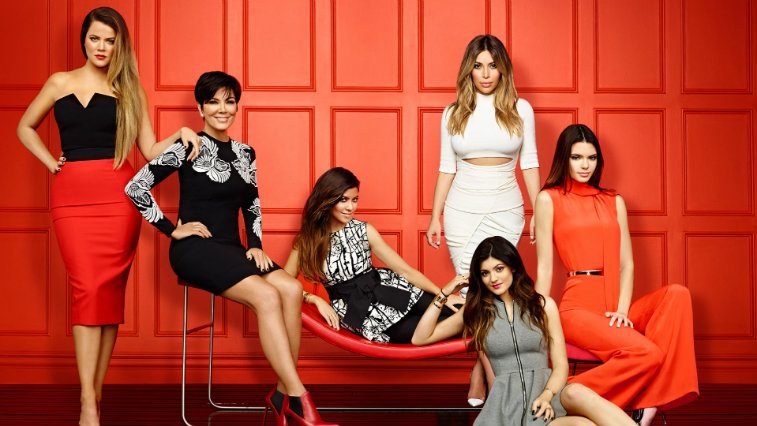 Thompson still has a lot to prove to his mother- and sisters-in-law. | E!

Kardashian’s choice to reconcile with Thompson has not gone over well at all with her family. Her mother, Kris Jenner, burst into tears when discussing the cheating scandal on The Ellen DeGeneres Show.

Her big sister, Kim Kardashian-West, tried to be a bit more pragmatic when speaking to DeGeneres. She said, “Poor Khloé. Like, I don’t even know how to describe it besides it’s just so f—ed up. We really were rooting for Khloé. And we still are. She’s so strong, and she’s doing the best that she can. It’s a really sad situation, all over.”

Thompson has reportedly blocked Kardashian-West in the wake of her comment. An insider revealed to People, “The family is still not happy with Tristan, and they have no desire to spend Mothers’ Day with him.”

Next: Doubling down on her relationship

Determined to make it work 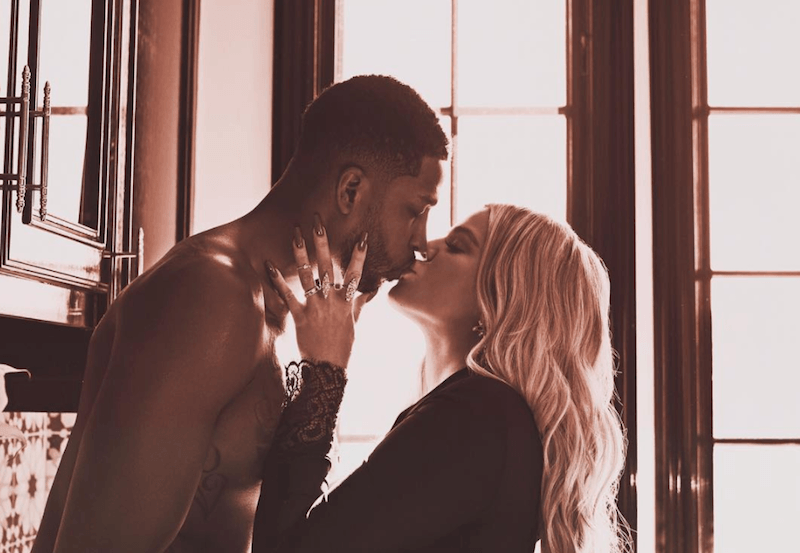 She really wants to make their family function. | Khloé Kardashian via Instagram

Though it was reported that Kardashian couldn’t wait to return to LA after the cheating scandal broke, now she’s determined to stay in Ohio to make her relationship work despite her family’s concern.

A source explained to People, “When she wants something to work, she will make it work, Her family’s issue with Tristan is that they think he won’t change. But Khloé isn’t listening to this. She has been very firm with Tristan, and she believes he wants to keep his family together as well.”