This Is Why Amal Clooney Fell In Love With George

The world fell in love with human rights lawyer and activist Amal Clooney when she was thrust into the spotlight as the love of George Clooney’s life. The stunning couple met in July 2013 at Clooney’s home in Lake Como, Italy. Since then the pair has fallen madly in love, gotten married (even though Clooney swore he would never marry again), and are now parents to twin toddlers, Alexander and Ella.

So how did their romance begin? This is why Amal Clooney fell in love with the devilishly handsome Hollywood actor.

His side of the story 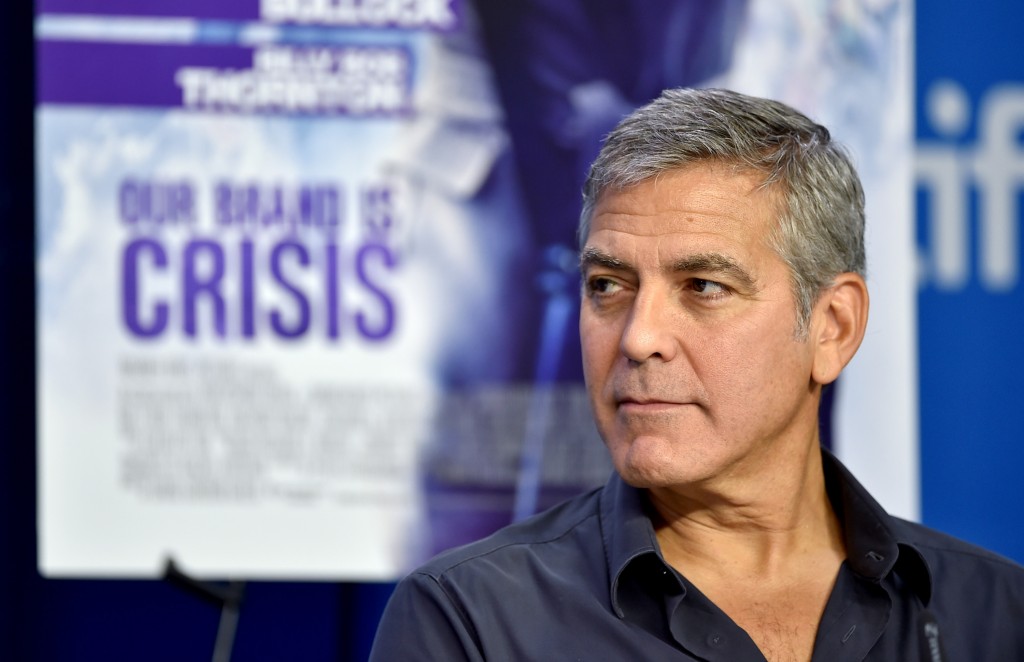 He fell for her almost immediately.| Kevin Winter/Getty Images

In the fall of 2017, the actor/director opened up to The Hollywood Reporter about falling for his wife, who just happened to stop by his home with a mutual friend while his parents were visiting. He remembered:

I thought she was beautiful, and I thought she was funny and obviously smart. I don’t know [what she thought of me]. She probably thought I was old. Then she sent some pictures from when she was here, and we were writing each other, emailing, talking, mostly about what was going on in each other’s lives, and over a period of time it became clear we were more than just friends.

Next: Some super cute emails 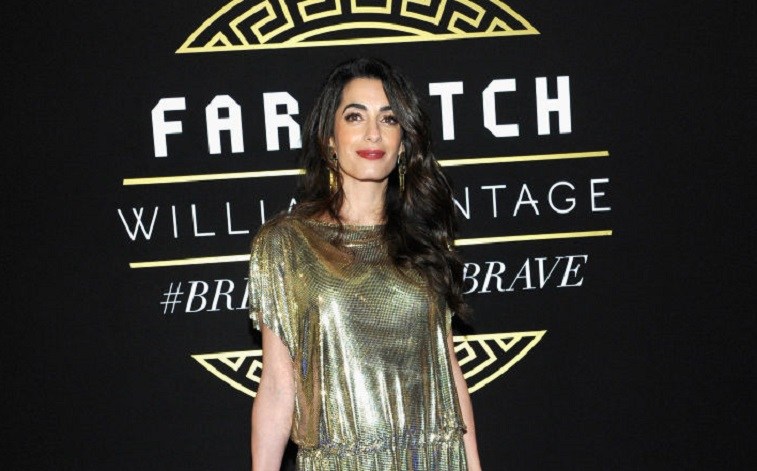 She was amused by his letters. | | John Sciulli/Getty Images for Farfetch

Of course, Mrs. Clooney had a bit more insight into the couple’s meet-cute than her husband. She recalled their initial meeting at Lake Como and that they began emailing a lot shortly after that.

The Lebanese-British barrister told Vogue, “[He] responded with a clownish gambit, writing her repeated notes in the voice of his dog Einstein, who claimed to be trapped in various places and in need of legal rescue.”

It looks like the A-list actor was trying to find a way to get his future wife to warm up to him. After all, he knew he was interested in her, but he had no clue how she felt about him.

Next: They’ll always have London 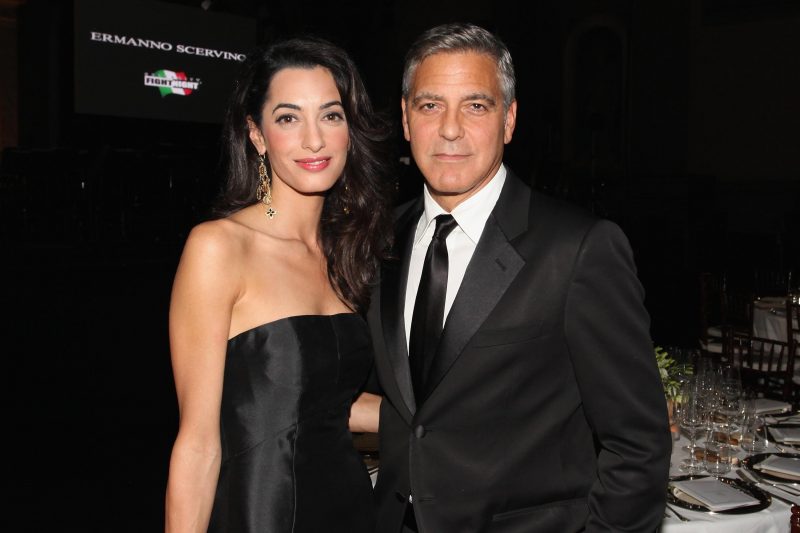 She wasn’t sure she wanted to be in spotlight with him. | GettyImages/Andrew Goodman

Things really began heating up for the brunette couple in October 2013, when they reconnected in London. By that time, Amal knew she had feelings for the actor, but she also realized that being thrust into the spotlight wasn’t going to be easy.

Her friend and cousin Tarek Miknas recalls her saying, “I don’t know what to make of it. The worst part is, I really like him. And he’s coming tomorrow!” 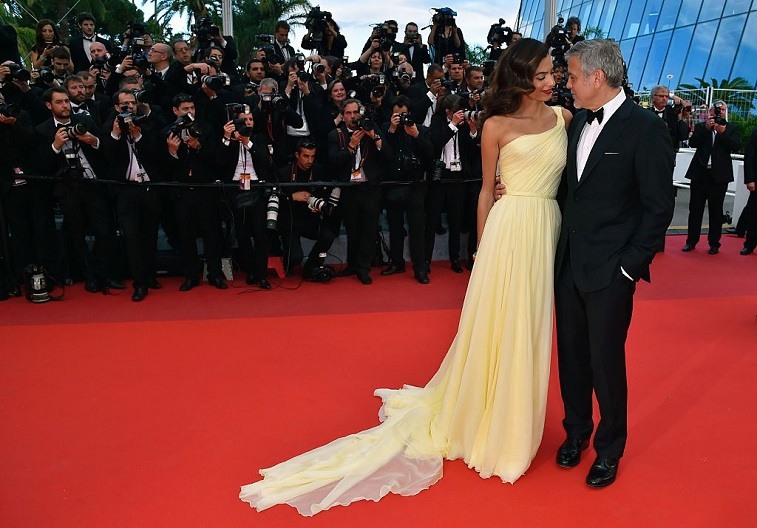 That initial meeting in London changed everything for the parents of two. The Monuments Men director said of their first official date, “It was one of those places that was incredibly hip and chic. And when we came out, there were 50 paparazzi there. But she handled it like a champ. And pretty quickly, things escalated once I was in London.”

Amal recalled that they began secretly dating and seeing each other every single day. She explained, “It felt like the most natural thing in the world. Before that experience, I always hoped there could be love that was overwhelming and didn’t require any weighing or decision-making.”

Next: An overwhelming love 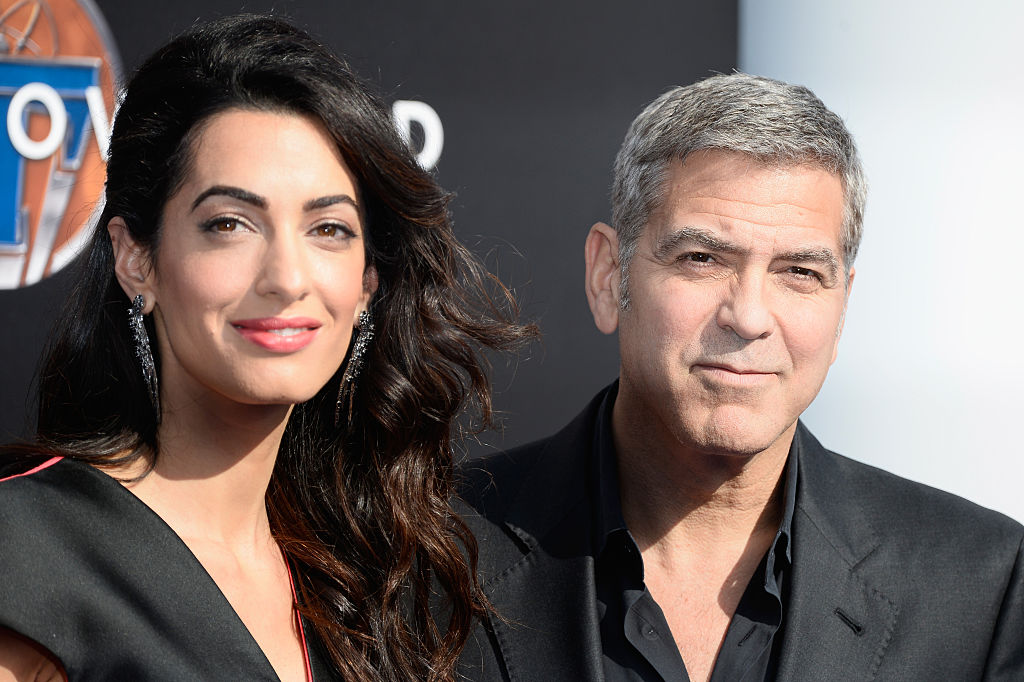 A family wasn’t a top priority for her. | Frazer Harrison / Getty Images

Though she was widely successful in her career, Amal had no idea if she would ever fall deeply in love or if she would have a family. It’s something she remembers not being very excited about when it didn’t seem possible.

She explained to Vogue:

Love, it’s the one thing in life that I think is the biggest determinant of happiness, and it’s the thing you have the least control over. Are you going to meet this person? I was 35 when I met him. It wasn’t obvious that it was going to happen for me. And I wasn’t willing or excited about the idea of getting married or having a family in the absence of that. 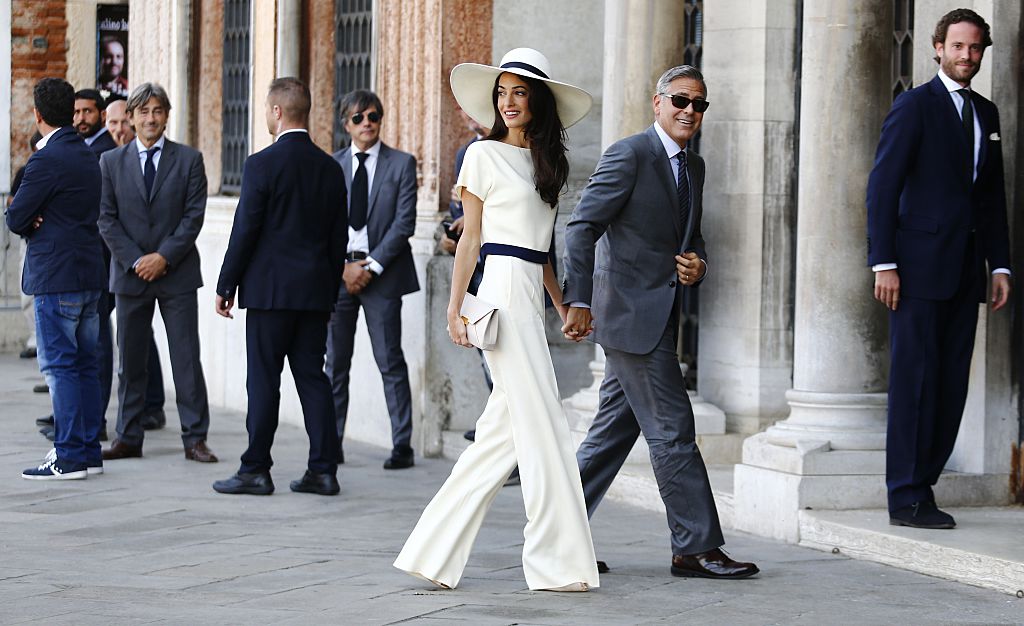 They were married in Italy in 2014. | Pierre Teyssot/AFP/Getty Images

After their whirlwind six weeks in London, the couple spent the holidays together in Cabo San Lucas and went on a Safari in Kenya. By the time the Hollywood legend returned to Los Angeles in February, he was certain that Amal was the one. He told his friend he was going to marry her and even purchased a ring. He completely sprung his proposal on Amal because they hadn’t even discussed marriage. 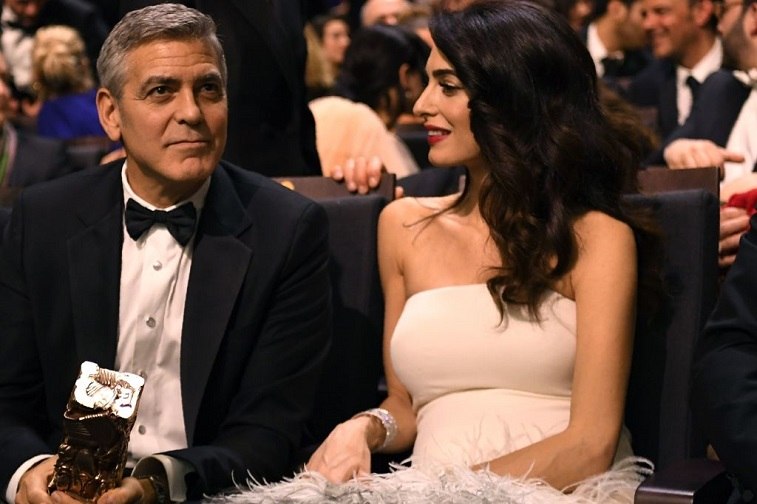 They decided to have children after they got married. | Bertrand Guay/AFP/Getty Images

After getting married, the pair still didn’t know if they would have children. Clooney told The Hollywood Reporter,

It had never been part of my DNA. We didn’t plan on it. We never talked about it until after we were married, which is funny. There was an assumption that we didn’t want them. And then, after the wedding, Amal and I were talking and we just felt we’d gotten very lucky, both of us, and we should share whatever good luck we’ve got. It would seem self-centered to just have that belong to us.

The two are now parents to twins.