Frozen 2 might not be premiering until 2019, but that doesn’t mean actress Kristen Bell isn’t already preparing for it. The Good Place actress starred as Anna in the 2013 smash hit, the soundtrack for which is still ringing in our ears. As we all begin to brace ourselves for more hit songs and a whole new plot bringing Anna and her Ice Queen big sis, Elsa (Idina Menzel), back to the big screen, Bell is giving us snippets of what we can expect.

Despite the success of the film, it’s clear that Anna doesn’t get quite the same amount of love that Elsa does. (Honestly, we think it’s because Elsa has a better outfit.) Still, from the looks of Bell’s Halloween costume to her hilarious parody, the 37-year-old actress has tried to be a good sport about it.

Check out Bell’s hilarious Frozen parody and find out what you can expect when Frozen 2 hits theaters. 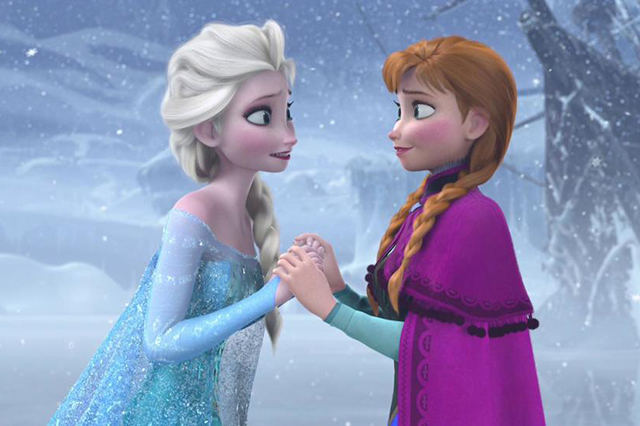 Frozen will be back for a sequel. | Disney

Disney will unleash Frozen 2 into the wild on November 27, 2019 — the day before Thanksgiving. The whole crew including Bell, Menzel, Josh Gad as Olaf, and Jonathan Groff as Kristoff are set to return but don’t expect a typical sequel.

In fact, Bell told the Radio Times that the film will be “a story that needs to be told.”

An ending before the beginning 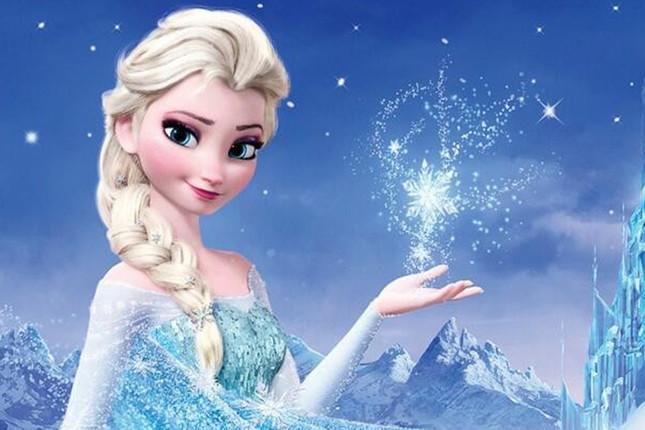 The Frozen 2 ending has already been figured out.  | Disney

Obviously, Disney doesn’t want us to have nice things, so it hasn’t revealed any details about the plot for Frozen 2.

However, Frozen creator Chris Buck did decide to throw us a bone when he revealed that the ending for Frozen 2 was thought of first, so the writers are now working backward to fill in the story. 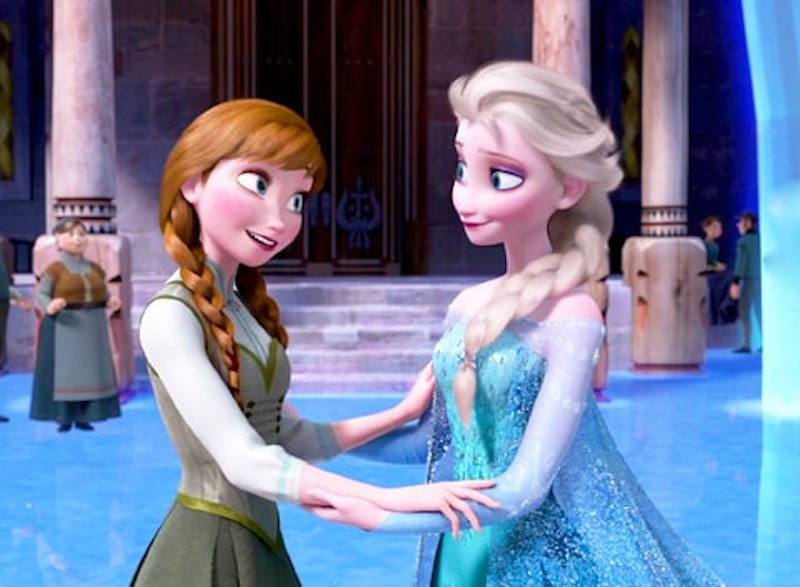 There are lots of rumors about the coming sequel. | Disney

Though we don’t exactly know what to expect from Frozen 2, there are a ton of rumors about what the plot might contain. Fans believe that we might get everything from an Olaf love story to a discovery that Anna and Elsa aren’t actually siblings. (After all, the sisters looking nothing alike.)

Maybe Anna will even get powers of her own.

When your daughter demands you BOTH be ELSA for Halloween…you GRIN AND FORKING BEAR IT. #halloween

We all know that Elsa gets all of the hype — and apparently that even happens in the Bell/Shepard household. Last December, Bell told CBS News that her daughters Lincoln and Delta, whom she shares with husband Dax Shepard, weren’t fans of Frozen. Bell said, “I put it on for them, and it was a little too scary. They like the characters, but they don’t really watch the movie.”

However, it looks like the girls have had a change of heart this year. On Halloween, Bell posted a photo of herself with the caption, “When your daughter demands you BOTH be ELSA for Halloween…you GRIN AND FORKING BEAR IT. #halloween”

While Bell’s Anna might have the same spunk and zest for life that we’ve grown accustomed to, Elsa is going to be going through some major changes.

Buck told Fandango, “[In Frozen] she had such a dramatic journey, and at the end, she’s just starting to feel like she can open up and have some fun again. That’s what was really good about the short [2015’s Frozen Fever] – we could have fun with Elsa. And that personality… you will see in the next one.”

Bell’s Halloween costume wasn’t the only way she’s gearing up to return to the land of Frozen. The actress appeared on the YouTube original series Ryan Hansen Solves Crimes on Television playing herself while playing Elsa. (Yes, it’s just as good as it sounds.)

In the episode she says, “[N]o one wants to pay to see me play Anna, okay? They’re always like, ‘Can you do Elsa? Can you sing the song?’ Of course, I can sing the song. I have the voice of a godd*mn angel.”

Just a little tasty frozen treat to carry you into the weekend! Excited to share a sneak peak of "Ring In The Season" from #olafsfrozenadventure! In theaters 11/22 with #PixarCoco and the soundtrack is out 11/3!

If waiting until 2019 seems like too much to bear, you don’t have to wait much longer to see Olaf’s Frozen Adventure. The Frozen short will play before Pixar’s Coco, which is set to debut on Nov. 22, 2017.

The 21-minute film will follow Olaf and reindeer Sven as they try to get Anna and Elsa into the holiday spirit by learning about traditions.