Tim Cook’s Net Worth, and How He Became Apple’s CEO

Tim Cook has stated that money is not his motivation for waking up before 4 a.m. or boosting Apple’s value to over $1 trillion. That’s an unexpected remark from the CEO of such a well-known and profitable tech company. But his multi-million dollar salary apparently isn’t going to waste.

Here’s how an industrial engineering student went on to become Steve Jobs’ successor, how much he’s worth today (he’s not the multi-billionaire you might expect), and what he does — and plans to do — with the money he has earned. Hint: He’s not planning on spending any of it on himself.

Before working at Apple, Tim Cook served as the vice president of Corporate Materials for Compaq, which Hewitt-Packard acquired in 2002. The company developed its own brand of computer software and hardware, and Cook managed its product inventory. He also worked for IBM and Intelligent Electronics before accepting a position as vice president at Apple in 1998.

Cook assumed the role of Apple CEO in 2011, after serving as the company’s Chief Operating Officer and serving as the head of its Macintosh division. He oversaw global sales and management operations, but simultaneously developed ongoing relationships with Apple suppliers.

He was named CEO after Steve Jobs’ resignation and eventual passing in October 2011. Jobs was the one who recruited him to join the company in 1998, and the roles Cook held and the profits he earned the company more than prepared him to take on the task after Jobs resigned.

Tim Cook’s net worth and salary

Apple is reportedly associated with one living billionaire — Lauren Powell Jobs, who inherited over $14 billion in assets from her late husband. As Apple’s CEO, Cook accepts an impressive salary. But it’s not nearly enough to collect assets that compete with the company’s co-founder. Yet.

He is worth an estimated $625 million as of 2018, but this number could be higher based on Apple’s status as a trillion-dollar valued company. His reported annual salary is around $3 million.

Compared to Bill Gates and Jeff Bezos, Tim Cook’s net worth doesn’t seem like much. But that probably has a lot to do with what he does with his money. He does invest — but not much for added profit, as many of the world’s richest men and women often do.

How he spends his money 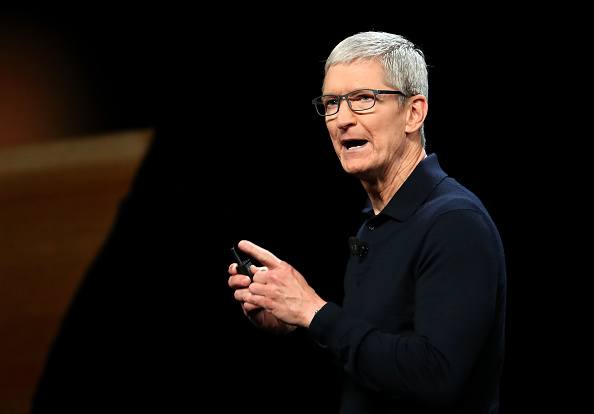 Tim Cook is not married and doesn’t have children. His frugal tendencies hardly match the spending habits you might expect from a multi-millionaire.

But he’s not storing it all away in a secret underground safe somewhere. He’s a known political spender, hosting fundraisers for both Barack Obama and Hillary Clinton. He is technically saving up for something significant — but not a mansion or exotic vacation.

Instead of spending his earnings on himself, he’s saving to pay for his young nephew’s college education. He reportedly plans to give all his wealth to charity after his death.

That’s not too surprising if you follow his past philanthropies. He is part of the Giving Pledge, through which members promise to donate more than 50% of their fortunes to charities or other philanthropic efforts during their lifetime or after their deaths.