‘Time After Time’ vs. ‘Making History’: Which Show Is Worth Your Time?

Time travel has been a huge trend on TV in recent years and this midseason is no different. Case in point? March is bringing us not one, but two new time traveling shows: the Fox comedy, Making History and the ABC drama, Time After Time.

Each series sounds plenty interesting and both hail from acclaimed creative teams. Making History comes from the mind of writer and producer Julius Sharpe (Family Guy, Dads), and is produced by none other than Hollywood’s hardest-working duo, Phil Lord and Christopher Miller. Meanwhile, Time After Time was created by Kevin Williamson, the creator behind hit shows like Dawson’s Creek, The Vampire Diaries, and The Following.

But while both shows may seem promising, chances are you won’t want to commit to both. After all, there’s a lot of good TV to watch these days and only so many hours in a week. So which of these two shows is actually worthy of your time? We have the answer. Read on to find out! 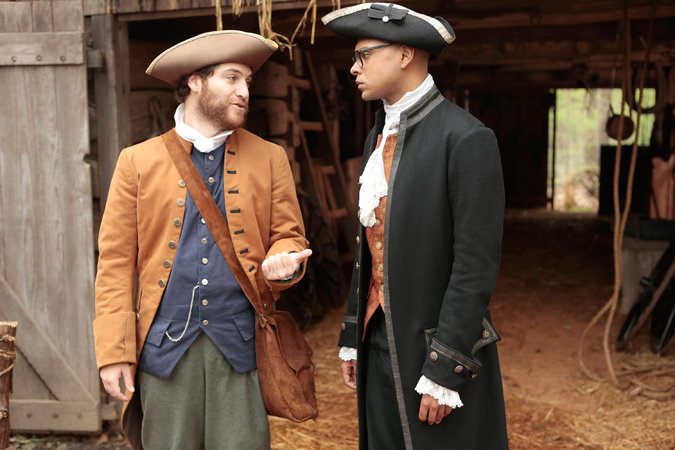 First, let’s break down the basic premise of each show.

Making History follows Dan, a nerdy computer science professor whose life becomes a whole lot more exciting after he comes across a time traveling apparatus (in duffel bag form!) left behind by his father. He begins traveling back and forth to the 18th century with a co-worker, using his knowledge of the future to make new friends and even gets a new girlfriend (who just so happens to be the daughter of Paul Revere). What the two don’t realize is that their meddling could change the entire course of history. Cue chaos.

Freddie Stroma and Josh Bowman in Time After Time | ABC

Time After Time takes a more dramatic approach to time travel. Based on the 1979 film of the same name (which itself was inspired by Karl Alexander’s book), the show follows a younger version of famed science-fiction writer H.G. Wells as he’s transported to modern day Manhattan in pursuit of Jack the Ripper. Yes, that Jack the Ripper. Once H.G. arrives in today’s New York City, he finds a world he never thought possible — and a captivating young woman who must help him track down the serial killer.

So who plays who? That brings us to …

Making History features a strong cast, with Adam Pally playing the main character, Dan. As fans of either Happy Endings or The Mindy Project will tell you, Pally is pretty much always a delight to watch and that doesn’t change here. His goofy character makes a perfect counterpoint to Leighton Meester’s Deborah Revere, a sweetly naive young woman who is captivated by Dan’s seemingly endless knowledge (little does she know). Even more importantly, Pally has a great rapport with Yassir Lester, who plays Dan’s friend, co-worker, and fellow time traveler, Chris.

John Gemberling and Neil Casey round out the Making History cast as a John Hancock and a hilariously mischievous Sam Adams, respectively. Word to the wise: just because Adams is a Founding Father doesn’t mean you should trust him with your beer. 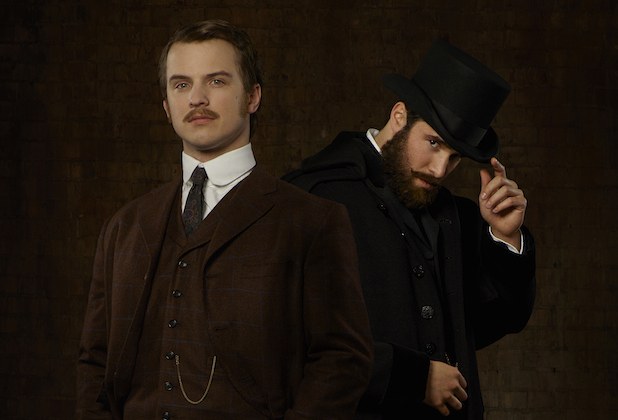 Freddie Stroma and Josh Bowman on Time After Time | ABC

Time After Time also revolves around a core trio of characters. Freddie Stroma does a fair job playing a younger, charismatic H.G. Wells, who is eager to make his mark on the world — starting with his belief in time travel. Meanwhile, Josh Bowman delivers a much less believable portrayal of John Stevenson aka Jack the Ripper, who uses Wells’ time travel machine to escape persecution in his own time.

Given that the show is supposed to be a cat-and-mouse game between the two, it’s crucial that Bowman and Stroma share a compelling dynamic. Unfortunately, it feels like the two have barely met, let alone have any kind of affinity for each other.

Stroma shares slightly better chemistry with Genesis Rodriguez, who plays Jane Walker, the museum curator that Wells meets in present day New York. The two characters hit it off fairly quickly, but their relationship is derailed by Jack the Ripper’s evil plans. 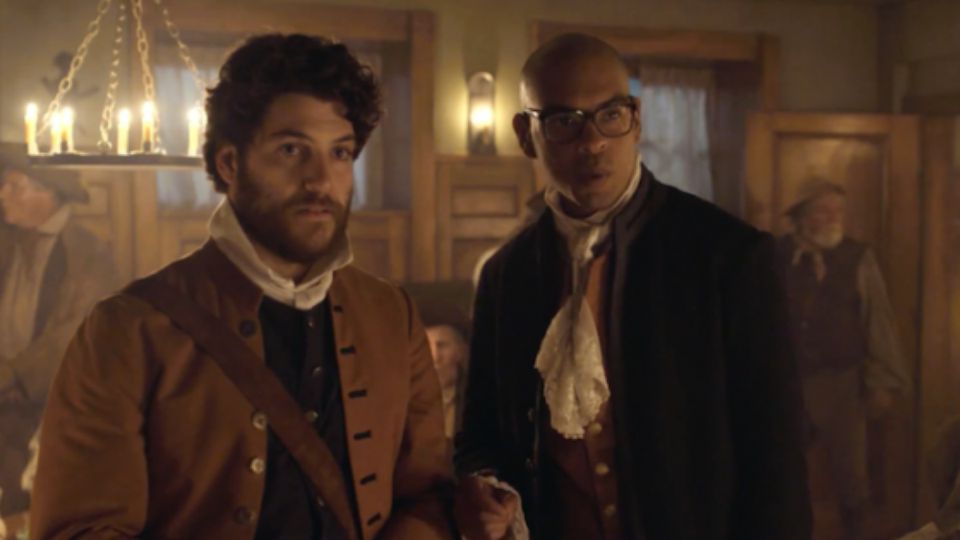 There’s no shortage of time travel shows on TV these days, but some do a job better than others. In the case of Making History and Time After Time, both shows waste no time introducing the element into their plotline, with at least one character jumping time periods pretty early on in both pilots. But the similarities in approach pretty much end there.

Making History makes time travel funny again, using the conceit to gently mock heroes of the past, Drunk History-style. It doesn’t get caught up in the technicalities of time travel and if you’re watching, neither should you. This show isn’t about the science behind jumping between time periods, it’s about poking fun at American institutions … and maybe proving that our Founding Fathers aren’t above a good-natured prank (especially if it involves a chamber pot).

Contrarily, Time After Time jumps into the future, instead of the past — which unfortunately means you can expect to see the characters doing some predictable marveling at cell phones, hoverboards, and other forms of modern technology. As if that wasn’t bad enough, Stroma’s Wells makes a couple of cringeworthy comments pointing out the differences in the way women and people of color are treated these days. It all feels cliche and a bit half-baked, especially since Wells and Stevenson are barely established in the past before they get catapulted to the future.

The funny vs. the drama

Josh Bowman as Jack the Ripper on Time After Time | ABC

While the shows may share the fantastical element of time travel, they fall into different overall genres, albeit to different levels of success. Making History is a fairly straightforward comedy and it does it well, delivering consistent laughs and endearing performances from all of its cast members. Not every joke lands (and some feel kind of outdated), but you can always count that something funny will happen sooner rather than later — which, to be frank, is more than can be said about a lot of comedies on TV these days.

On the other hand, Time After Time is some combination of a period drama and a science-fiction series. That odd mashup doesn’t always work, mainly because the drama just isn’t compelling enough to keep you tuned in. Though it seems like there should be plenty of material to mine, the show doesn’t make much use of it. Instead, the pilot delivers a very close and mostly dull retelling of the 1979 film that it’s based on.

Making History gives itself room to deviate from its central premise. The time traveling duffel bag can take the characters anywhere in the past and in later episodes, they take advantage of that to travel to mid- 20th century Chicago, among other places. That means there’s lots of opportunity for plenty of fun and entertaining exploits to come.

As for Time After Time, the show still has plenty of, well, time to ramp up its storytelling, now that it’s established its core premise in the pilot. If it mines those opportunities and perhaps opens up its plot to discuss some larger themes about the differences between the past and today’s world, it could live up to its full potential.

What else doesn’t work 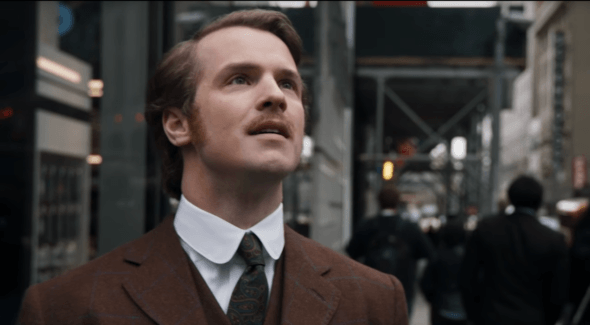 Freddie Stroma as H.G. Wells on Time After Time | ABC

While the Making History cast generally share great chemistry, the show could do a better job of making viewers care about Dan and Deborah’s blooming relationship. After all, if he’s willing to (literally) rewrite history to be with her, we should probably be a bit more invested in their relationship.

Time After Time has the material to get more inventive with the time travel conceit. It should take advantage of that, instead of relying on a hodgepodge of been there, done that tropes. 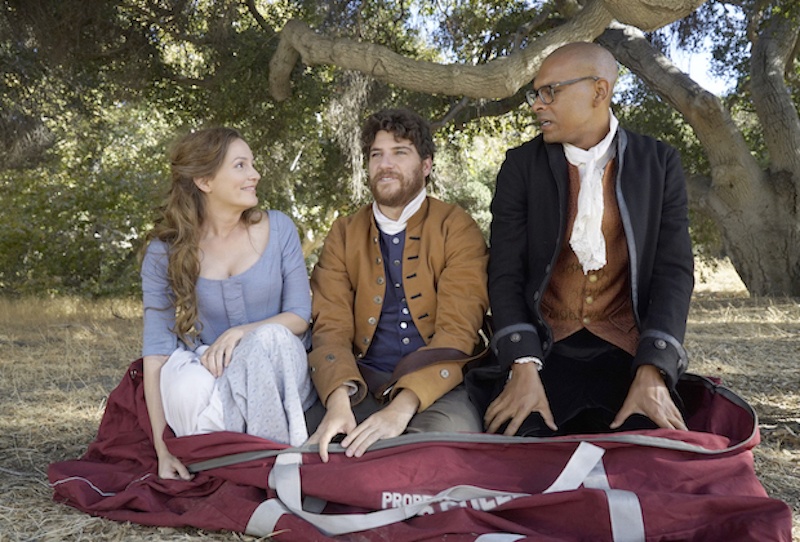 If you’re looking to add a new time travel show to your DVR, there’s only one worth spending your time on this midseason: Making History. It’s silly and surreal and manages to make the whole time-traveling thing feel entertaining again, instead of just worn out. Plus, in today’s climate of political and societal uncertainty, what better way to pass the time (pardon the pun) than by revisiting the days of revolutionary upheaval?