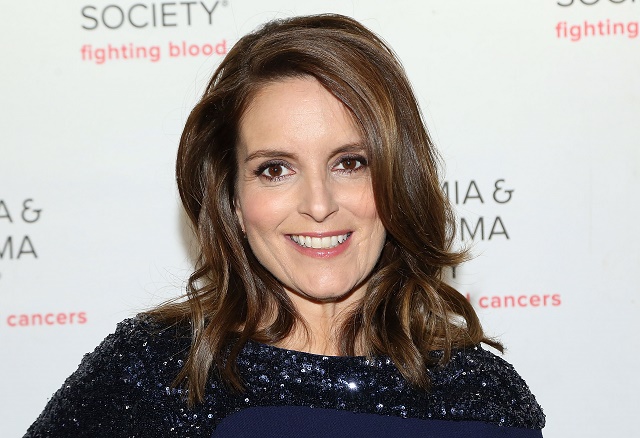 Tina Fey is teaming up with Disney to develop a witch-themed movie, but sadly, it’s not the Hocus Pocus sequel that everyone was hoping for. Though rumors were swirling earlier that the 30 Rock Golden Globe winner was developing the long-awaited follow-up to the beloved 1993 Halloween-themed flick, it turns out that her supernatural feature project is a little different than what was originally reported.

According to Deadline, Fey’s latest film is being described as more Ghostbusters-esque than Hocus Pocus. Fey is slated to star in the movie, which is in the early stages of development and is currently only known as Untitled Witch Project. She will also take part in producing through her company Little Stranger alongside Allison Shearmur, the current producer of Disney’s 2015 live-action film Cinderella. Meanwhile, no Hocus Pocus 2 project is currently in the works.

The announcement will definitely come as a disappointment to those who have been waiting years for a new story from the Sanderson sisters (played by Bette Midler, Sarah Jessica Parker and Kathy Najimy in the original) and, even more so to those who were especially excited to hear of the possibility of the project with Fey involved in various aspects of the making of the film. While few details are known regarding Fey’s witch project with Disney, a movie in the vein of Ghostbusters starring her doesn’t make for such a bad consolation prize, particularly if it incorporates the witty humor she is known and admired for.

Starting with a fresh story and group of characters may even be better. Most moviegoers that have ever followed a franchise, even halfway, often feel the follow-up film rarely lives up to the first. Meanwhile, the potential of a brand-new script may spark interest and maybe even a little bit of hope in those lamenting the unoriginality in Hollywood these days, particularly since Fey will be masterminding it.

No other stars have been attached to the project as of yet, at least publicly. However, the original report that mistakenly claimed Fey would be producing Hocus Pocus 2 also named fellow funny lady Melissa McCarthy in connection to the supposed film. While it’s hard to think of a more irresistible duo to watch on screen (other than perhaps Fey and her good friend and former Saturday Night Live colleague, Amy Poehler), the public will have to wait to see if that rumor actually holds any weight or is only further speculation.

As for the possibility of a Hocus Pocus sequel, fans shouldn’t lose all hope yet. While the project may be nonexistent now, it wouldn’t be a total surprise if Disney eventually revisited the idea in the future, especially after seeing all of the excitement caused by this recent rumor.

While it’ll likely be a while before we see anything of Fey’s witch project, the former small screen actress has plenty on other film projects on her plate these days. She is currently filming Universal’s The Nest with Poehler and is also producing Paramount’s The Taliban Shuffle, alongside directors John Requa and Glenn Ficarra.