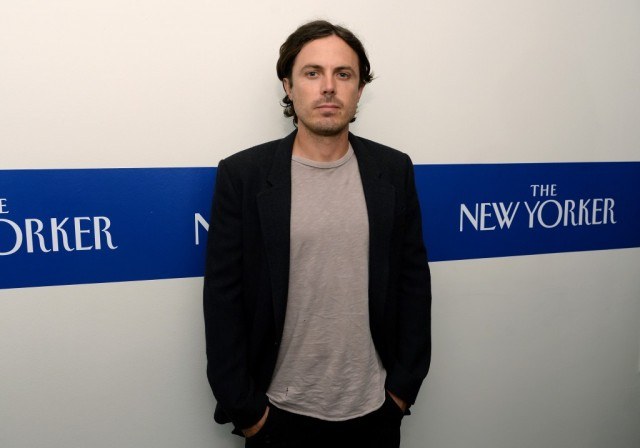 HBO is officially forging ahead with Lewis and Clark. After years in development and an extensive casting process, the network has finally given the go-ahead to the historical miniseries, based on Stephen E. Ambrose’s book Undaunted Courage.

Starring Casey Affleck and Matthias Schoenaerts as famed explorers Meriwether Lewis and William Clark, the developing series will chronicle the story of “America’s first contact with the land and native tribes of the country west of the Mississippi River.” Over six hour-long installments, the series will center on the Corps of Discovery captains, who end up crossing uncharted territory while on a mission to deliver President Jefferson’s message of sovereignty and find his fabled all-water route to the Pacific. Per HBO’s official synopsis, the miniseries will showcase Lewis and Clark’s incredible achievements, as well as highlight the “physical, spiritual and emotional toll” that their legendary expedition takes on them.

Though Affleck and Schoenaerts are on board to lead the cast, there is even more serious star power behind the scenes of the project. According to The Hollywood Reporter, heavy-hitters Tom Hanks, Brad Pitt, and Edward Norton are set to join Dede Gardner and Gary Goetzman as executive producers for the upcoming miniseries. This isn’t the first time that Hanks has helped bring one of Ambrose’s works to the small screen. The actor previously collaborated with Goetzman and Steven Spielberg to develop 2001’s critically acclaimed Band of Brothers, also written by Ambrose and adapted for HBO.

In addition to producing, Norton will reportedly be co-writing the miniseries alongside Michelle Ashford (The Pacific) and director John Curran (The Painted Veil, Tracks).

“In Lewis and Clark, we can see American idealism and the breathtaking natural beauty of the continent, as well as the complexities and tragedies of what came to be known as America’s ‘manifest destiny,’ ” HBO Programming President Michael Lombardo said, according to THR. “We are tremendously excited to bring together this incredible group of talents to tell a seminal American story.”

The project has been in development at the cable network for quite some time. Affleck first signed on to star in the miniseries last summer. The show then began filling out other key roles late last year, with local Missouri news outlets reporting on casting calls for the part of Sacajawea, among others. Schoenaerts, who is best known for starring in the 2012 Cannes hit Rust and Bone, was cast in the part of Clark only recently.

Lewis and Clark is not only finally getting off the ground but also seems to be laying down the groundwork to become an eventual awards season contender. In addition to landing two strong leads, the show’s A-list group of producers has a long history of previously successful collaborations. Aside from Band of Brothers, Hanks and Goetzman teamed on HBO’s John Adams, The Pacific, and last year’s Olive Kitteridge – all of which went on earn various Emmy nominations. Affleck and Pitt worked together on 2007’s The Assassination of Jesse James By the Coward Robert Ford, earning the former an Oscar nomination. And let’s not forget Pitt and Norton’s history together, co-starring in a little film called Fight Club.

With so many talented stars attached in various capacities, it seems HBO is destined to have another critical hit on its hands. No premiere date for Lewis and Clark has been scheduled, but the miniseries is expected to start production this summer.