Tom Petty Dead at 66: Our Favorite Musicians Who Left Us too Soon

Legendary rock icon Tom Petty died on Oct. 2 at the age of 66, after suffering a heart attack. Tony Dimitraides, longtime manager of Tom Petty & The Heartbreakers, confirmed his passing to Rolling Stone.

“On behalf of the Tom Petty family, we are devastated to announce the untimely death of of our father, husband, brother, leader, and friend Tom Petty,” Dimitriades wrote. “He suffered cardiac arrest at his home in Malibu in the early hours of this morning and could not be revived. [Petty] died peacefully … surrounded by family, his bandmates and friends.”

Musicians paid tribute to their friend 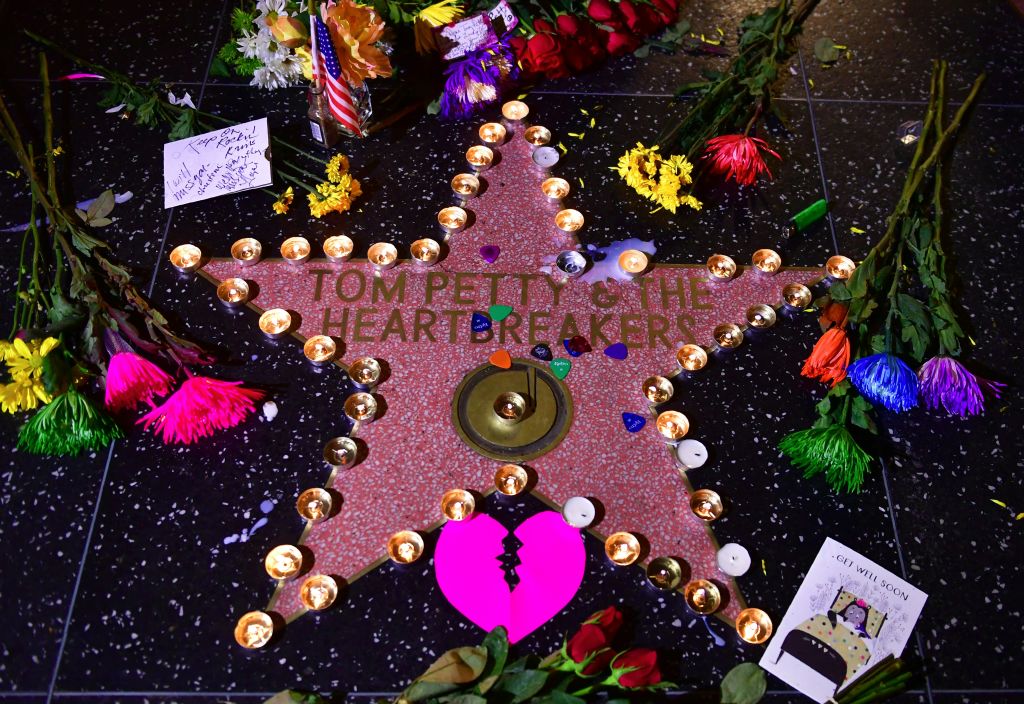 Candles and flowers are placed on the Hollywood Walk of Fame Star of the late Tom Petty in Hollywood. | Frederic J. Brown/AFP/Getty Images

The music world was rocked by the news. “It’s shocking, crushing news,” Petty’s friend and Traveling Wilburys bandmate Bob Dylan told Rolling Stone. “I thought the world of Tom. He was a great performer, full of the light, a friend, and I’ll never forget him.”

Get the tissues ready: We’re taking a trip down memory lane to imagine all of the rockstars Petty joins in whatever afterlife awaits musical legends.

Next: The skies cried purple rain when we lost this legend. 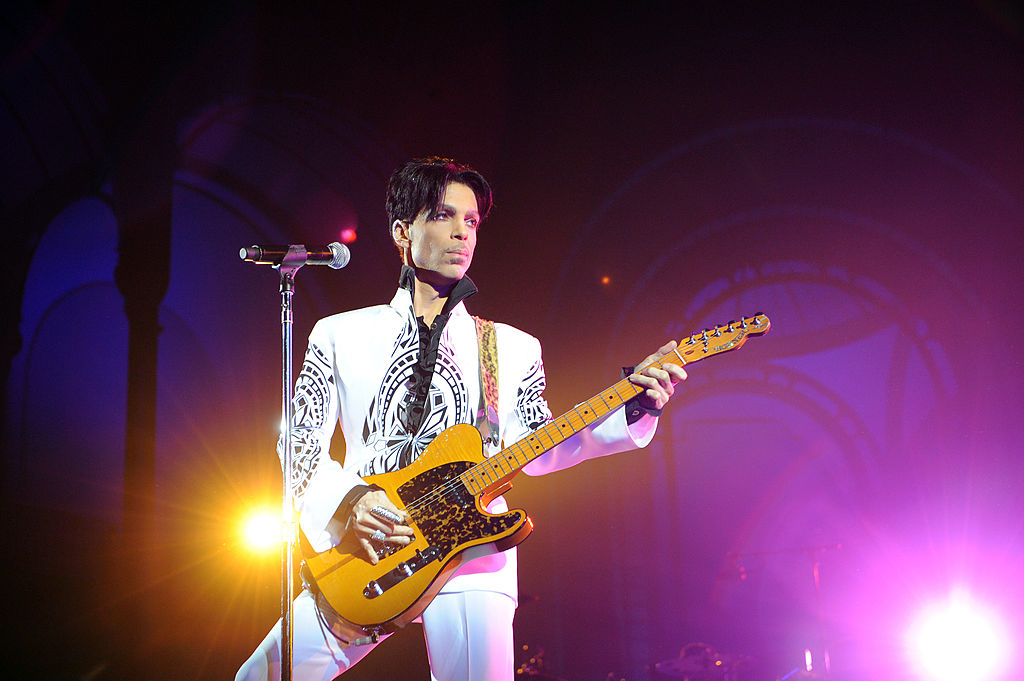 The iconic Prince  performs on October 11, 2009 at the Grand Palais in Paris. | Bertrand Guay/AFP/Getty Images

Prince died of an accidental overdose of the painkiller fentanyl in his Paisley Park home. NPR reported that the medical examiner said he mistakenly self-administered a lethal dose.

“Fentanyl is one of the most dangerous opioid painkillers,” said Dr. Charles Reznikoff. The addiction medicine specialist works at Hennepin County Medical Center. “Fentanyl is what I call the Ebola of opioids. The reason I call it that is Fentanyl kills you quickly … as opposed to many of the other opioids that take a long time and are less apt to kill you in overdose.”

The musician suffered from severe, chronic pain for years, resulting from decades of strenuous performing.

Next: This star and Prince bore many stylistic similarities. 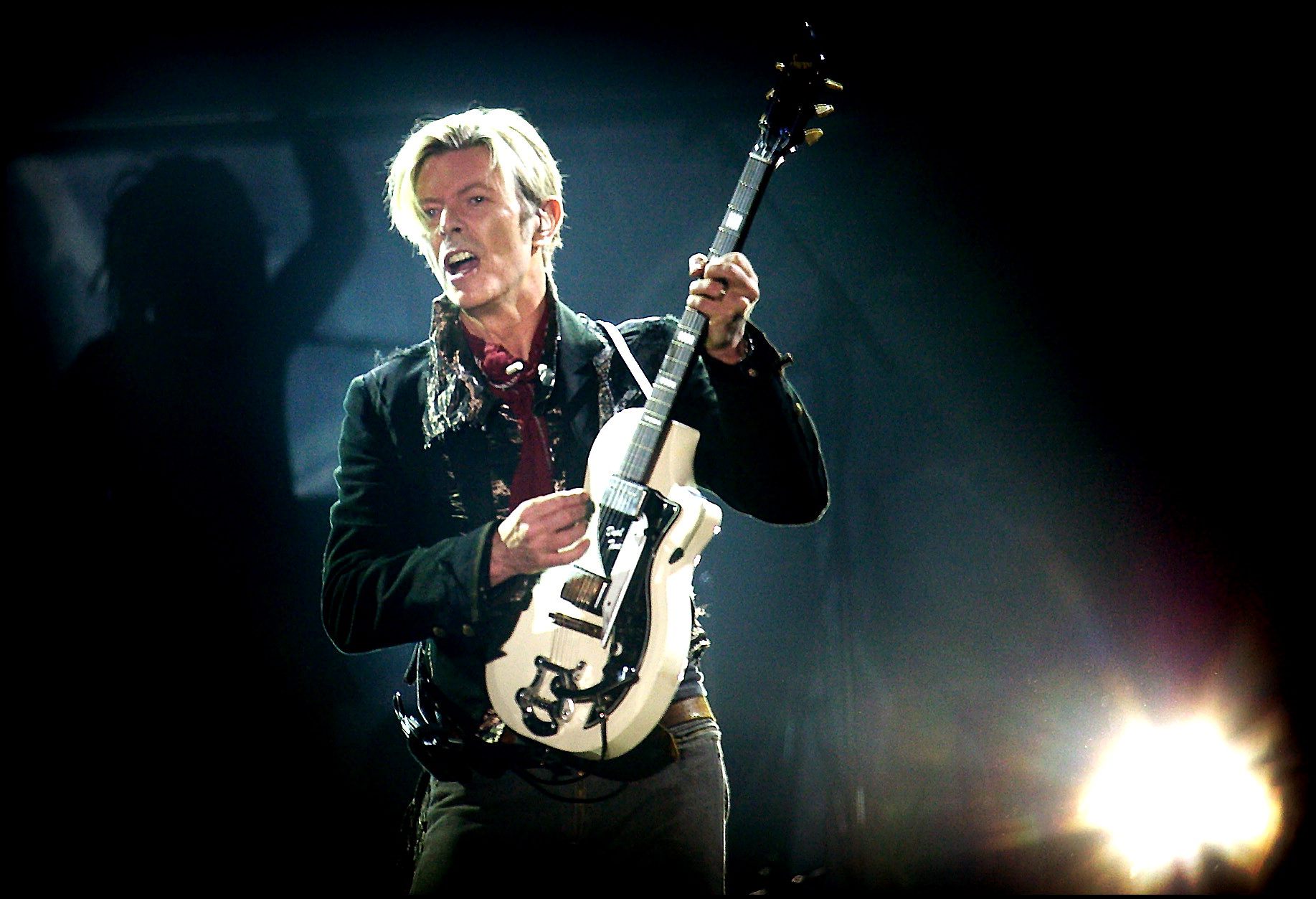 The artist released his last album, “Blackstar,” on his 69th birthday. It quickly shot to No. 1 on the iTunes chart in the UK and No. 2 in the United States, underscoring his appeal even after decades in the music business. NME called Bowie’s work “an amalgamation of warped showtunes, skronking industrial rock, soulful balladeering, airy folk-pop, even hip-hop.” The singer soared between genres, fashions, and even gender presentations, in a way that remains unparalleled.

Next: Speaking of soaring, the next singer showed almost unprecedented vocal prowess. 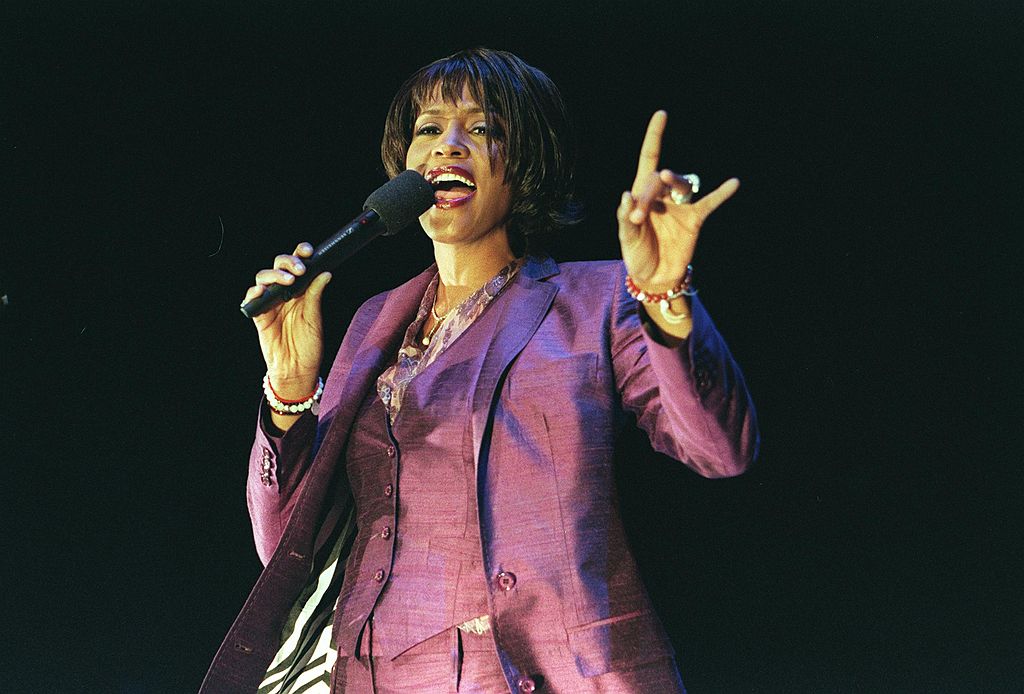 The legendary vocal powerhouse drowned in her bathtub at a Beverly Hills hotel. Doctors later determined heart disease and cocaine use contributed to her death. She won six Grammys over her 25-year career, but suffered from substance abuse throughout. Music mogul and longtime Clive Davis told Reuters her death hit him hard.

“Whitney and I formed this creative collaboration, right from the beginning when she was 19 years old. [We] chose together every song that she ever recorded,” Davis said. “Her death was so startling and unexpected … and it brought back the loss of my parents – how you can be affected by this tragedy.”

Next: This singer faced similar struggles with substances. 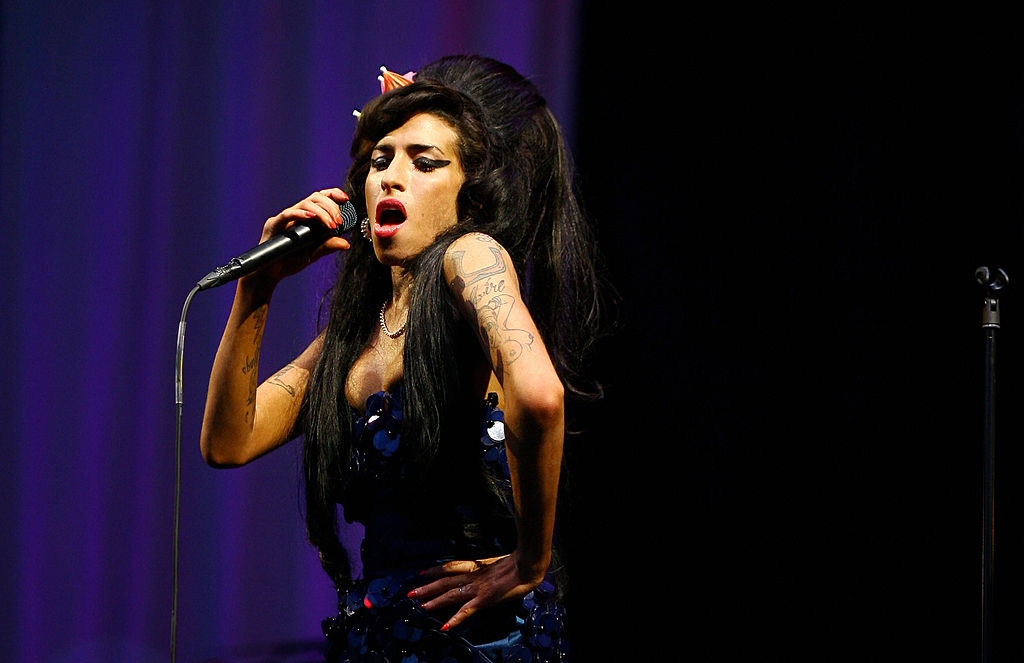 The soulful diva who famously wrote about resisting rehab died as a result of alcohol poisoning. She stopped breathing in her London residence and authorities later pronounced her dead at the scene. Winehouse released only a small handful of tracks, but her signature style and sultry voice made her iconic.

Rolling Stone called Winehouse, “a badass little Jewish girl with a cartoonishly massive beehive and exaggerated swooshes of eyeliner who found room between all the tattoos and scars from cutting to wear her heart on her sleeve. Moreover, there was just an undeniable power in her voice — husky and sultry and sad, like a broken heart marinating in whiskey and cigarette smoke.”

Next: This icon redefined a genre for many fans. 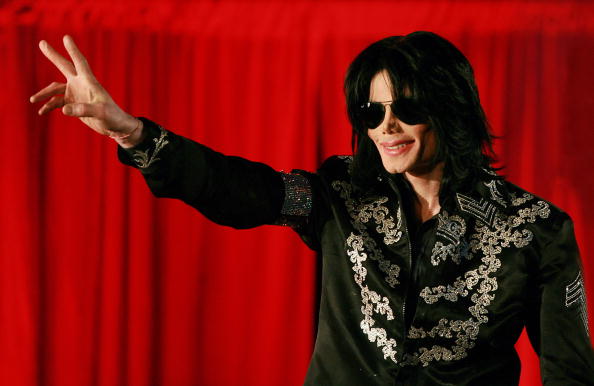 The king of pop died from cardiac arrest induced by propofol and benzodiazepine. The Washington Post covered the 2011 trial that convicted Jackson’s physician, Conrad Murray, of involuntary manslaughter. As revealed during the proceedings, Jackson’s doctor prescribed the fatal cocktail of medications in his system.

Jackson may be the only human ever to go two months without REM — rapid eye movement — sleep. That’s vital to keep the brain and body alive, said CNN. Murray gave Jackson a total of 60 nights of propofol infusions to treat his insomnia, an unprecedented number.

“The symptoms that Mr. Jackson was exhibiting were consistent with what someone might expect to see of someone suffering from total sleep deprivation over a chronic period,” said Dr. Charles Czeisler. The Harvard Medical School sleep expert testified at the wrongful-death trial. If the singer had not died of an overdose, the lack of REM sleep may have taken his life within days anyway, according Czeisler’s testimony.

Next: This singer’s suicide cut short a prodigious career. 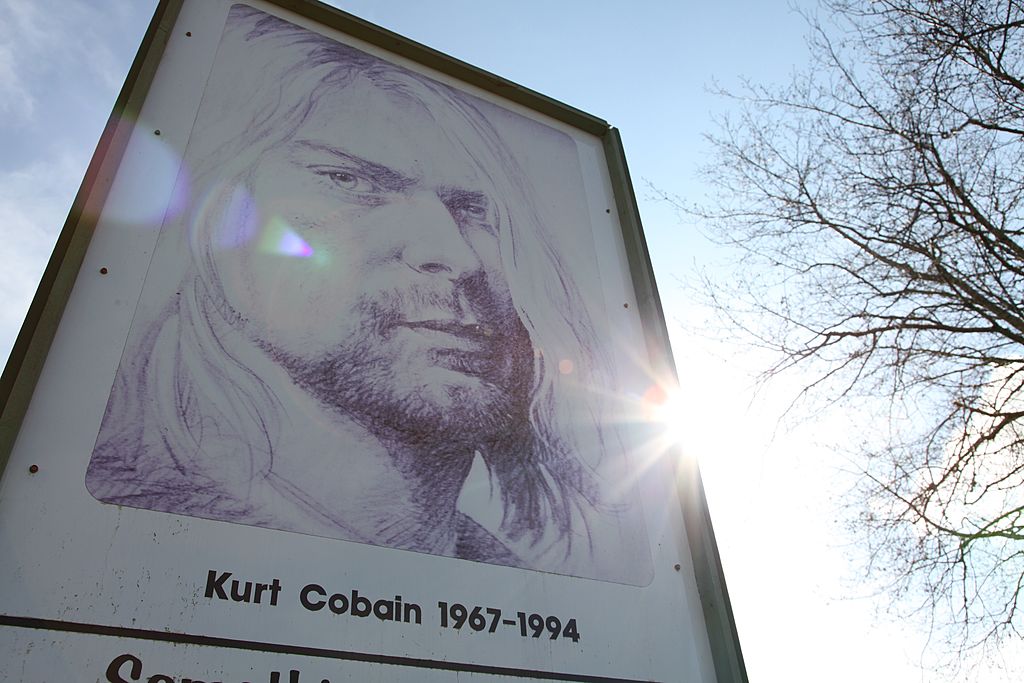 An electrician discovered the Nirvana frontman and grunge icon’s body two days after he shot himself in the head. In a 1994 article in Rolling Stone magazine, writer Neil Strauss later took a deep dive into the Nirvana singer’s final days. That included a heartbreaking look at his long battle with drugs and depression.

“Kurt could just be very outgoing and funny and charming,” Butch Vig, who produced Nirvana‘s landmark 1991 album Nevermind, said. “And a half hour later, he would just go sit in the corner and be totally moody and uncommunicative.”

His friends, family, and bandmates tried to intervene before his death, but nothing helped. He left a suicide note writing, “Please keep going Courtney for Francis.” That referred to his and Courtney Love’s then two-year-old daughter Francis Bean. “For her life will be so much happier without me. I love you. I love you.”

Next: This star gave pop fans “somebody to love.” 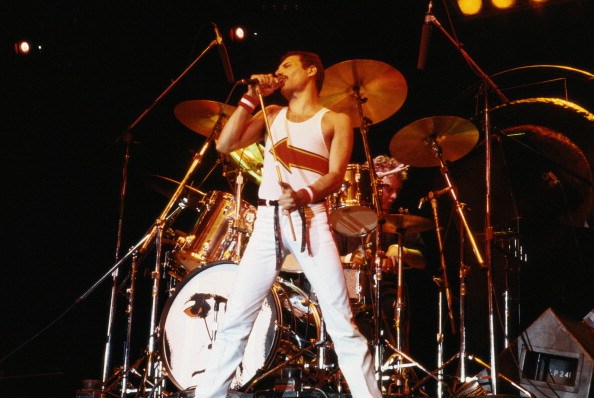 Freddie Mercury (1946-1991), singer with Queen, standing in front of a drumkit as he sings into a microphone. | Fox Photos/Hulton Archive/Getty Images

Mercury revealed his HIV-positive status and his battle with AIDs in 1991, after the Queens frontman received his diagnosis in early 1987. He died a little more than 24 hours after the statement, from bronchial pneumonia exacerbated by AIDS. In Somebody to Love: The Life, Death, and Legacy of Freddie Mercury, authors Matt Richards and Mark Langthorne offer the first bio of the famous musician and lead singer of Queen. They juxtaposed it with the anthropological history of HIV. The authors told The Advocate many consider “Bohemian Rhapsody” Mercury’s coming-out song.

Many analyses “point to it being a confessional and an illustration of his emotional setting during that period,” Langthorne explained. The author said that Mercury considered “Bohemian Rhapsody” his greatest accomplishment. “Whether or not it was an autobiographical testimony to his homosexuality, the tragic narrative of the song’s text would take on an even greater meaning after his death.”

Next: This singer survived an assassination attempt, only to succumb to cancer. 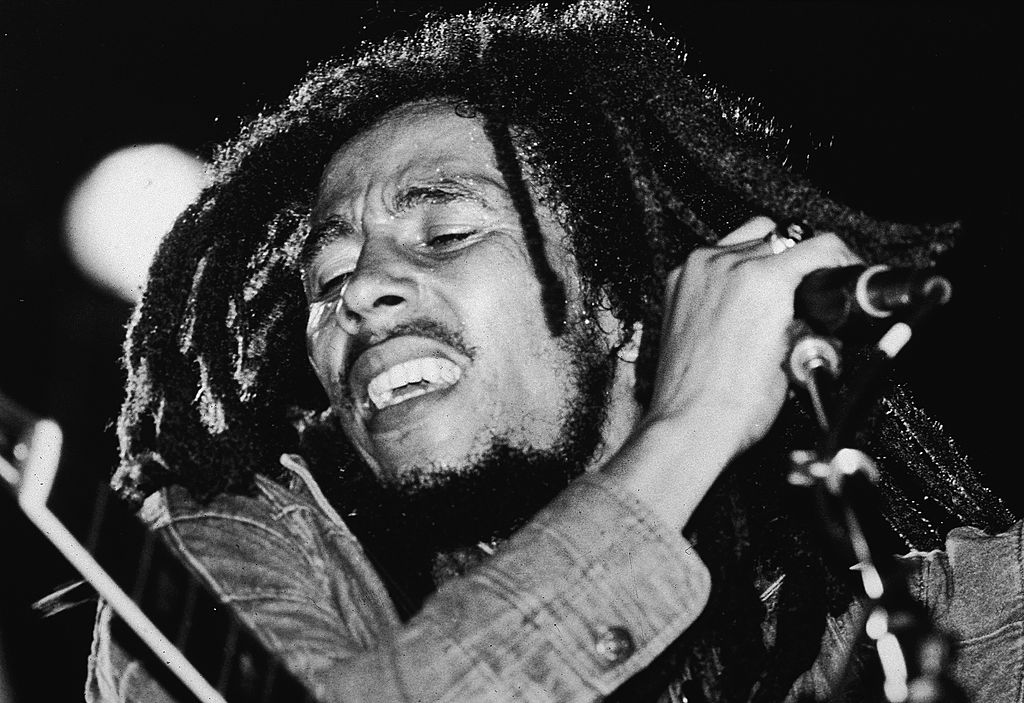 According to NME, three gunmen attempted to assassinate Bob Marley in his Jamaica home in 1976. Melanoma under the singer’s toenail eventually spread throughout his body, causing his death.

The singer collapsed while jogging in Central Park during his final tour, and Marley played his last ever gig in Pittsburgh in September 1980. He subsequently canceled all remaining live dates and flew to Germany for a controversial diet-based treatment under Josef Issels. After eight months, the treatment proved unsuccessful, and the Rastafarian boarded a plane home to Jamaica. His condition worsened while on the flight and he died in a Miami hospital.

Next: This icon dreamed of a more peaceful world before his untimely passing. 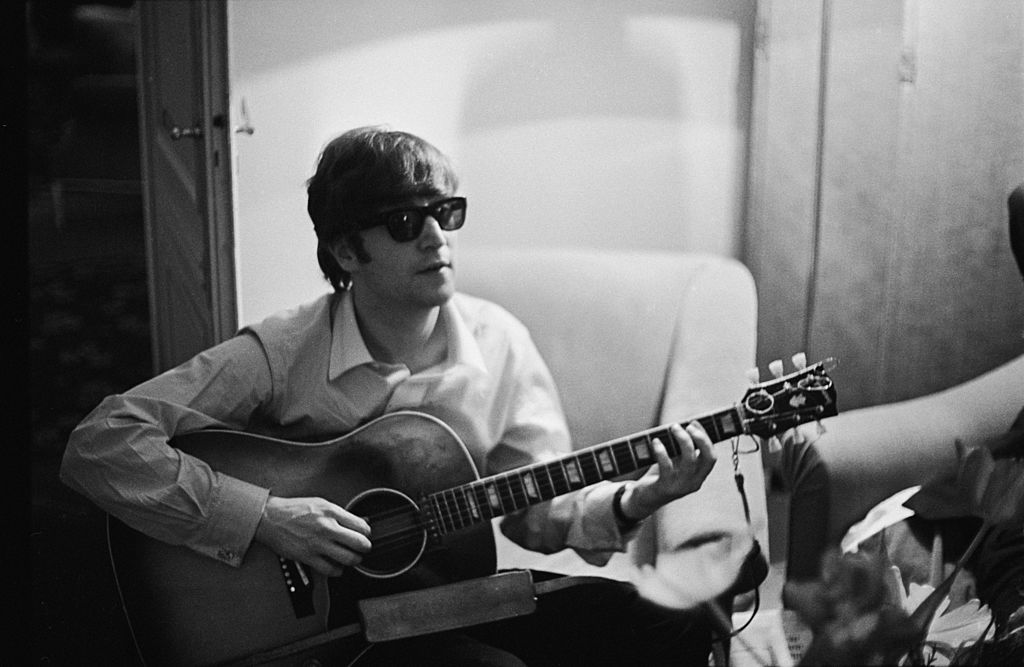 John Lennon plays the guitar in a hotel room in Paris in 1964. | Harry Benson/Express/Hulton Archive/Getty Images

Mark David Chapman shot John Lennon four times in the back of the head near his New York City apartments, killing the legendary Beatle. Music critic Jay Cocks wrote about the singer’s untimely death in a 1980 TIME cover story. “John Lennon’s death … triggered the same shock and outpouring of grief as the assassinations of Martin Luther King, Jr. and John F. Kennedy.

“For everyone who cherished the sustaining myth of the Beatles,” Cocks wrote, “the murder was something else. It was an assassination, a ritual slaying of something that could hardly be named. Hope, perhaps; or idealism. Or time. Not only lost, but suddenly dislocated, fractured.”

Next: “Thank you very much” to the next singer for defining a genre. 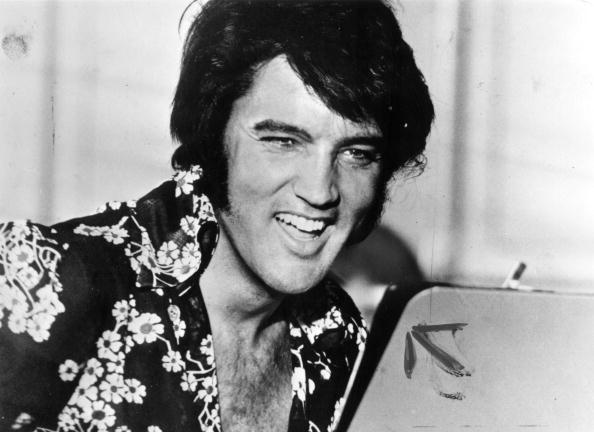 Memphis paramedics found the king of rock ‘n’ roll unresponsive on his Graceland bathroom floor. According to a Salon report, his doctor George “Nick” Nichopoulos prescribed the rocker a staggering amount of drugs.

The court later established that, during the seven-plus months preceding Elvis’s passing, Nichopoulos wrote prescriptions for him for at least 8,805 pills, tablets, vials, and injectables. Going back to January 1975, the count reached 19,012.

Those drugs included powerful painkillers such as Dilaudid, Quaalude, Percodan, Demerol, and cocaine hydrochloride in huge quantities. For years, Nichopoulos traveled with Elvis, bringing drugs with him. Elvis paid the doctor handsomely for his services, including gifts as well as huge sums of money. While doctors originally gave the cause of death as heart failure, later investigations proved otherwise.

Next: Elvis’s death wasn’t the only one shrouded in mystery. 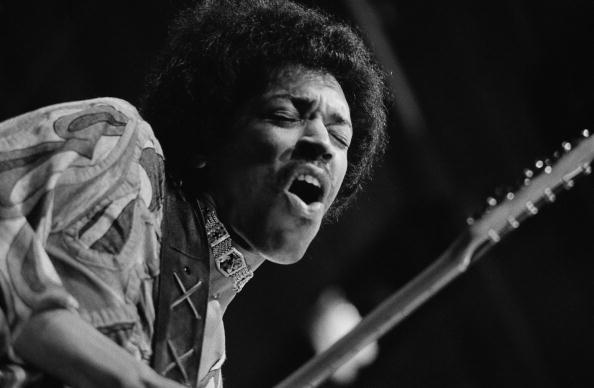 Theorists continue to dispute the details of his legendary guitarist’s death. Author Tony Brown recounted his last hours in Jimi Hendrix: The Final Days. Hendrix and his girlfriend Monika Dannemann spent his last evening “chilling out” at home, smoking hashish and drinking red wine before Dannemann drove him to a party hosted by Pete Kameron. Hendrix reportedly took one “black bomber” amphetamine while there. His angry girlfriend later showed up at the party and they left together around 3am.

When the pair got home, Hendrix asked her for sleeping pills, which she refused him. Dannemann left the apartment to buy cigarettes four hours later but when she got back, she found him unconscious. She called the police, and when they arrived, they discovered Hendrix unresponsive and covered in his own vomit. Dannemann was gone.

According to Brown, the coroner didn’t find any evidence of suicide, but Monika later stated that Jimi had taken nine of her Vesparax sleeping pills, which would have been 18 times the legal dose. Some say someone forced red wine down his throat to murder him. Others say, he committed suicide. For her part, Dannemann’s statements changed significantly each time she spoke to authorities.

Whether a result of hard-partying lifestyles, mental illness, or tragic health events, the world has lost many a musical great far too young. Just like all of these legendary rockstars, music fans will not forget Tom Petty anytime soon.