Tom Petty’s First No. 1 Album Is 37 Years in the Making 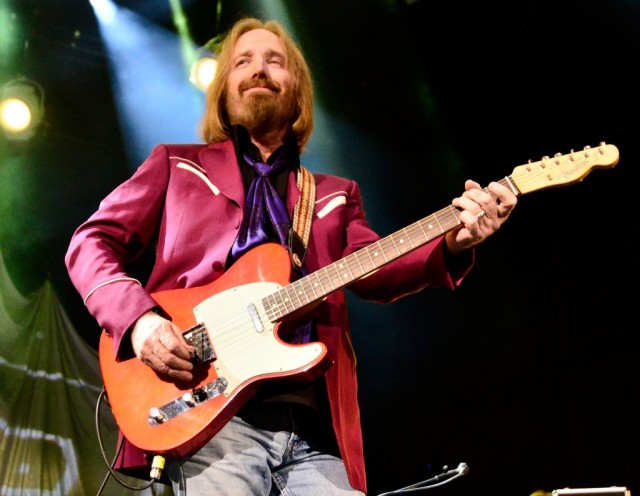 Tom Petty and the Heartbreakers have officially earned their first No. 1 album on the Billboard 200.

According to Billboard, the band’s recently released  Hypnotic Eye sold 131,000 copies in the week ending August 3, earning the group the top spot on the charts. The release not only marks the best sales week for Petty since 1991 (when Soundscan first started tracking sales), but also his best sales frame ever since his 1994 solo album Wildflowers.

The rise to the top of the charts has been a long time coming for Petty, who has enjoyed an almost 37-year-long music career. The Heartbreakers released their self-titled debut album in 1977, leading with the single “Breakdown,” their first entry on the Billboard Charts, peaking at No. 40. Petty’s ascent to No. 1 was likely aided by the group’s current tour. Per Billboard, fans buying tickets for the tour were given the option to get the album as part of their ticket purchase, a similar deal offered in conjunction with Petty’s 2010 album, Mojo (which reached No. 2 on the charts).

Petty and the Heartbreakers’ new release knocks a much newer act out of the top spot. The pop band 5 Seconds of Summer topped the charts last week with its first full-length release, selling 250,000 copies and earning the largest debut for a group in almost eight years. An additional 54,000 copies of the album (an almost 80 percent decrease) were sold this week, putting it at No. 4 on the charts.

Another long-beloved rock artist, Eric Clapton, sits at No. 2, with his album The Breeze: An Appreciation of JJ Cale. The tribute CD, featuring John Mayer and Willie Nelson, sold 61,000 copies and marks Clapton’s bestselling album since his 2004 tribute album, Me and Mr. Johnson.

Following at No. 3 is the Guardians of the Galaxy soundtrack, entitled Awesome Mix No. 1. The collection mostly consists of classic pop tunes (such as Blue Swede’s “Hooked on a Feeling”) and plays an important role in the film, as it’s repeatedly listened to by protagonist Peter Quill. Like the film, the soundtrack exceeded expectations, first projected to move around 15,000 copies but actually selling 60,000 — four times the initial estimates.

Shawn Mendes rounds out the top five with his self-titled debut EP. The singer became an online sensation after uploading a short clip of himself singing on Vine and was subsequently signed by Island Records, home to fellow young male pop artists Austin Mahone and 5 Seconds of Summer. Mendes’ first release sold 48,000 copies and is the fourth Island Records EP to enter the top 10 this year.

But perhaps the biggest surprise besides Petty’s first No. 1 album? After 31 consecutive weeks in the top five on the charts, the Frozen soundtrack finally descended from No. 2 to No. 6. Still, the drop doesn’t make the album’s performance any less impressive. This is the 34th straight week (reaching back to December 29, 2013) that the album has remained in the top 10.