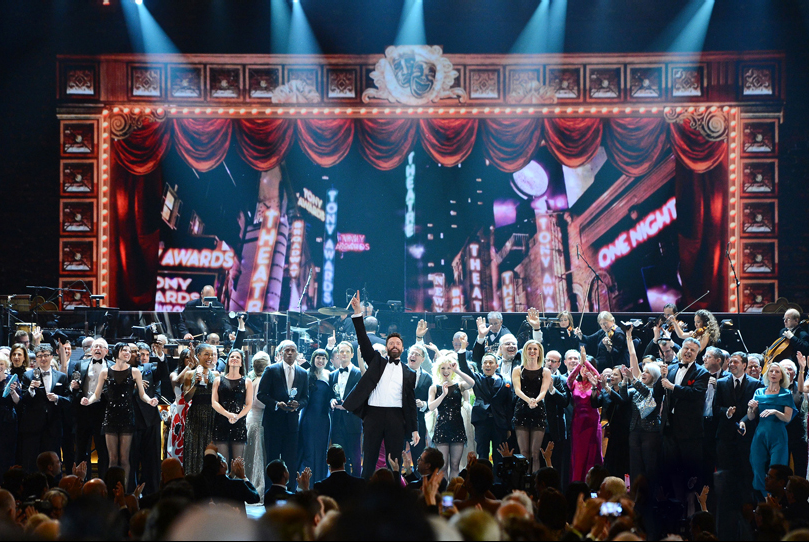 The Tony Awards were held in New York City on Sunday night, and television stars Neil Patrick Harris and Bryan Cranston were two of the night’s big winners, while the little-known A Gentleman’s Guide to Love and Murder took the award for best musical. The awards this year were hosted by Hugh Jackman and honored a more diverse group of titles than in years past, with six plays and seven musicals taking home one of Broadway’s highest honors.

Neil Patrick Harris, who just finished his nine-year run playing the beloved bro Barney Stinson on How I Met Your Mother, took home best performance by an actor in a leading role in a musical for his starring role in Hedwig and the Angry Inch, which also nabbed best revival of a musical. Harris’s take on the transgendered immigrant punk singer Hedwig had received heaps of critical acclaim, which, in combination with his star power, made him a shoo-in for the award. He gave a performance of that production’s “Sugar Daddy” during the ceremony, during which he licked Samuel L. Jackson’s eyeglasses and gave Sting a lap dance.

Cranston recently ended his own long, critically and popularly adored role as a chemistry teacher-turned-meth dealer on AMC’s Breaking Bad. Cranston won best actor in a play for his portrayal of President Lyndon B. Johnson in Robert Schenkkan’s All the Way, which also won for best play.

Another notable event during Sunday evening’s ceremony was Audra McDonald’s win for best performance by an actress in a leading role in a play for her role as the troubled blues singer Billie Holiday in Lady Day at Emerson’s Bar and Grill. That victory made her the only actor ever to win six Tony awards for acting and the only actor to win a Tony in all four major categories. McDonald thanked her parents for encouraging her to pursue acting as a way to cope with childhood troubles with hyperactivity, rather than medication. “You deserve so much more than you were given when you were on this planet,” McDonald said of Holiday in her acceptance speech, per The New York Times.

Jessie Mueller won best performance by an actress in a musical for her role as Carol King in Beautiful — The Carol King Musical. The actress thanked the play’s muse in her acceptance speech. Beautiful had been the favorite for best musical going in, as it had performed favorably at the box office, but it was beaten out by a surprise upset from A Gentleman’s Guide. That play went in with the most nominations; it was up for a total of 10 awards. The wildly critically acclaimed musical is set in England at the beginning of the 20th century and follows an immoral disinherited heir to an earldom who decides to kill the other eight relatives in line for the throne before him.