The Best Horror Films of All Time

While the horror genre has seen a strong resurgence thanks to a new crop of filmmakers that have shunned the torture-horror genre for a return to its roots, there’s still no beating old-school — and there’s no doubt that the period from the 1960s to the early 1980s churned out an impressive amount of classic horror films that have stood the test of time.

Although there are certainly some modern horror films looming that are likely to overtake some of these features in the future, for now, these 10 films remain the staples of a genre that continues to be one of the most popular among movie-goers. Come check out the 10 best horror films of all time. 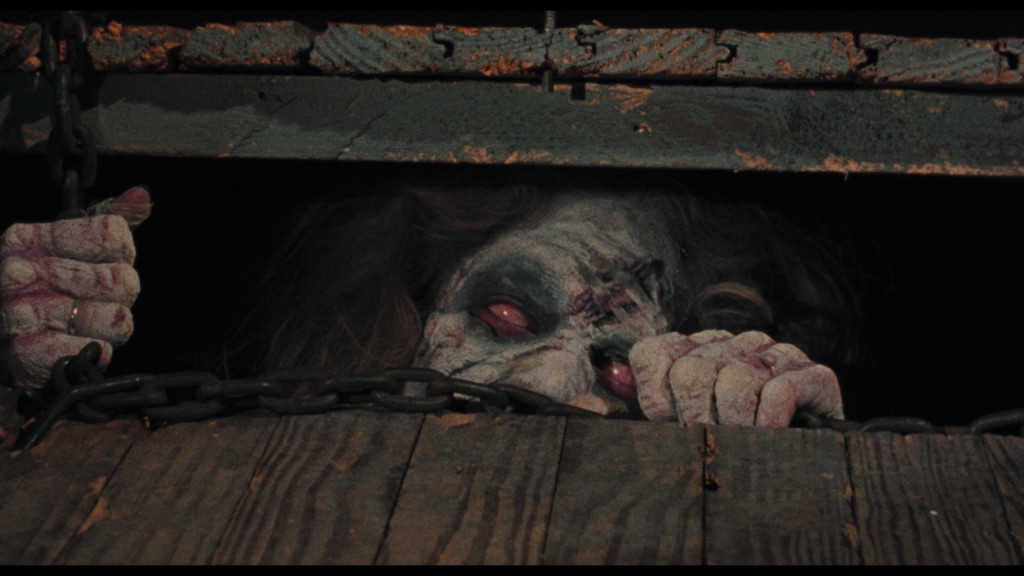 The first film by director Sam Raimi, Evil Dead was made by completely unknown and untested filmmakers who managed to create a compelling horror film on a budget of around $350,000. Now considered one of the greatest horror films of all time, Evil Dead has spawned an entire franchise that includes this year’s well-regarded remake.

While the later films in the series pushed firmly into camp genre, Evil Dead remains scary over 30 years later despite the huge constraints the filmmakers were working with. Although the story of five Michigan State University students who inadvertently release demons and spirits from the Book of the Dead may feel goofy at times, there’s no doubt that the film still scares.

Suspiria is often cited as Italian director Dario Argento’s greatest film, and for good reason: Argento’s trademark visual style of hyper-stylized lighting and camera technique is on full display in a film that walks the perfect line between the surreal and macabre.

Suspiria follows tells the story of American ballet student Suzy Bannion who transfers to a prestigious dance academy in Germany, only to find out that it is run by a coven of witches. Paired with a famous score by progressive rock band Goblin, Argento manages to instill a truly ominous tone throughout a film that displays all the director’s strengths in a storied horror career.

Based on the 1967 novel of the same by Ira Levin, Rosemary’s Baby is a psychological horror film by Roman Polanski that remains one of the director’s greatest achievements to date. Starring Mia Farrow and John Cassavetes, the film was a huge commercial success at the time of release, earning upwards of $33 million on a $3.2 million budget while receiving near-universal acclaim.

Rosemary’s Baby tells the story of young housewife Rosemary Woodhouse and husband Guy as the couple move into an antiquated apartment building in New York City. Soon after moving in, a series of events leads Rosemary to suspect that her husband Guy has entered into a pact with their eccentric neighbors over the couple’s unborn child for the purposes of occult rituals.

Halloween is often seen as the precursor to the entire slasher-horror genre that is still going strong today. Directed by a young John Carpenter coming off his first feature film out of film school, Halloween would spawn a huge franchise based around the masked killer Michael while launching the career of actress Jamie Lee Curtis.

Fifteen years after murdering his older sister, Michael Myers escapes from a psychiatric hospital hell-bent on doing the same to Laurie Strode, his younger sister, who doesn’t have a clue about her family’s history after being adopted. Featuring an iconic score by Carpenter, Halloween is one of two or three horror films that is credited with spawning an entire sub-genre of horror and pushing horror films to new heights. 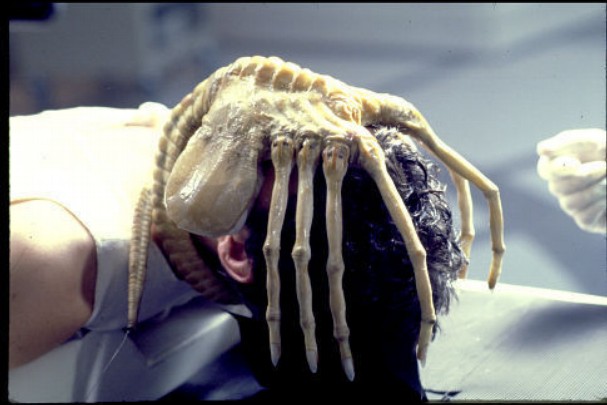 The famous tagline for 1979’s Alien is, “In space, no one can hear you scream,” and indeed, that theme is one of the biggest reasons that the sci-fi horror film remains one of the scariest films ever made. Directed by Ridley Scott and starring Sigourney Weaver, Ian Holm, and John Hurt, Alien has largely transcended its label as a horror film to be mentioned among the greatest films of all time. But that doesn’t mean it isn’t really, really scary.

When the commercial towing spaceship Nostromo is forced to investigate what appears to be an emergency beacon on an uncharted planet, the crew discovers a derelict alien spaceship along with signs of life. But when a face-hugging creature attaches to the face of crew member, a creature far worse is unleashed onto the ship when it bursts from the victim’s chest. Featuring a now iconic set design by H. R. Giger and a star-making performance by Weaver, Alien has been consistently praised in the decades since its release and was inducted into the National Film Registry of the Library of Congress in 2002 as a film, which is “culturally, historically, or aesthetically significant.”

Forget the 1999 remake starring Liam Neeson and Catherine Zeta-Jones — Robert Wise’s 1963 horror film The Haunting is one of the most frightening films ever made and achieves its scares using stylized filming techniques and an unnerving atmosphere. The scares the filmmakers are able to produce in the film, some as simple as a knock on the door or the subtle whispers of children, remain just as scary 50 years after the film’s release.

The Haunting tells the story of a team of paranormal investigators who spend several nights at a haunted mansion. As the supernatural events continue to increase over the course of their stay, one of the members of the group, Eleanor Lance, begins to become more and more mentally unstable as she becomes convinced the forces behind the mansion are trying to bring her home. The Haunting is truly one of the greatest films in the haunted house genre of horror.

Without Alfred Hitchcock’s Psycho, there wouldn’t be a slasher-horror genre filled with classics like Halloween, Friday the 13th, or Nightmare on Elm Street. The fact that Psycho remains so scary over 50 years later proves just how much of a master Hitchcock was in a time when no other director even came close.

When secretary Marion Crane embezzles money from her employer, she holds out in a secluded motel overseen by the disturbed owner-manager Norman Bates. But shortly after arriving, a shocking and legendary shower scene pushes the entire film into terrifying new directions. 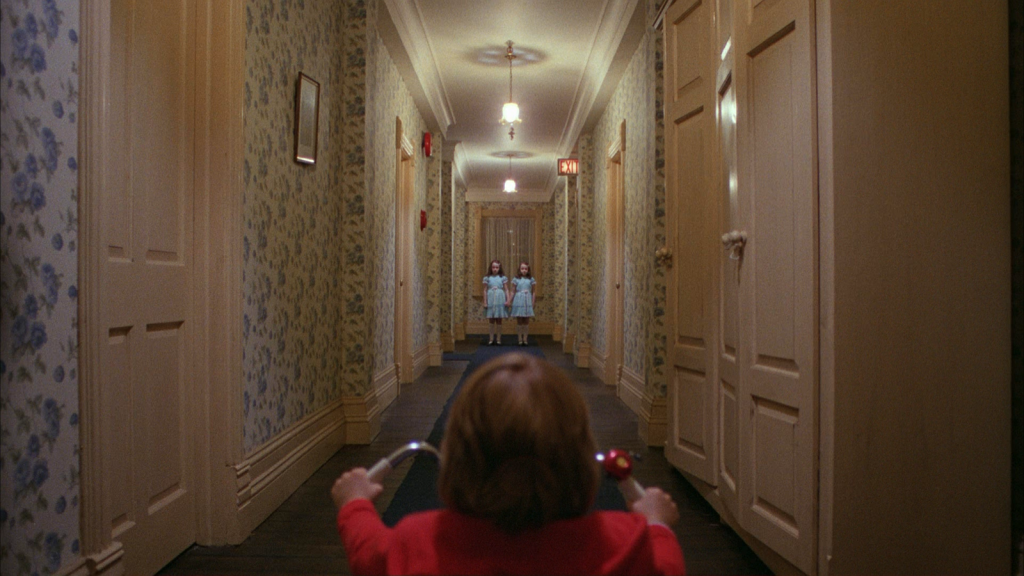 Stanley Kubrick’s The Shining has experienced an interesting transformation over the years — once critically divided, the film is now widely accepted as one of the greatest horror films of all time, becoming both an important milestone in film history and a longstanding subject of pop culture. Featuring Kubrick’s trademark obsession for detail every step of the way, The Shining is one of the most unnerving horror films ever created and is likely to stay that way for years and years to come.

Based on the novel of the same by Stephen King, The Shining follows writer Jack Torrance as he takes a job as the off-season caretaker at an isolated hotel with his wife and son. But when a supernatural presence threatens to push Jack to the brink of madness, his family is forced to escape the hotel or become its victims. 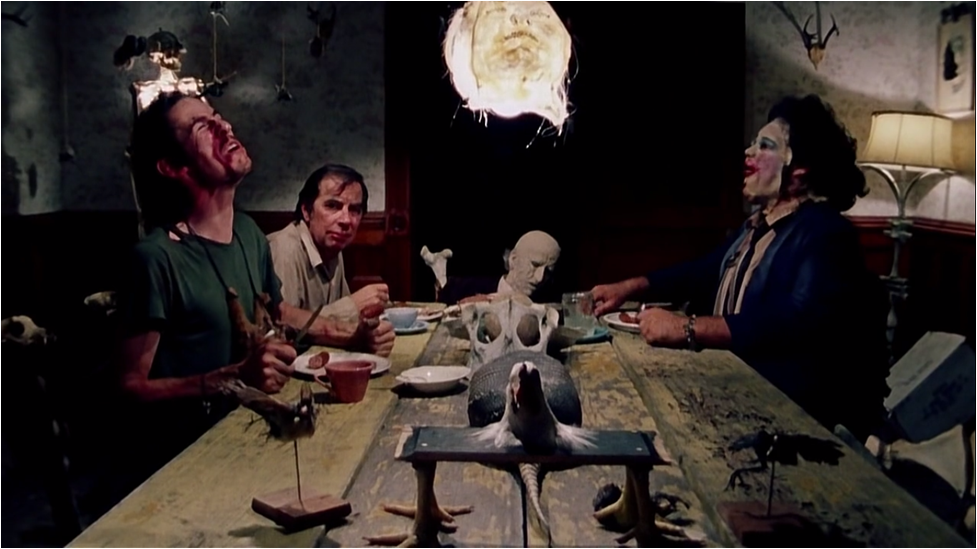 The Texas Chainsaw Massacre is another film that seems to get better with age, despite the fact that the film’s humble origins make it fairly rough around the edges. Featuring a lo-fi look that seems to add to the film’s terror and a hugely unsettling family of cannibals, there’s no doubt that everyone’s first viewing of The Texas Chainsaw Massacre is an impressively terrifying experience.

The Texas Chainsaw Massacre follows a group of teenagers who are picked off one by one by a chainsaw-wielding masked man — referred to as “Leatherface” by horror fans — after they stop at a remote farmhouse in the Deep South. Produced and directed by a young Tobe Hooper, The Texas Chainsaw Massacre was highly controversial upon release due to complaints about violence and faced difficulty both domestically and overseas in securing distribution. Along with being credited as pioneering the slasher-horror genre along with Halloween and several other films, there are also aspects of the film that anticipate the more recent torture-horror sub-genre. 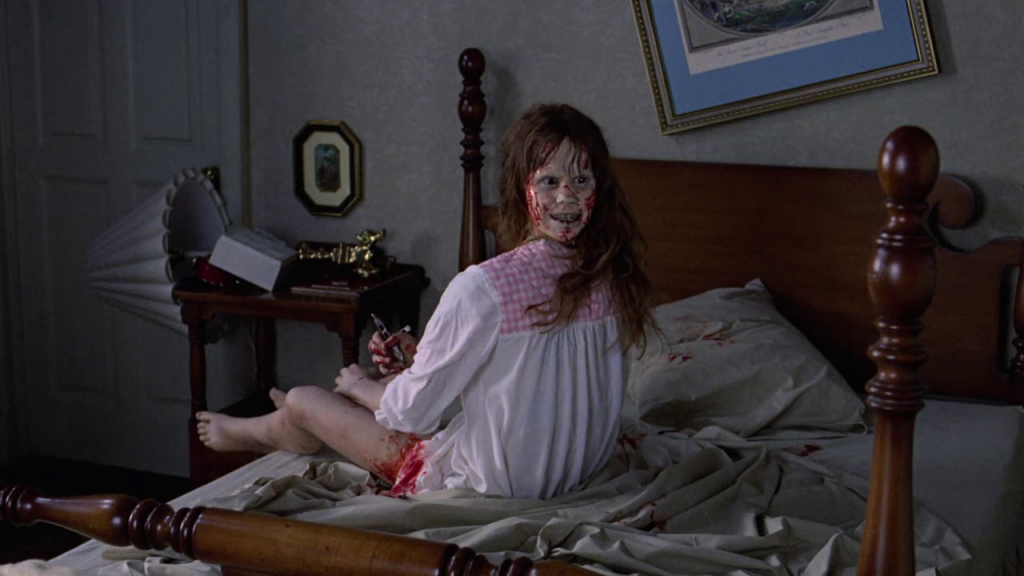 The Exorcist is nearly unanimously ranked as the scariest film of all time and it’s not a fluke — 40 years after The Exorcist was released in theaters, the film is just as scary today as it ever was, featuring a truly terrifying story, unsettling visuals, and tremendous acting in a film that has received as much critical acclaim as it has attention for scaring audiences decade after decade.

The Exorcist tells the story of a 12-year-old girl who becomes possessed by the demonic spirit Pazuzu and the attempts by her mother and two priests to win her back through an exorcism. With theaters reportedly providing “Exorcist barf bags” due to movie-goers getting sick, Roger Ebert wrote that the special effects by Dick Smith were so disturbing and graphic that, “[How] it received an R rating and not the X is stupefying.”

The infamous crucifix and head-turning scenes have consistently ranked as some of the most disturbing moments in all of film and one thing’s for sure: Anyone watching The Exorcist in a dark room will not come out unscathed.