‘Top Gun 2′ Has All the Makings of a Blockbuster 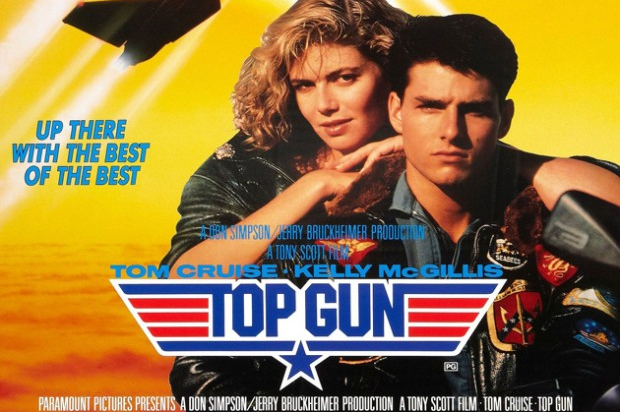 Jerry Bruckheimer and company are moving forward with the long-planned sequel for the 1980s classic Top Gun, having landed the writer behind the Disney reboot of The Jungle Book to work on the script for Top Gun 2, according to The Hollywood Reporter. The sequel will see Tom Cruise reprise his role as elite Navy pilot Maverick and attempt to show how the world still needs the intuition of great human pilots in a landscape dominated by drone usage for modern warfare.

Justin Marks wrote the script for the anticipated Disney live-action version of the classic animated film and Rudyard Kipling book of short stories The Jungle Book. The all-star, drool-worthy cast includes Bill Murray as the voice of the bear Baloo, Ben Kingsley as the concerned panther Bagheera, Christopher Walken as the orangutan King Louie, Scarlett Johansson as the python Kaa, Lupita Nyong’o as the wolf mother Raksha, and Idris Elba as the villainous tiger Shere Khan. Now the relatively inexperienced screenwriter has another big-budget highly-anticipated project on his plate.

Top Gun 2 has come up against a lot of roadblocks in the almost thirty years since the first movie starring a young Tom Cruise as a rebellious young student at the Navy’s fighter weapons school was released. A draft of the script by Peter Craig was written a couple years ago, but the project halted after the suicide of director Tony Scott in 2012. Bruckheimer produced the original Top Gun, but for the past several years he’s been in a lengthy studio contract with Disney. Recently that ended and The Hollywood Reporter says that Bruckheimer has moved to Paramount, the studio that will produce the sequel alongside Skydance, back in April.

Bruckheimer promised back in March that the movie was moving forward. “Now we’re back at it,” he told The Huffington Post at the time. “The concept is, basically, are the pilots obsolete because of drones. Cruise is going to show them that they’re not obsolete. They’re here to stay.”

Getting a screenwriter on board is the first real sign that the project is moving forward. Good thing too, considering Cruise isn’t getting any younger. While the whole cocky-Tom-Cruise-versus-drones thing does not sound like it has any potential whatsoever to be a quality film — the original was famous for its cheesiness and unintentional homoerotic undertones — what it does have potential for is making tons of money at the box office. Since Cruise hasn’t had a big hit in awhile — this summer’s Edge of Tomorrow flopped as did last year’s Oblivion — a Top Gun sequel right after the fifth Mission Impossible movie (currently filming) could be just the one-two punch to bring the actor back to being an action hero.

Not only is the movie a sequel to a still very popular classic, but it also has 1980s nostalgia to draw in an older crowd and the powerful movie star that is Tom Cruise. This summer’s blockbusters Teenage Mutant Ninja Turtles and Transformers: Age of Extinction showed that an action movie sequel with a hefty amount of ’80s nostalgia draws people to the theaters like moths to the flame. Those films had two of the biggest box office openings of an otherwise slow summer, making $65 million and $100 million respectively per Box Office Mojo. Those types of movies are also essentially critic-proof as audiences lap up blockbusters with huge budgets for special effects that don’t ask for much thought. A Top Gun sequel easily stands the chance of performing as well at the box office as those films even though its plot material doesn’t exactly sound Oscar-worthy.