Toy Story Land Rides: Check Out These Videos of the New Attractions 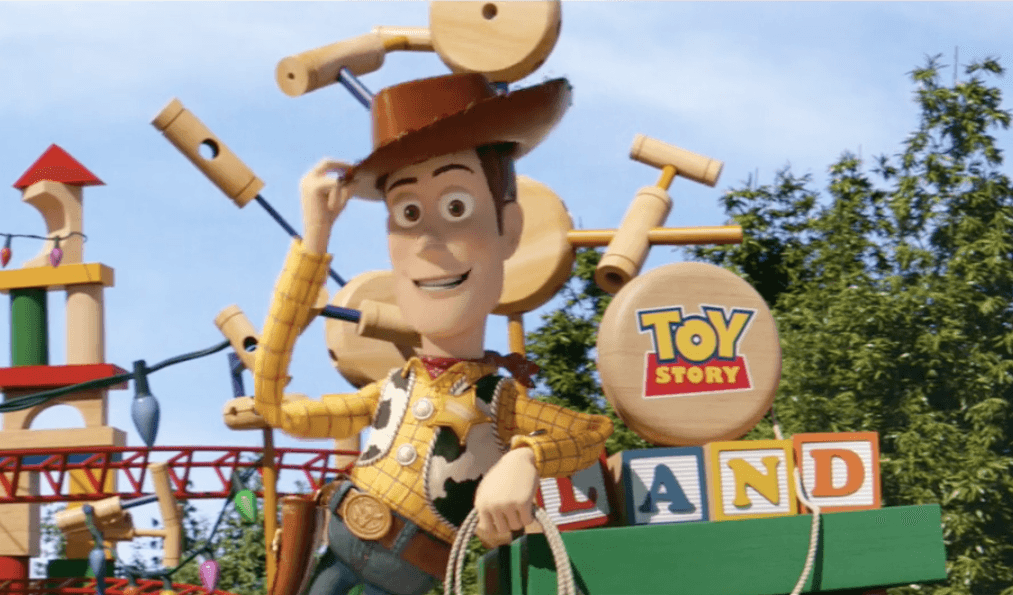 The opening of Toy Story Land is just days away, but if you won’t be able to visit Walt Disney World to see it for yourself anytime soon, there are now plenty of great videos online that you can live vicariously through.

This new section of the park has been added on to Disney’s Hollywood Studios. The whole land is meant to make you feel like you’ve shrunk down to the size of a toy soldier and are roaming around Andy’s backyard; you’ll notice Andy’s footprints on the ground, and the benches are even designed to look like popsicle sticks.

There are three rides at Toy Story Land, the first of which is Slinky Dog Dash. This rollercoaster is designed to look as if Andy himself has built it, with Slinky Dog serving as the vehicle. Don’t expect the most intense coaster experience of your life with this family-friendly ride, but even adult Toy Story fans should get a kick out of it. The ride concludes with an animatronic Wheezy singing “You’ve Got a Friend in Me” just like at the end of Toy Story 2.

Like a lot of Disney rides, there’s plenty to admire just in the line itself; as you’re waiting, you’ll walk past a giant bottle of glue, again to make you feel like you’re tiny. It’s a good thing the line is entertaining, as it will certainly be getting quite long this summer.

You can check out some point-of-view footage of the ride in the following video via Theme Park Review:

Next up is Alien Swirling Saucers, a pretty simple spinning ride where all of the vehicles are saucers belonging to the green aliens from the Toy Story films. It’s a lot like Mater’s Junkyard Jamboree in Disney’s California Adventure, only with the green aliens. You can see a video of this ride below, again from Theme Park Review:

Finally, the third ride is Toy Story Mania, although this one actually predates Toy Story Land. It opened back in 2008 at Hollywood Studios, but it’s now naturally being incorporated into the new Toy Story section of the park. This is an interactive 4-D ride where passengers play a bunch of mini-games to rack up points, similar to the Buzz Lightyear’s Space Ranger Spin ride at Tomorrowland.

If you haven’t had a chance to ride Toy Story Mania, here’s a video of the ride from Sharp Productions:

Even if you’re not super into the rides, Toy Story Land will just be fun to walk around. Disney clearly put a lot of time and effort into developing the world you enter, and absolutely everything is on theme, including a restaurant which is meant to look like a giant lunch box. Oh, and you can even buy Slinky Dog headbands while you’re visiting.

Toy Story Land opens to the public on June 30th, 2018. While you’re there, you can get a glimpse at the construction of Star Wars: Galaxy’s Edge, the massive new 14-acre area that will open in 2019.