‘True Detective’ Season 3: 10 Ways the Show Can Redeem Itself

For a brief moment in time, True Detective was one of the best series on television. Then, after a notoriously subpar second season, it wasn’t. By most accounts, it appeared that HBO had pulled the plug on the anthology series for good. But in a surprise move, the premium cable network announced that it would be rebooting the series after its two-year hiatus.

Fans and critics responded to the news with a mixture of excitement and skepticism. While Season 2 of True Detective was undeniably disappointing, there’s no denying that the series’ first outing was an incredible tour de force. With the right creative minds in place, the series stands a chance to redeem itself. A successful third run could also help bolster HBO, which needs to prove it’s still capable of providing consistently solid programming now that the Game of Thrones era is drawing to a close.

It’s too early to say whether True Detective will be able to get back on track, but there are a few things that embattled creator Nic Pizzolatto can do to keep fans interested in the third season.

1. Find a cast with killer chemistry

Rust and Marty in Season 1 of True Detective | HBO

Many couldn’t believe that legendary actors like Matthew McConaughey and Woody Harrelson would agree to do a TV show. So, in that sense, the dynamic power of True Detective‘s first leading duo was what drew fans to the series in the first place.

There was plenty of star power in Season 2, as well. Vince Vaughn, Colin Farrell, Rachel McAdams, and Taylor Kitsch seemingly gave it their all, but the ensemble just didn’t gel in the same way as McConaughey and Harrelson’s Rust and Marty. As a result, the second season felt more like a bunch of actors trying as hard as they could to prove they were True Detective material, rather than an organic fusion of two eccentric, but brilliant performers.

If Season 3 of True Detective is going to get anywhere close to matching Season 1, they’re going to need to do more than cast big-name actors. They’re going to have to find a duo (or trio, or group) that works well together. Luckily, HBO appears to be off to a good start, after recently announcing that Mahershala Ali (Moonlight) will be playing a lead role in Season 3.

2. Create a compelling friction between the characters

Frank and Ray in Season 2 of True Detective | HBO

In Season 2 of True Detective, one of the biggest issues was that the main characters seemed to lack a solid connection to one another. While they were drawn together due to the nature of the investigation, they still often felt as though they were living in different versions of the same reality.

It’s a potentially compelling way to tell the story, and it did help expand our view of the world that Pizzolatto was trying to create. But in the end, it was hard to get entirely invested in any of the characters because their connection to each other was tenuous at best.

There are numerous ways that the series’ creative team can fix this problem in Season 3. And their efforts need to extend beyond replicating the winning formula from Season 1. Yes, Rust and Marty’s wildly different approaches to the world and policing made for a strong central conflict. But it needs to be about more than just a battle of the wills. Adding a bit of diversity could help widen the narrative perspective. More than anything, the characters need to genuinely connect with each other this time around.

Marty and Rust in Season 1 of True Detective | HBO

Cary Fukunaga directed all eight episodes of True Detective‘s first season. And the result was a suite of hour-long chapters that felt like a complete full-length picture rather than an episodic drama. That’s a feat few television shows have accomplished.

Fukunaga stepped away in Season 2, and remained a producer in name only, allegedly due to creative differences with Pizzolatto. His absence was obvious, and though the multiple directors brought on in his stead obviously did their best to cobble together a cohesive vision, the results were spotty, to say the least.

The best thing Pizzolatto could do is bring back Fukunaga for Season 3. But since that’s probably not going to happen, at the very least, True Detective would benefit from having one director at the helm. Likewise, it needs to be someone who can think outside the box and offer up a police procedural that feels fresh and inventive.

When fans look back on Season 1, they frequently site Rust Cohle’s off-the-wall dialogue as a highlight. His “time is a flat circle” musings helped distinguish the series. They may not have always made sense, but his existential reflections livened up an anotherwise cut-and-dry police drama.

In contrast, Season 2 suffered from a lack of any truly memorable, story-driven moments. There was no truly gripping dialogue to speak of. Most of the characters failed to really grow or change in significant ways.

It’s not that True Detective‘s third season needs to replicate Rust’s philosophical ramblings to find greatness. But the series’ writers do need to find a way to inject a bit more meat, and perhaps a bit more originality into the scripts if they want viewers to stay invested.

5. Split the balance between slow burn and monotony

Frank and his crew in Season 2 of True Detective | HBO

Slow burn dramas can be immensely satisfying. If a series does a great job of teasing out every twist and turn, it can leave viewers on the edge of their seats.

In the case of True Detective‘s second season, the writers seemed to be going for that narrative style, but ended up missing the mark. The overarching plot got bogged down in minutiae. We spent too much time on Frank’s business dealings and the plodding aspects of Ray, Paul, and Ani’s police work. Instead of drawing viewers in, True Detective Season 2 usually felt like it was stringing us along. It dangled the prospect of an exciting development in front of us without ever really delivering.

True Detective‘s third season needs to get that fundamental piece of the crime story right. Otherwise, it won’t keep our attention.

The best crime stories reveal hidden secrets of places that many viewers would have never thought to explore. Whether it’s the darkest corners of a major metropolitan city or the run-down landscape of a small town in rural America, the locale becomes a character all its own. That was certainly the case with Season 1 of True Detective. Set in rural Louisiana, the series both explored and was informed by that area’s unique scenery and cultural norms.

Season 2, on the other hand, was based in California. There have been dozens of crime dramas set in or near Los Angeles and the Bay Area, so while the crimes were actually set in Ventura County and the fictional town of Vinci, California the scenery felt all too familiar.

True Detective could and probably should try to stake its claim on another, less-traversed region if it wants to regain the sense of original storytelling it had in Season 1. Whether it’s set in the Midwest, Alaska, or even outside the U.S., the series creators have plenty of areas that are ripe for exploration.

Ani and Ray in Season 2 of True Detective | HBO

There was one thing that Season 2 of True Detective did master, and that was a chilly, psychologically dire atmosphere. From the moody lighting to the frequent presence of smoke and smog, it had a noir vibe that called back to crime classics like Chinatown and L.A. Confidential.

But in many cases the atmosphere became a substitute for compelling storytelling. The details of the case at the center of True Detective‘s second season were more on the macabre side. And the characters were appropriately somber given their lot in life. All told, the eight episodes ultimately were more about style than substance.

If Season 3 of True Detective melds effective intrigue with an atmosphere that matches the action, the series will yield a much stronger result.

8. Create a mystery worth tuning into

A crime series like True Detective simply can’t succeed without a compelling mystery. And in Season 1, it delivered that in spades. Part of what made Rust and Marty’s investigation so enthralling was the fact that it spanned decades. We got a chance to see the impact of the serial murder case and their police work on the character’s psyches. And the payoff at the end felt that much greater, because we knew they had waited so long to solve the case.

In Season 2, government corruption and organized crime were at the center of the characters’ investigation. These are tried-and-true themes for crime dramas, and True Detective didn’t really bring anything new to the table. Also, the season focused heavily on the detectives’ dysfunctional personal lives. While this helped us understand them better on a psychological level, their interpersonal dramas often overshadowed the case they were trying to solve.

In the third season, it would be great to see a return to an expanded scope where the plot is concerned. Longer timelines, nonlinear storytelling, or a more thrilling premise could all give the narrative a much-needed boost.

Ray gets shot in Season 2 of True Detective | HBO

The first season of True Detective felt, in many ways, like a rumination on life, death, and human nature. Season 2, by contrast, struggled to find an overarching theme — at least, one that could be put into words. Instead, it punctuated its deliberate, slow storytelling with moments that seemed designed solely for shock value. There was the unexpected near-death shooting of Roy, the mass-casualty shootout that seemed to come out of nowhere, and the fact that most of the main characters wound up dead by the time the season was over.

All of these plot twists may have temporarily made fans sit up and pay close attention, but a series can’t survive on shock and awe alone. Season 3 of True Detective should focus more on giving fans a story that’s strong from start to finish. 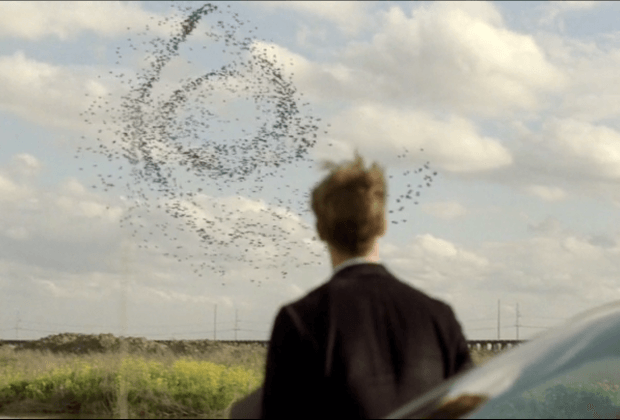 Unforgettable TV series have that intangible something. It’s a feeling, a mood that’s embedded in each frame. It’s something that stays with you long after you’ve stopped watching. True Detective‘s first season offered that thing up, and in its case, it was an unapologetic eccentricity. From the first episode to the last, the series zigged when we thought it would zag. The little details, like the killers’ fascination with deer antlers and bird traps; and the bigger pieces, like Rust’s ruminations; and that truly bizarre final installment, forced us to feel its strangeness.

And in many ways, that’s what kept us so engaged. We re-watched episodes, looking for ways to tie the oddities together. We theorized about what each new turn of events could mean. Season 2 had its surreal qualities as well, but by and large it was considerably more straight laced. If True Detective can find the weirdness again in Season 3, it will feel much more like the show that fans fell in love with in the first place.