TV Shows Canceled in 2018 That Could Make a Return

It used to be a somewhat rare occurrence for a TV show to be saved from cancellation. But now, it’s happening more and more, with one network axing a show and another quickly swooping in to revive it. This season, the most notable example of that has been Brooklyn Nine-Nine; Fox canceled the show, only for NBC to pick it up. The Expanse has also been picked up by Amazon after being canceled by SyFy.

Quite a few shows have been canceled this season, so is it possible that any of them could be revived like Brooklyn Nine-Nine and The Expanse? Here’s a look at those shows where a revival seems possible, including one case where the lead actor has confirmed talks are happening. (page 5).

ABC canceled the Kiefer Sutherland drama Designated Survivor after two seasons due to low ratings, although the show received pretty solid reviews and had its passionate fans.

According to The Hollywood Reporter, Netflix has expressed interest in bringing the show back for a third season.

Next: The creators of this show are open to a revival.

Ratings for Once Upon a Time declined after a dramatic cast shakeup, with many of the show’s stars, including Jennifer Morrison, leaving after Season 6. But Disney owns the property, and it was fairly popular at the height of its run. So could we see Once Upon a Time return in some form?

Creators Edward Kitsis and Adam Horowitz are open to the idea, though they wouldn’t be involved. “I would say we are up for someone else doing it and we look forward to seeing what that would be,” Kitsis told The Hollywood Reporter.

Next: We really hope this character returns.

Despite being a critically acclaimed series based on an iconic movie franchise, Ash vs. Evil Dead always struggled in the ratings, and Starz finally canceled it at the end of the third season. This was especially disappointing considering Season 3 ends with the perfect setup for Season 4.

Back when the show was first canceled, fans began contacting Netflix, hoping they would pick it up. But Bruce Campbell soon chimed in saying that they shouldn’t bother because he’s retired as Ash. However, would Campbell really stick to those guns if Netflix ended up saving the show?

At this point, an immediate, full-on revival seems unlikely, but we have a hard time believing we won’t see Ash again in some form, even if it’s as a movie.

Next: The creator of this show says he can’t imagine it won’t come back. 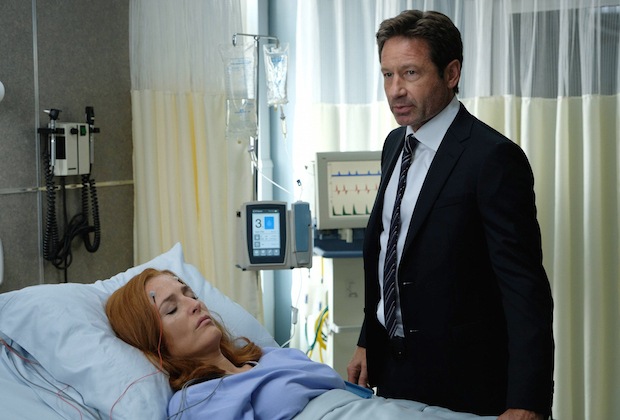 Technically, The X-Files wasn’t officially canceled. But it seems just about dead at this point. Ratings dropped significantly between Season 10 and Season 11, and after Gillian Anderson left the series, Fox said it had no plans for more episodes.

But Chris Carter told The Hollywood Reporter, “I can’t imagine the show won’t come back in some shape or form.” He also said that he viewed the Season 11 finale as a season finale, not a series finale, and he promised answers to the questions posed in it.

So The X-Files may be dead for now, and it may take years to come back. But we’ll probably see it again at some point.

Next: Revival talks are underway for this show.

When Fox canceled Lucifer at the end of the third season, revival talks immediately began, and fans launched the #SaveLucifer hashtag.

Soon, those fans got some promising news, as Tom Ellis told TV Insider, “Talks are happening. It’s not going to be an instantaneous thing like Brooklyn Nine-Nine was. It’s worth reiterating that to the fans. But we’re not giving up.”

UPDATE: Lucifer has now officially been picked up for a fourth season on Netflix.

Next: Could this show move to Hulu?

6. The Last Man on Earth

The Last Man on Earth | Fox

NBC quickly saved Brooklyn Nine-Nine after Fox canceled it, but what about The Last Man on Earth? The Will Forte show was averaging about the same numbers as Brooklyn Nine-Nine, so might someone be interested in reviving it?

There has not yet been word of any official discussions. But the show was produced by 20th Century Fox, which owns 30% of Hulu, so let’s hope we can get some resolution in a possible final season there.

Next: Could this show actually come back for Season 3?

Wayward Pines‘ future was unclear for a while, especially since it was off the air for so long. But in 2017, the president of Fox Entertainment said the network was exploring ideas for a third season.

In 2018, TV Line reported that the show as “unlikely” to come back for that third season, and Variety later reported that it had been canceled. However, fans shouldn’t totally rule out the possibility that those Season 3 talks could begin again at some point.