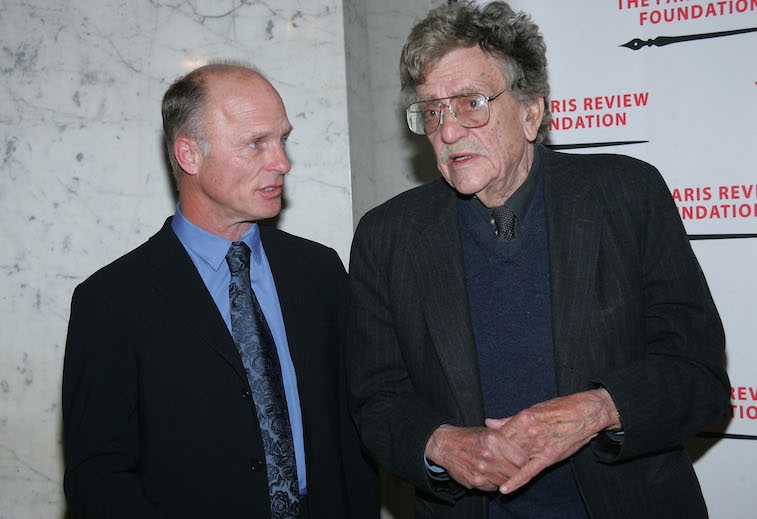 Kurt Vonnegut’s classic science fiction satire Cat’s Cradle is one of the most beloved novels of past century, but it has long been considered unfilmable. There have been attempts to make a movie out of the prize-winning book for years, but no film has yet come out of the efforts. Now a new company has announced they’ve purchased the rights to the novel with the intention of making it not into a traditional film, but into a television series. Will the current golden age of television make this project finally bear fruit for Vonnegut fans?

IM Global launched its television division nine months ago, and it just announced some exciting projects including the TV version of Cat’s Cradle. It has some interesting science fiction and horror programming on its slate, which makes sense given that former president of original programming for Syfy Mark Stern is one of the company’s co-founders. According to an article from Deadline, other shows the company is working on include an adaptation of the fantasy book series Darkover, the crime drama Den of Thieves starring Carla Guigino, the real-time horror drama Horrorshow, and a miniseries about the 1906 San Francisco earthquake.

“Cat’s Cradle is a true classic, not just in the science fiction genre, but in literature overall,” Stern said in a statement seen by Deadline. “We couldn’t be more honored or excited to adapt this seminal work for television.”

This isn’t the first time someone has tried to adopt the darkly hilarious book to film. Back in 2005, Leonardo DiCaprio’s production company Appian Way purchased the rights to the novel, but nothing ever came of it. The film was going to be written by father-son team James V. Hart and Jake Hart and produced by Hillard Elkins’s Elkins Entertainment, according to a report from Variety.

The book follows an everyman narrator named John who researches a late Nobel prize laureate responsible for helping develop the atomic bomb, as well as a top secret substance called ice-nine that renders water solid at room temperature and was planned to be used as a military weapon. The research also takes John to the fictional Caribbean nation of San Lorenzo, where the extremely poor nation is governed by a crazy dictator and practices a bizarre, irreverent, nihilistic faith. Almost nothing is left unscathed in the 1963 book, from science to the arms race to technology to religion. It is considered by many to be Vonnegut’s best work.

The truly strange nature of the plot, especially with the invented language, religion, and customs of the people of San Lorenzo, make this one of those novels that many consider to be unfilmable. It certainly would be hard to pack it all in to a two-hour feature. This is where the advantage of television comes in. With TV in its golden era, television programming is at its finest and audiences have been willing to embrace edgy and strange content. Television also allows stories to be told over a much longer time frame than a film does. That format could result in a better chance for success at adapting such an unconventional novel to film.

Vonnegut himself considered Cat’s Cradle to be his best novel, grading it an A plus along with Slaughterhouse Five when rating his own work in the book Palm Sunday. The filmmakers who end up adapting Cat’s Cradle will have their work cut out for them in living up to the book’s high standards, but the television medium might give them the creative freedom they’ll need to due Vonnegut’s seminal novel justice.