In the next few weeks, AMC’s acclaimed drama Mad Men will come to an end. Over the years, viewers who’ve tuned in to the story of Don Draper and the rest of the staff at a 60s-era New York ad agency have learned many lessons, from hazards of having an affair with your married boss to the dangers of using riding lawnmower inside.

Most of the characters on Mad Men are troubled to one degree or another, from Don, a chronic philanderer with a complicated past, to secretary-turned-copy writer Peggy Olson, whose talent and persistence haven’t always stopped her from hitting the glass ceiling at work. Not surprisingly, some of their problems have to do with money. The way Mad Men‘s characters handle these challenges isn’t always smart, but that doesn’t mean that there aren’t some lessons we can learn from their decisions.

Below, we outline four things Mad Men can teach you about managing your finances.

When Peggy Olson decides to buy an apartment in season six, she’s initially set on purchasing a place in a modern building on New York’s upper east side. But her live-in boyfriend Abe convinces her to invest in a fixer-upper on the west side of Manhattan, then a dodgy neighborhood. Peggy eventually agrees, in part because she’s trying to keep her relationship with Abe alive.

Buying the rat-infested apartment doesn’t solve Peggy’s problems with Abe, though. She feels unsafe in the area and ultimately ends up stabbing him one night after mistaking him for an intruder. They break up, but Peggy’s stuck with a run-down house and several apartments to manage.

If she’d followed her initial instincts, she’d probably be better off, at least in the short-term. Peggy can, however, take comfort in the fact that her building will eventually be worth a lot of money. A townhouse on West 81st St., in roughly the same area where Peggy is supposed to live, recently sold for $5.4 million. 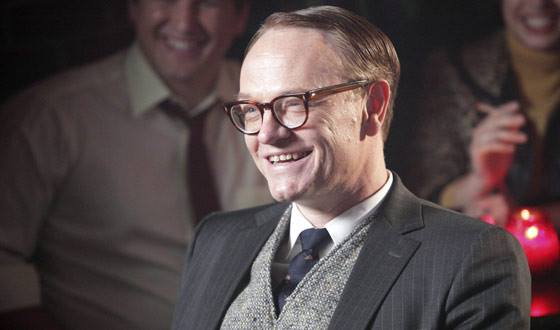 2. Trying to hide your financial problems will only make things worse

Mad Men doesn’t lack for tragic characters, but doomed Englishman Lane Pryce is certainly one of the most memorable. In the second-to-last episode of season five, we learn that Lane, an agency partner and the firm’s financial officer, is up to his ears in debt.

Lane owes back taxes in the U.K. and is expecting to pay them off with a holiday bonus. But he needs the money before the bonus checks are due to arrive, so he “borrows” $7,500 dollars from the firm, with the intention of returning the money once he gets his bonus. When the bonuses are cancelled, his embezzlement is discovered and he’s forced to resign. Lane commits suicide in his office shortly thereafter.

There are a couple of lessons to take from Lane’s sad story. Chief among them: Don’t steal from your employer. But the more important takeaway has to do with why Lane committed fraud in the first place – he’s too proud to ask for help. “Why suffer the humiliation for a 13-day loan?!” he tells Don. If Lane had felt comfortable explaining his financial troubles to someone else, he might have found a way to resolve his problem.

3. Don’t count on an inheritance

In season two, account executive Pete Campbell’s father dies in a plane crash. Though Pete grew up wealthy, it turns out his father squandered the family fortune before his death. Pete’s father has left nothing for their mother, and actually borrowed against her trust. To be fair, Pete and his brother aren’t exactly shocked by their father’s irresponsibility (Pete’s dad had already refused to help him buy an apartment), though it appears that their mother has no idea that she’s broke.

Roger Sterling’s daughter Margaret learns a similar lesson about not counting on an inheritance early in season six. After her wealthy grandmother dies, she asks her father for a loan so that she and her husband can invest in a refrigerated trucking business. But Roger tells her that her grandmother left all her money to the zoo, not to her family. “Her will looked like the manifest to Noah’s ark,” he says.

The lesson? Don’t assume that you’re guaranteed an inheritance, no matter how well-off your loved ones are, or appear to be. An even bigger mistake is counting on an inheritance to make up for your own lack of planning. “There are way too many adult children I see who are looking at Mom and Dad’s estate as their ticket to a secure retirement,” estate planner M. Holly Isdale told the Wall Street Journal. “But with people living longer, much of the money is likely to be spent.” 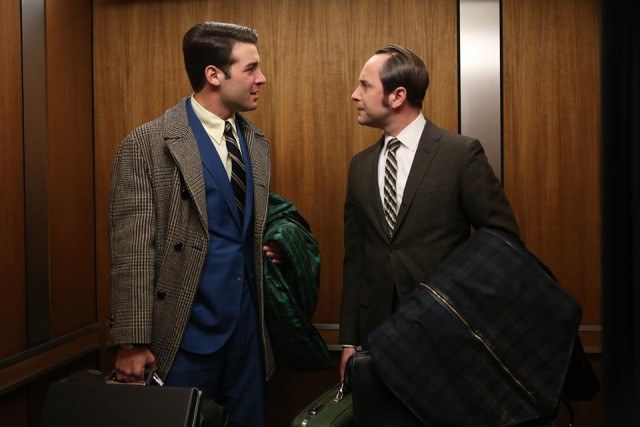 4. Watch out for elder financial abuse

In season six, Pete Campbell has taken over caring for his aging mother, Dot, who has dementia. He’s quickly overwhelmed by the responsibility, but struggles to find someone to help out. Eventually, he hires a caretaker on the recommendation of one of his co-workers. But the caretaker seems to have other motives. He appears to start a relationship with Dot, and eventually marries her and whisks her off on a cruise. After she falls overboard and dies, Pete accuses the caretaker, Manolo, of murder. Though if Manolo was after Dot’s money, he’s bound to be disappointed, since we already know her first husband left her with nothing.

Pete’s mistake wasn’t hiring someone to help him care for his mother; it’s obvious she needed more assistance than he could provide. But he erred in not checking up on the man he hired to do the job, who he learns only too late is not who he says he is.

The situation with Pete’s mother is a clear case of elder abuse, with her caretaker taking advantage of her dementia for his own gain. Today, financial abuse of older adults results in losses of $2.9 billion a year, according to the National Center on Elder Abuse.