Will Princess Charlotte and Baby Sussex Have the Same Birthday?

The countdown to Baby Sussex has officially begun. Although the royal family typically keeps due dates hush-hush, Meghan Markle couldn’t help but slip up on her royal baby’s predicted birth date. And, as it turns out, Prince Harry and Meghan Markle’s baby could share a birthday with their cousin, Princess Charlotte. Find out what we know about Meghan Markle’s due date, ahead. 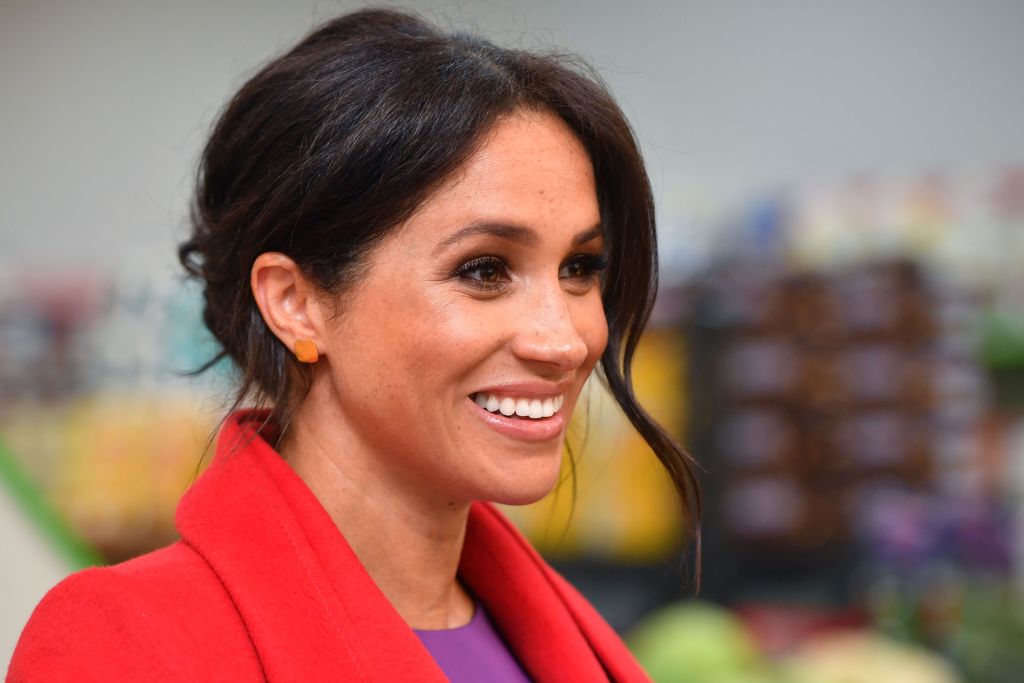 While visiting the town of Birkenhead on Monday, Meghan Markle put royal due date predictions to rest. The Duchess of Sussex reportedly spilled the beans to a crowd of fans. “We asked her how her pregnancy was going and she said she was six months and she tapped her tummy,” Carla Gandy, who was standing in the crowd, told People.

With the confirmation of how far along Meghan Markle is in her pregnancy comes a wave of new royal baby due day predictions. Some believe the Duke and Duchess of Sussex could welcome their son or daughter as early as mid to late April.

When is Princess Charlottes birthday?

Prince Harry and Meghan Markle’s baby’s birthday could cut it close to Princess Charlotte’s birthday, which is May 2nd. If the duchess’s due date is late April, there’s a chance she could wait for her bundle of joy to arrive up until her niece’s birthday.

That said, with the current predictions, Baby Sussex is more likely to arrive closer — if not, the day of — Prince Louis’s birthday.

When is Prince Louis’s birthday?

If Prince Harry and Meghan Markle’s baby arrives on Prince Louis’s birthday, the new princess or prince’s birthday will be April 23rd.

Whether Prince Harry and Meghan Markle’s baby arrives on Prince Louis’s or Princess Charlotte’s birthday, one thing is for certain: The Princess or Prince of Sussex’s zodiac sign is likely Taurus. However, with predictions starting as early as mid-April, Baby Sussex’s birthday could fall on the cusp, meaning it might end up with an Aries zodiac sign.

With just a few months to go, Meghan Markle has likely taken her birth plan into full consideration. And, some reports claim she has considered a natural birth. Find out the details of Meghan Markle’s birth plan, below.

In the past, most modern royal women welcomed their babies at the St. Mary’s Hospital Lindo Wing. And, while it is possible that the Duchess of Sussex could do the same, some suggest she wants to welcome her baby prince or princess closer to her new home in Windsor. If so, she could give birth either at home or at a nearby hospital.

She is considering a natural birth

Albeit not a requirement, some royal women prefer to give birth naturally — and Meghan Markle might be one of them. Apparently, the duchess has been reading up on natural births, specifically a technique called hypnobirthing, which is what Kate Middleton allegedly used.

Hypnobirthing is a cocktail of techniques that include relaxation, visualization, and deep breathing exercises.

Meghan Markle still has a few months of work ahead of her before heading on maternity leave. According to some reports, the duchess has informed her staff that she plans to work up until her due date (or, as close as possible).