The money child stars make doesn’t last forever. It can be a struggle for young actors to keep scoring roles as they age and their look changes. Some of them even end up broke by the time they reach adulthood.

While some of these celebrities managed to get their careers back on track, others haven’t had the same success. In fact, a few of the stars on this list died before they were able to get back on their feet. What all of them have in common is a period, be it large or small, where they faced financial difficulties. Here are 15 child stars who lost it all.

You know her as the twins from The Parent Trap remake, but Disney darling Lindsay Lohan managed to propel her child stardom into a fairly successful teenage acting career. Lohan’s roles in popular movies like Mean Girls made her a starlet in the early ’00s.

But then she made the same mistakes as many child stars have before her — including DUIs and a poor attempt at a singing career. After bad press surrounding her personal life and career, reports began to surface that Lohan was broke. In 2016, she and her now ex-fiance Egor Tarabasov took turns accusing each other of being the dead weight in the relationship. Lohan’s net worth as of 2015 was reportedly around $500,000.

During the height of her fame, Lohan dated pop singer Aaron Carter, who has also faced monetary challenges in the years since his peak. The younger brother of the Backstreet Boy, Nick, Aaron Carter had a quick brush with fame in the late ‘90s to early ‘00s, but his legal troubles began shortly thereafter.

Carter failed to produce a major hit after his heyday, and was unable to remain in the public eye save for a turn on Dancing with the Stars. In 2013, it was reported that he owed the IRS over $2 million, though he has since paid this off. 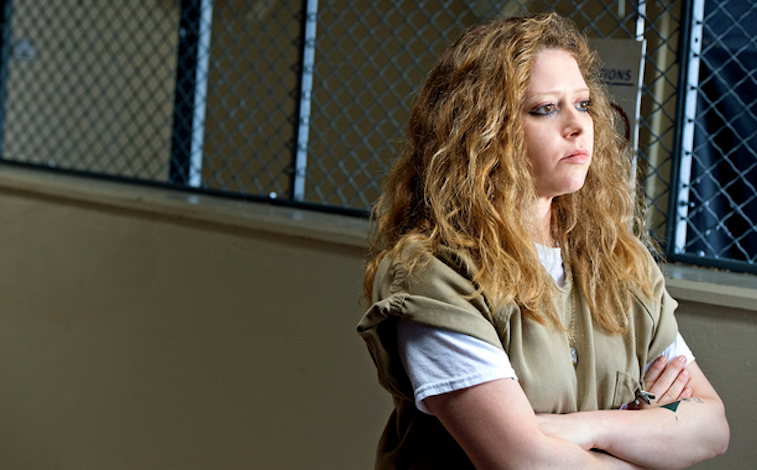 Though we know her now as Nicky on Orange Is the New Black, Natasha Lyonne began her acting career very young, with roles in films like 1993’s Dennis the Menace. She continued to act into her teens and even appeared in Woody Allen’s 1996 film, Everyone Says I Love You. Lyonne soon became known for her memorable turn in the teen comedy, American Pie.

After a series of drug and legal incidents, Lyonne wound up in the hospital in 2005. She lost it all, and was considered unemployable for a number of years before bouncing back after she sobered up.

Everyone’s second-favorite ’90s TV geek (after Urkel, of course), Screech, fell from grace when Saved By the Bell came to a close. Dustin Diamond played his signature character for many years, but has remained unable to achieve that level of success since.

Diamond disappeared from the public eye until 2006, when he released a self-directed adult film that he also starred in. He subsequently appeared on Celebrity Fit Club, and later released a semi-autobiographical account of his time in the spotlight titled Behind the Bell. Diamond later managed to get into legal trouble, during which time his net worth was estimated to be around $50,000.

Born to an actor and actress, Gaby Hoffmann had a strange upbringing, living much of her youth in Manhattan’s Chelsea Hotel. Hoffmann began acting very young, appearing in films such as Field of Dreams and Sleepless in Seattle. She acted throughout her teen years, and did some theater work in New York while in college.

In an interview with The New York Times in 2013, Hoffmann claimed that she had $2 in her bank account. She later corrected this to a few thousand, but lamented that she wasn’t getting much work. However, Hoffmann was already in the midst of making her comeback: Shortly after the interview, she had a recurring role on Girls and now stars in the acclaimed Amazon series, Transparent. 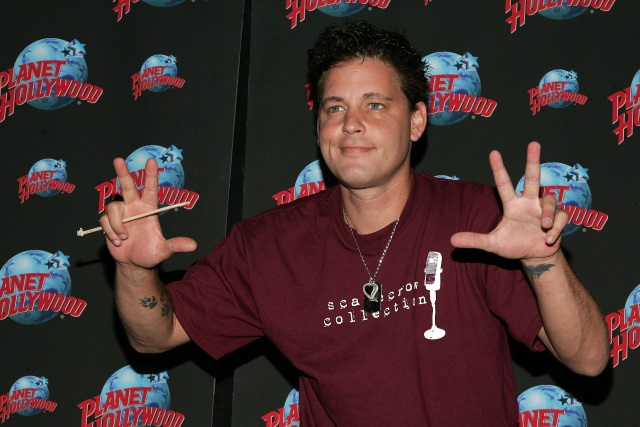 Canadian actor Corey Haim began acting at age 10, but didn’t become a household name until a few years later. Alongside Corey Feldman, the pair became known as “The Two Coreys,” and were considered teenage heartthrobs.

Haim soon became known for more than his acting, as the star fell into a cycle of drug abuse and subsequent rehabilitation. In 2010, at only 38, Haim died of an accidental overdose. His old friend, Feldman, told Larry King that Haim was “very destitute, very broke” at the time of his death.

Young Amanda Bynes was the epitome of the child star. Beginning her career on Nickelodeon’s All That, she soon got her own sketch show on the network. She smoothly transitioned into a teen celebrity with films like She’s the Man, and her The WB sitcom, What I Like About You.

But Bynes grew tired of acting, and announced her plans to take time off in 2011. This was around the time her legal problems began. Bynes also became fond of taking to Twitter to share her every thought with the public, including the fact that her parents were in control of her money and she was unable to afford to live.

Though he only had a few notable roles, Gary Coleman’s name is well-known. Remembered for his small stature, Coleman was most popular as Arnold Jackson on the long-running series, Diff’rent Strokes, and his signature catchphrase “What’chu talkin’ ’bout, Willis?”

His child-like appearance made finding steady work as an adult actor difficult, and in 1999, he filed for bankruptcy. In addition to several legal issues, Coleman’s financial struggles persisted, and he passed away in 2010 with few assets to speak of.

Actress Jodie Sweetin’s life began with hardship, as both of her parents were in jail. She was adopted by her aunt and uncle, and at the age of 5, landed the role of Stephanie Tanner on the hit family series, Full House. Sweetin remained on the show for all eight seasons.

However, after the series wrapped, she began to flounder and turned to drugs. She had very few acting jobs, and spent her residuals on meth. After getting clean, the opportunity arose for Sweetin to get back on TV with the revival series, Fuller House, on Netflix. 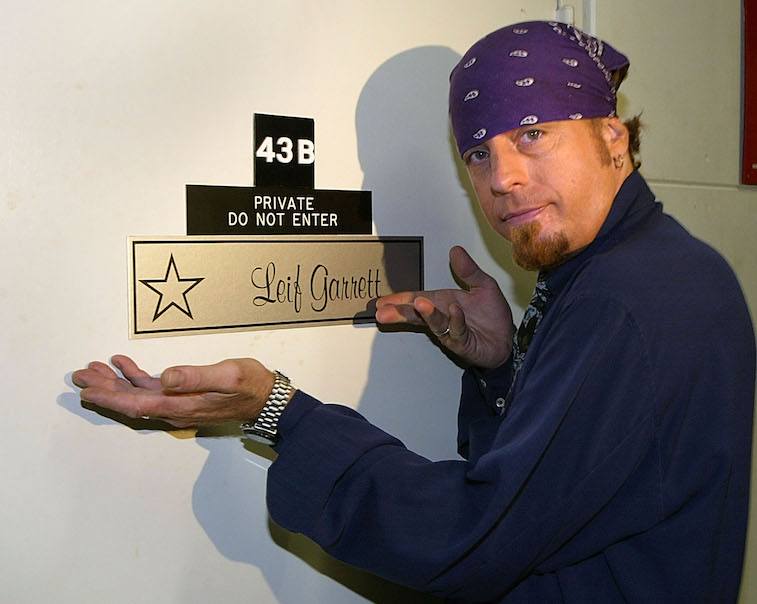 Child actor turned musician, Leif Garrett, was born in Hollywood, and began his entertainment career early. He was cast as Mike Pusser in the original Walking Tall trilogy. Garrett quickly became known as a teen idol, and began a music career.

Like several stars on this list, Garrett turned to drugs early, and was found at fault for a car accident that rendered his friend a paraplegic. In 2001, Garrett declared bankruptcy. He was also arrested for drug possession a number of times over the years. 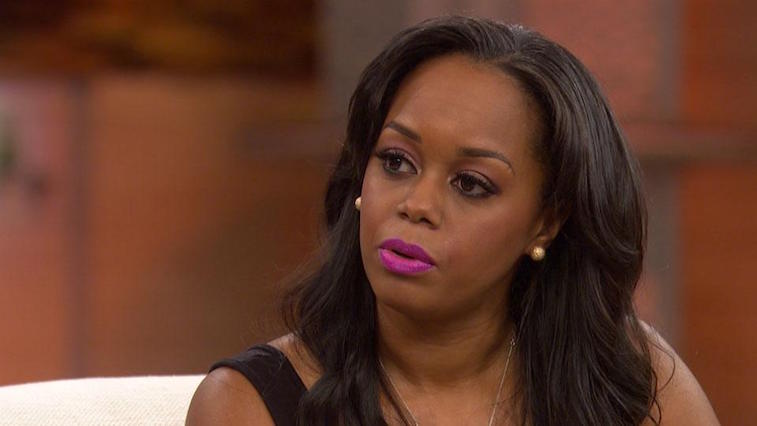 Even a brief period on TV can cause a former child performer to fumble later in life. Actress Jaimee Foxworth began as a young model before starring as Judy Winslow on Family Matters. However, Foxworth’s character was written off with no explanation after the show’s fourth season, and she has never been able to get back in the game.

Foxworth’s family went broke, and she turned to pornography, acting under the name “Crave.” After leaving the adult entertainment industry, Foxworth appeared on Celebrity Rehab with Dr. Drew, and was able to get sober, giving birth to her son in 2009.

Another child star who came from a show biz family, Danny Bonaduce is best known for his role as Danny Partridge on The Partridge Family. When the series came to an end, he struggled to find acting gigs and turned to drugs.

Bonaduce recounts being poor and living in his car for a time. In the late ’80s and early ‘90s, he was able to get back on his feet by working in radio, and later turned to reality TV.

Like her costar, Gary Coleman, Dana Plato struggled to find work after starring on Diff’rent Strokes. While still on the show, she began experimenting with drugs and alcohol, and was written off the series after she became pregnant.

Plato continued to struggle for years to come, separating from her husband, losing her mother, and having most of her money stolen from her by her accountant. She tried to get back on her feet, but was arrested twice and lost custody of her son in her divorce. The day before her death by drug overdose, she appeared on The Howard Stern Show, and alleged said that she was sober. 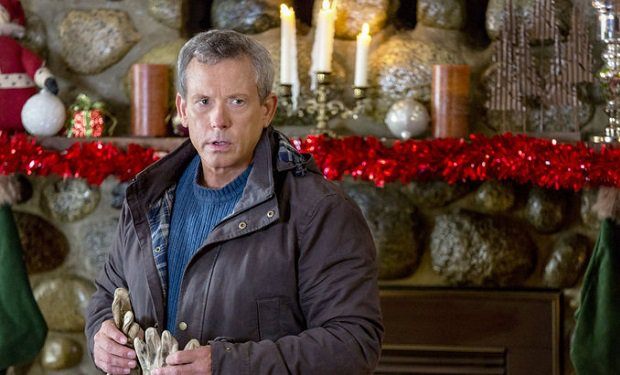 Willie Aames in Every Christmas Has a Story | Hallmark Channel

The ‘70s and ‘80s were a difficult time to be a child star. Willie Aames had a promising career as a young actor, starring in series such as Eight Is Enough and Charles in Charge. But, following his teen years, he was unable to reclaim his fame.

Years later, Aames confessed that he spent a period of time homeless, describing it as hitting “rock bottom.” He appears to have gotten his life back on track, however, and has reportedly spent time working as a cruise ship director.

Actress Erin Moran began acting in commercials as a young child before landing the role of Joanie Cunningham on Happy Days, and its spinoff, Joanie Loves Chachi. Like many others on this list, she was only able to stay afloat by appearing on reality TV series throughout the 2000s.

In 2011, Moran and a few of her Happy Days costars filed a lawsuit against CBS, stating that the network had failed to pay them for merchandising revenues. Moran spent her final years in Indiana, where she died in 2017 at the age of 56 from cancer.