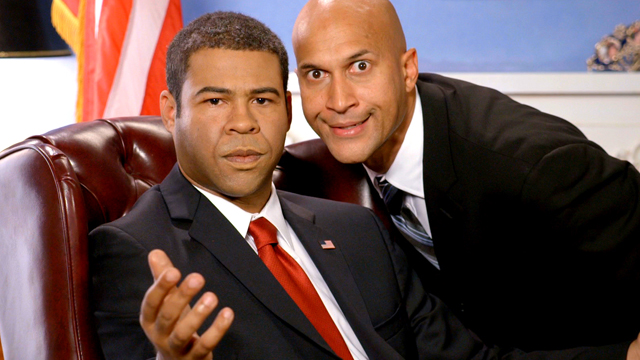 Whenever someone thinks of Comedy Central’s more political-leaning lineup of shows, they automatically turn to the work of Jon Stewart and Stephen Colbert. Colbert has since been replaced by Larry Wilmore. It seems like virtually every rant from Stewart on the failures of CNN and Fox News gets circulated daily like wildfire. Meanwhile, though, it’s the network’s other programming that’s really made headway into the issues of gender and race. It’s been a gradual shift, but one that’s escalated into a full-on movement that the Internet is finally standing up and taking notice to.

It began in 2012, when Key and Peele debuted. A sketch comedy show starring Mad TV alums Jordan Peele and Keegan-Michael Key, it pulled in a huge audience right off the bat. Its incisive comedy subtly jabbed at hot-button issues on a regular basis. Shortly after the Trayvon Martin shooting, the show debuted a sketch where Peele walked through a suburban white neighborhood in a hoodie as onlookers stared at him uneasily. As a police officer came by, he pulled the hood up over his head, revealing a photo of white person on the side to throw the cop off his trail.

Their writing always seems to walk that line between making an audience laugh and simultaneously making them feel uneasy. This culminated in their latest sketch to air online, unceremoniously titled “Negrotown.” In it, Key is transported to a magical land where “you can wear your hoodie without being shot,” and with no “trigger-happy cops and scared cashiers.” Written out, the lyrics to the introductory song in the sketch are as inflammatory as it gets. And yet somehow, the way it’s presented is digestible while still making for poignant social commentary. But it’s not just racial disparity that’s addressed by Comedy Central’s best offerings.

Gender politics have reached the forefront as significantly as race in just the past couple years, led by Broad City and Inside Amy Schumer. Lately, Schumer’s sketch show has pulled no punches in addressing the treatment and perception of women in America. She recently aired an episode that ran as a 30-minute parody of 12 Angry Men, in which Jeff Goldblum, Kumail Nanjiani, Paul Giamatti, and more debated over Amy Schumer’s “f*ckability.” In an interview preceding that episode, Schumer admitted, “I’m more proud of that than anything I’ve ever done in my life.”

The episode was a masterful takedown of the way men talk about the physical appearance of women, and it really should be required watching for anyone even remotely interested in gender studies. Similarly, this whole season of Inside Amy Schumer has been just as controversial, also featuring a sketch where Tina Fey, Patricia Arquette, and Julia Louis-Dreyfuss explain to Amy how as women, they’re no longer sexually relevant in their “advanced” age. It’s writing like this that’s put a mirror up to a society often afraid to start a real conversation about gender issues.

The sheer virality of sketches (and relative availability on YouTube) from Inside Amy Schumer and Key and Peele have spread the conversation to the four corners of the Internet. Not only are people watching both shows, but they’re now beginning to unlock the underlying issues each show looks to address in a comedy format. It’s equal parts brilliant and necessary, acting as the new medium for having these all-too important conversations. The only question remaining is where they’ll go next.