Macy’s Thanksgiving Day Parade Balloon Inflation: Where Can I See the Macy’s Balloons Before Thanksgiving? 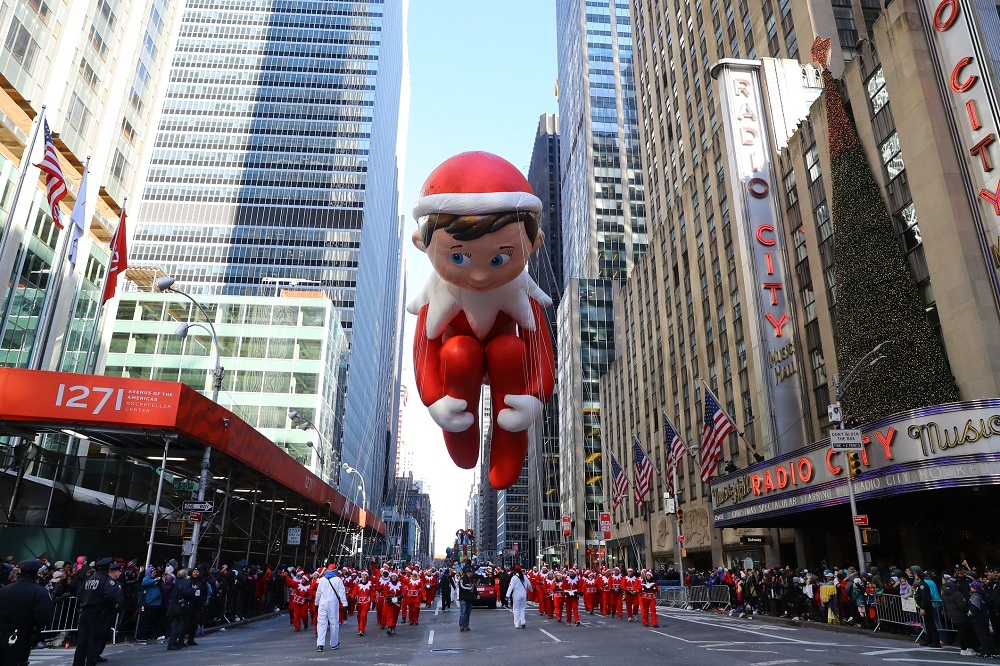 Want to see the Macy’s Thanksgiving Day Parade balloons up close? Head over to the Upper West Side of Manhattan on Wednesday, November 21, 2018. From 1:00 p.m. to 8:00 p.m., parade enthusiasts and spectators alike can catch a close up of the balloon inflation. For the 92nd annual parade, the line-up of balloons includes 16 character balloons along with 43 novelty balloons, heritage balloons, balloonicles, balloonheads, and trycaloons.

Those eager to catch a glimpse of the Macy’s Thanksgiving Day Parade balloon inflation might wonder: Where can I see the Macy’s balloons? To see the balloon inflation, you’ll want to head over to the Museum of Natural History (along 77th ad 81st streets, between Central Park West and Columbus Avenue). Crowds begin to line up in the afternoon before Thanksgiving and the viewing path takes around 45-minutes to complete. Keep in mind, the attraction is very popular and the wait time might be longer than anticipated. To ensure you have enough time for viewing, plan to wait in line for at least an hour (if not, longer).

According to Playbill, you can beat (some of) the crowd by purchasing a museum ticket and visiting during the day. Upon exiting the museum, you have access to a different viewing path, which might lessen the wait time a bit.

How to watch the Macy’s Thanksgiving Day Parade on TV

If you can’t catch a glimpse of the balloons in real life, they are just as spectacular on television. To watch the Macy’s Thanksgiving Day Parade, tune in to NBC at 9:00 a.m. ET on Thanksgiving morning (Thursday, November 22, 2018). You can also watch via the CBS broadcast at 9:00 a.m. ET or stream online on Verizon’s YouTube page, nbc.com, or the NBC mobile app.

Those lucky enough to see the parade in person can see the balloons on the infamous parade route Thursday morning. However, you’ll want to plan your spot ahead of time, as many people get there early and stake out a good view. The parade begins at 9:00 a.m., but many begin camping out along Central Park West at 6:00 a.m.

For the best early bird views, try to snag a spot along Central Park West between 59th and 75th street (note: There is no viewing along Central Park South). If you’d rather get to the scene later, you can make your way down the parade route and watch from Sixth Avenue between 38th and 59th street.