‘Veep’ Season 7 Update: Here’s When We Can Expect It to Air, According to HBO

HBO has just provided us with an update on the status of Veep‘s final season.

At the Television Critics Association’s press tour today, HBO’s president of programming, Casey Bloys, said that Veep Season 7 will begin shooting this fall and will air sometime next spring, according to The AV Club.

Normally, Veep‘s seventh season would have already wrapped up on HBO by now; the show usually broadcasts from April to June of each year. However, the final season was delayed when star Julia Louis-Dreyfus was diagnosed with breast cancer last fall.

Louis-Dreyfus underwent surgery in February. She posted on Instagram afterward, “Hoorah! Great doctors, great results, feeling happy and ready to rock after surgery.” Months later, the actress appears to be doing great, recently posting a series of photos of herself looking happy and healthy on vacation with her husband.

The final season of Veep was actually already expected to be a bit delayed, with Deadline reporting in early October that it would premiere in June 2018 or later. HBO had announced that shooting was going to start on October 16th. Naturally, though, when Louis-Dreyfus was diagnosed with breast cancer, the show went on an indefinite hiatus.

“Our love and support go out to Julia and her family at this time,” HBO said in a statement last fall. “We have every confidence she will get through this with her usual tenacity and undaunted spirit, and look forward to her return to health and to HBO for the final season of ‘Veep.’”

In early 2018, Matt Walsh provided an update, saying that Louis-Dreyfus had been at some table reads and that shooting would begin in August. Now, it seems that this start date has had to be pushed forward a bit, but the plan is still to release the final season in 2019, and now we know it will come out sometime in the spring. Every previous season began airing in April, and with this schedule, Season 7 coming out in April 2019 is definitely possible. 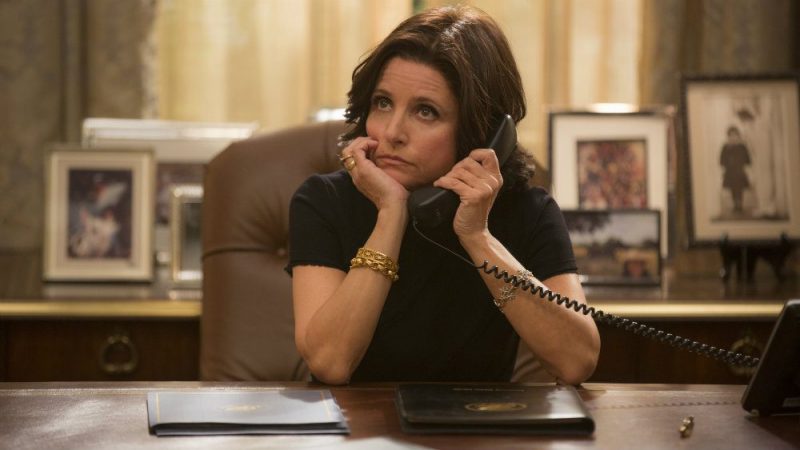 A spring premiere means that Veep will be eligible at the 2019 Emmys, where it will almost certainly dominate and where Louis-Dreyfus will likely win for the show one last time. This also means that HBO will be having an extraordinary start to 2019, as the network also said today that Game of Thrones‘ final season would premiere within the first half of the year. Big Little Lies‘ second season will also be airing next year. No premiere date has been announced for that show, but the first season began airing in February 2017.

Season 7 will be the last season of Veep, although that has nothing to do with the star’s health. The show coming to a close was announced before Louis-Dreyfus’ cancer battle, with the actress and the show’s creators saying it just felt like the right time.

“It became clear that this season should be the last season,” Louis-Dreyfus told The Hollywood Reporter. “We don’t want to repeat ourselves or wear out our welcome. The story has a finality to it that feels end-of-series.”

Season 7 should certainly be an interesting one, as the last episode of Season 6 wrapped up with Selina Meyer deciding to run for president again. However, Jonah Ryan has decided to run as well, and despite all of his proposals being completely ridiculous, it seems like he might be able to gain some momentum in the election.