What Are Prince William and Harry’s Favorite Soccer Teams?

Prince William and Prince Harry might be members of the royal family, but they try to lead relatively normal lives. And while attending fancy schmancy events isn’t exactly perceived as normal, following sports is. As it turns out, the princes are major soccer (aka, football) fans. They even enjoy playing a game of footy from time-to-time. Like many soccer fans, the royal brothers have a favorite football club. However, they don’t root for the same team, which makes for an interesting — and totally relatable — sibling rivalry. What are Prince William and Harry’s favorite soccer teams? We’ve got the inside scoop, below. 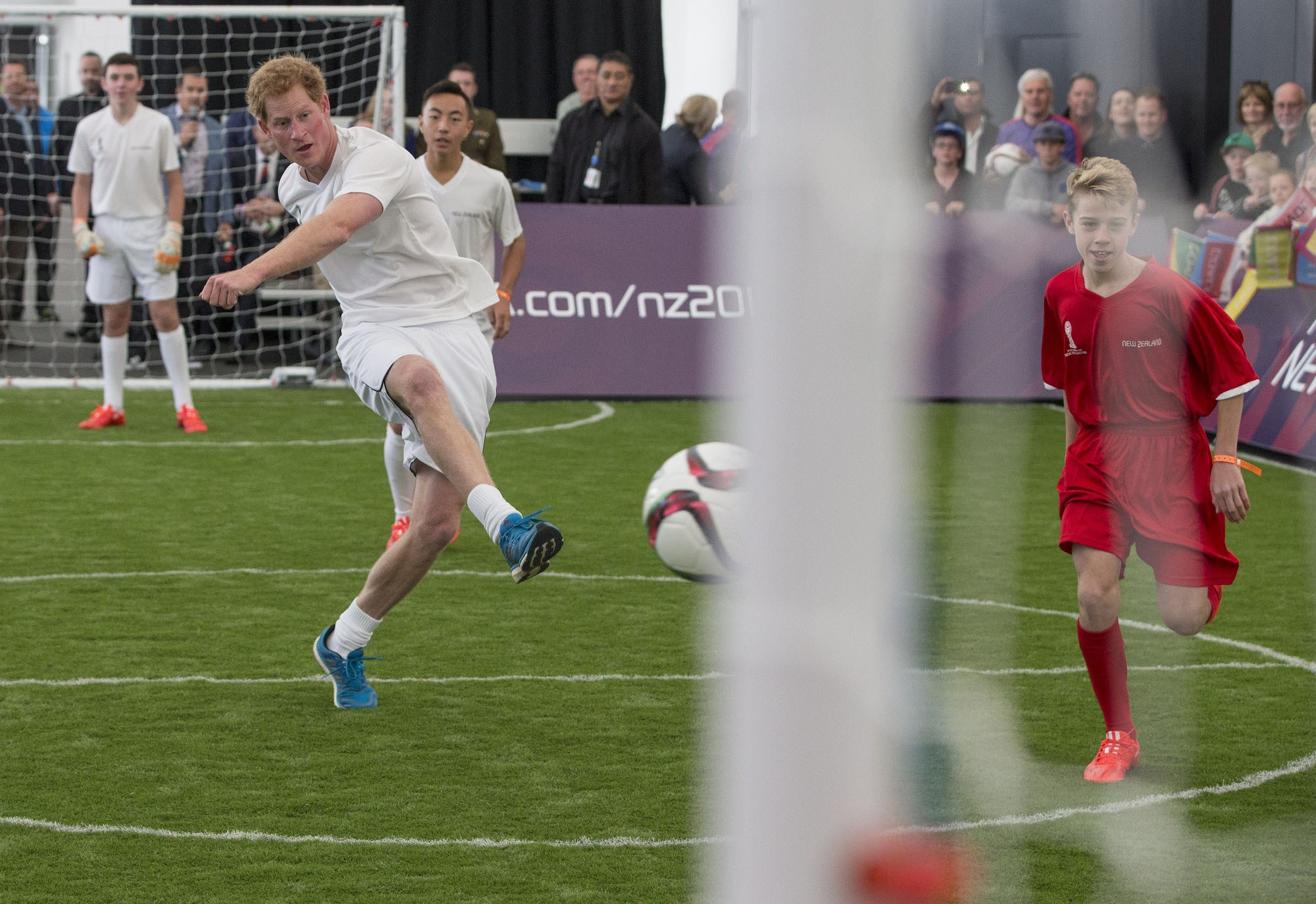 Prince William is one of the biggest soccer fans in the royal family. And, as it turns out, he has served as president of the Football Association since 2006. As part of his presidential duties, Prince William shows face at many England games and FA Cup finals. He also helped open the St George’s Park national football center and has hosted football-related events — including a soccer match at Buckingham Palace — to honor grassroots football volunteers.

His all-time favorite team is undoubtedly Aston Villa. The Duke of Cambridge has attended many games over the years, including throughout his childhood.

Harry — along with other members of royalty — is allegedly an Arsenal fan. That said, he hasn’t quite come out and said it. Once while on an official visit to New Zealand, the Duke of Sussex admitted that “most of the royal family are Arsenal fans” though. On top of his allegiance to Arsenal, Harry is particularly proud of the England national team and has attended many matches and cup finals.

In May 2018, Prince Harry and Meghan Markle’s wedding fell on the same day at the FA Cup between Chelsea and Manchester United. Many speculated the couple set their wedding time for 12:00 p.m. so that guests would still be able to watch the big match, which started around 5:15 p.m.

Prince William and Prince Harry aren’t the only royal soccer fans. The queen, Prince Charles, and other members of royalty also love the sport. See their favorites, below. 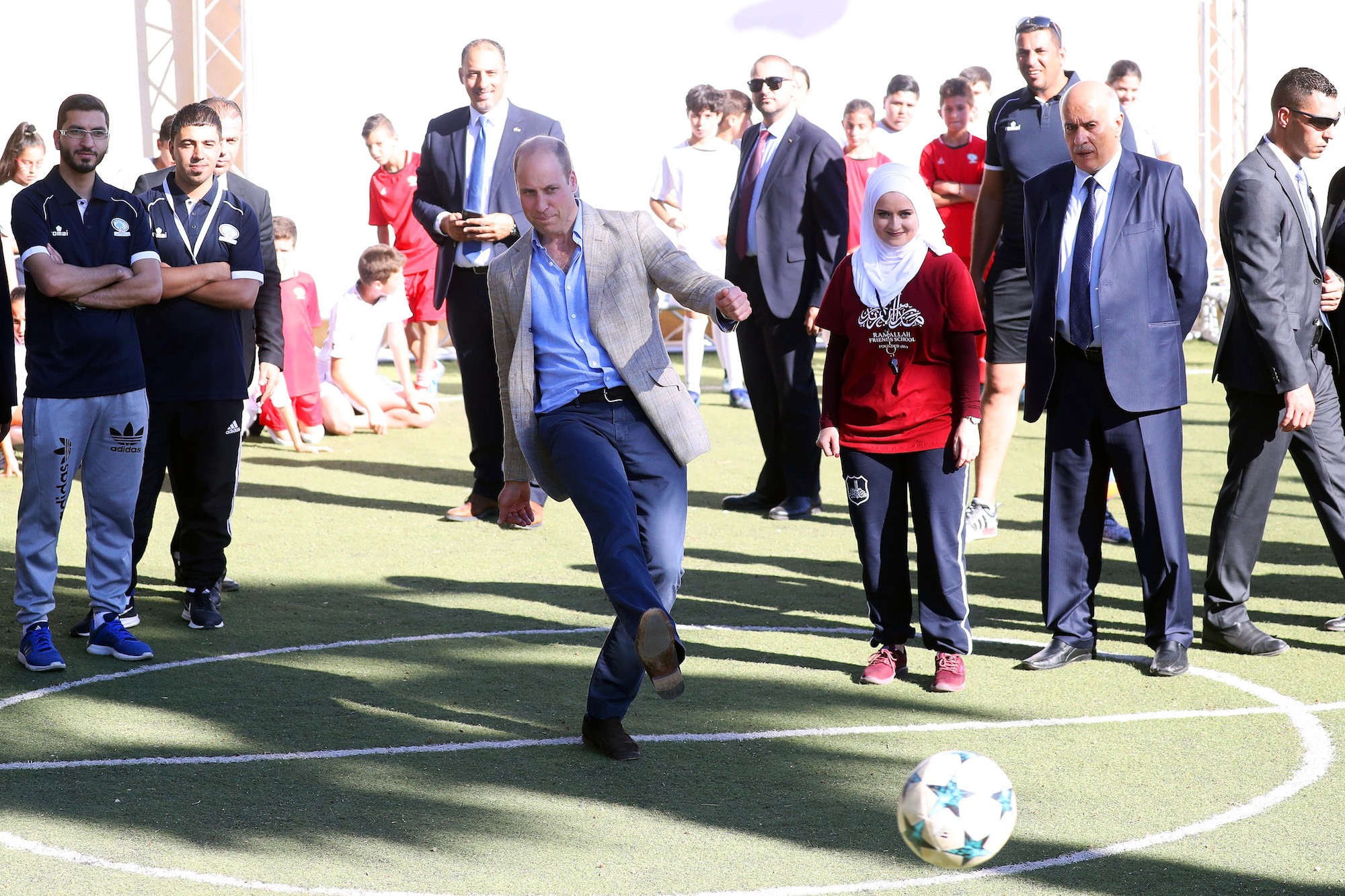 When it comes to soccer, some royal family members tend to fluctuate their fandom (some believe it has to do with players and coaches). Case in point: Queen Elizabeth II is believed to have supported multiple teams throughout her reign. That said, many believe Her Majesty is a West Ham United fan — and has been since the 60s. But, in typical Queen Elizabeth II fashion, she chooses to remain neutral and will probably never admit her favorite soccer team.

In addition to West Ham United, the queen is also rumored to cheer on her grandson, Prince Harry’s favorite soccer team, Arsenal.

Charles also has a favorite team. While the Prince of Wales has probably supported Prince William and Harry’s favorite soccer teams over the years — especially when they were young — he allegedly has a soft spot for Burnley. After spending time in the area, Charles realized he preferred the underdogs. When asked why he prefers the team, he once said: “Burnley has been through some very challenging times, and I’m trying to find ways of helping to regenerate and raise aspiration and self-esteem in that part of the world.”

One would think Kate Middleton supports her husband’s favorite team. However, that is not the case. In 2015, the Duchess of Cambridge attended a children’s charity event and revealed she is, in fact, a Chelsea supporter.