Which ‘Friends’ Stars Are Still Friends in Real Life?

It’s been over 20 years since the beginning of Friends, but many of the stars have stayed close over the years. To be honest, we’re really not surprised. Jennifer Aniston, Courteney Cox, Lisa Kudrow, Matt LeBlanc, Matthew Perry, and David Schwimmer all went through the same immense amount of fame with Friends that no one else could ever truly understand.

They may not all hang out in the same New York City apartment anymore, but many of the stars have managed actually remain real-life friends. See who in the Friends cast is still actually super close today. 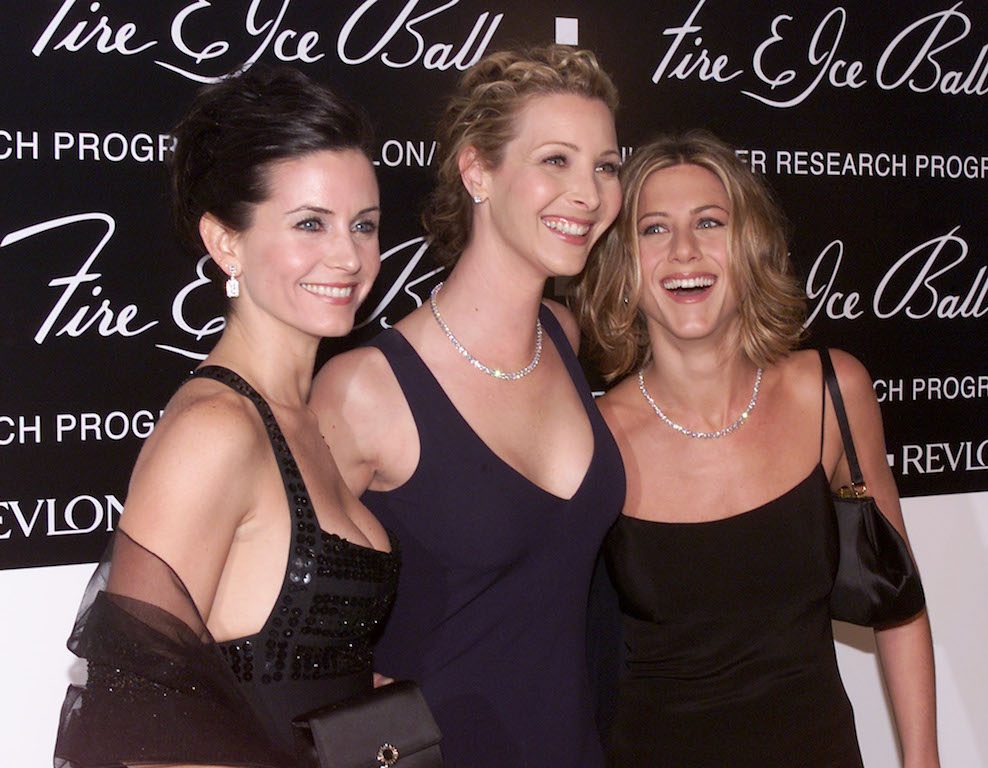 While Aniston and Cox are the most well-know post-Friends besties, it turns out Kudrow is still just as close with the two of them. In March 2018, it was revealed that the three women keep in regular contact through a group text.

However, it turns out it may be a bit too modern of a medium for Cox. “Lisa, Jennifer, and I all have a text chain, but to me it’s too much pressure,” she admitted to Us Weekly. “I’m not into the group text chain. I really don’t like it!”

Even Kudrow did admit, “It’s a lot.” Cox pointed out, “And then you have something funny to say and you say it but then you send the text and they don’t get it.” While technology does make keeping up with old friends convenient, we totally get the pressure of trying to keep up.

Joey and Chandler may have been friends on the show, but as it turns out — they’re BFFs in real life, too. In 2016, LeBlanc said of Perry, “I saw him yesterday. I love that guy! I can not see him for five years and then get in a room together and still have that shorthand with each other. It’s amazing, really. Ten years in a building with no windows and the doors locked, we got to know each other pretty well.”

While some Friends stars have remained closer than others, they’ll clearly always be there for each other. LeBlanc raved about the Friends cast in 2016, “I love all five of them. We spent a lot of time together.”

Even though LeBlanc and Perry didn’t get invited to Aniston’s 2015 wedding to Justin Theroux, they didn’t seem to take it personally. “I think they’re a great couple. I think she’s happy. And that’s all I care about is that Jen’s happy,” LeBlanc said at the time, before anyone would suspect their eventual divorce. “If she wanted me there, I would have been there,” LeBlanc did also point out.

Kudrow even told the Today show in 2017, “We have convened, privately, for dinner, and it was great.”