When the news broke that a limited revival of the beloved Gilmore Girls series was hitting Netflix in 2016, the internet went crazy. Fans of The WB (turned CW) hit were eager to see what their favorite Stars Hollow residents had been up to. We were also hopeful that creator Amy Sherman-Palladino would finally get the ending she had planned. She and her husband, Daniel Palladino, left the show after Season 6, leading to a lackluster final season and subsequent cancellation by the network.

But Gilmore Girls: A Year in the Life left many viewers disappointed (not to mention many questions unanswered). Complaints ranged from too much fan service to a regression of character development, as well as confusion about those infamous final four words. So now that there are whispers of more episodes in the works, we’re left to wonder: Should we reunite with Lorelai and Rory again? Here are our arguments as to why Netflix should leave well enough alone.

It’s hard for a revival show to find a balance between meta-awareness and actual storytelling. While writers can’t ignore the fans, and want to give them the moments and nods that only longtime viewers will understand, there’s also a progression that needs to occur in order to tell a cohesive story that propels the characters forward.

Gilmore Girls: A Year in the Life may have gone a bit too far into the “wink wink, nudge nudge” realm. Various characters (who had little to do with the plot) reappear, and old jokes are squeezed in where they aren’t necessary. Still, the writers clearly worked to toe the line, and fans were generally pleased with the callbacks that did appear. Another season could allow the writers to focus on the characters and story at present, but it could also just be an excuse for more fan service.

2. There won’t be enough Sookie

Melissa McCarthy as Sookie St. James in Gilmore Girls: A Year in the Life | Netflix

While the leading ladies, Lauren Graham and Alexis Bledel, went on to have varying degrees of success after Gilmore Girls, it was Melissa McCarthy, who played Lorelai’s best friend and business partner, Sookie, who became the breakout star. McCarthy gained household recognition for her lead role in the CBS sitcom Mike & Molly, while simultaneously starring in the Judd Apatow comedy, Bridesmaids. She immediately earned Emmy and Academy Award nominations for these two productions, and the rest is history.

So when fans heard the revival announcement, one of the first questions asked was, “Will Sookie be back?” With McCarthy’s busy schedule, it seemed unlikely, and there was a lot of confusion as to whether or not she had been approached by Sherman-Palladino and company. In the end, McCarthy confirmed her presence in A Year in the Life, but Sookie only appeared in a brief scene in the final episode, “Fall.”

Needless to say, this wasn’t enough Sookie for anyone, and chances are it would be even more difficult to secure McCarthy for more episodes. Lorelai is at her best when the two are together, and Sookie is often the most delightful part of the show. It would be sad to see Stars Hollow without her once again. 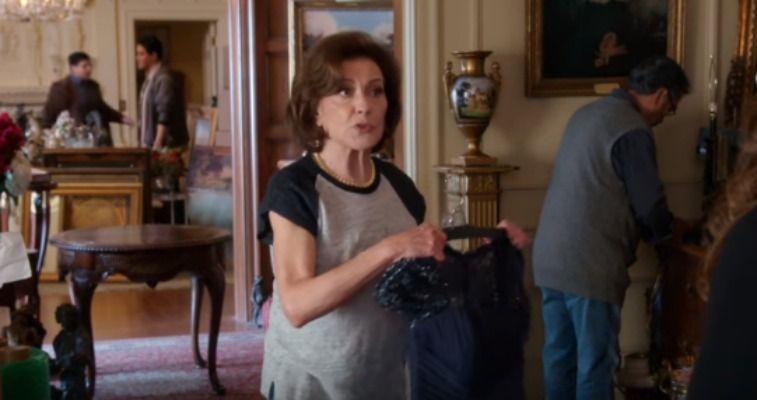 Speaking of great characters, Emily Gilmore is a notch above. The matriarch of the family, Emily is initially judgmental and a bit callous, and she and Lorelai have a very fractured relationship. But over time, Emily begins to grow and change — spending time away from her husband, Richard, and learning from her daughter and granddaughter.

In the revival, Emily has even more of a role than in the original series. The actor who portrayed Richard, Edward Herrmann, passed away, and so, Sherman-Palladino chose to have Richard also be deceased. This creates an intriguing arc for Emily: An elderly woman living alone for the first time, discovering who she is on her own.

At first, Emily flounders, but by the end of the revival, we see her come to embrace her life once more, and discover what makes her happy. Few characters get such a perfect ending, and it would be a shame to dig that back up just to create drama in future episodes.

4. Rory is a mess and kind of a jerk now 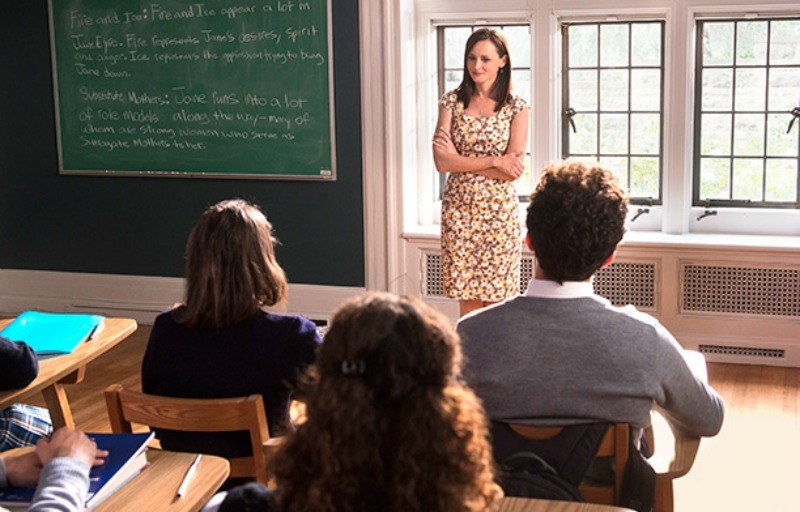 Rory’s character arc is also an interesting one, but it has a lot more ups and downs than Emily’s. The show begins when Rory is a 15-year-old bookworm who desperately wants to learn everything she can. But as soon as she begins attending prep school at Chilton, things start to change for her. Throughout the series, Rory is pulled back and forth between her passion for education and success, and the intrigue of the high society world her mother left behind.

Season 7, which was widely considered the worst of the series, saw Rory end on a happy note. Though she turned down Logan’s proposal, she scored an amazing gig in the final hour, and was about to set off on the first leg of her career. But the revival showed a millennial floundering in today’s uneasy economic landscape. While this is realistic, Rory handles things in a very un-Rory-like fashion. There is a beau named Paul who she leads on while she hooks up with the now-engaged Logan, and she proves to be entitled when it comes to a potential job opportunity.

And then there are those final four words. Everyone is curious: Is the baby Logan’s? Is it someone else’s? Is she a surrogate for Paris? But the truth is, no answer would really please the masses. Sherman-Palladino intended for those words to end the series when Rory was 22, which would have had a bigger impact and made more sense in the storyline. As it stands, Rory’s pregnancy created an ambiguous end with no true happy ending in sight.

5. The Luke and Lorelai story came to a satisfying conclusion 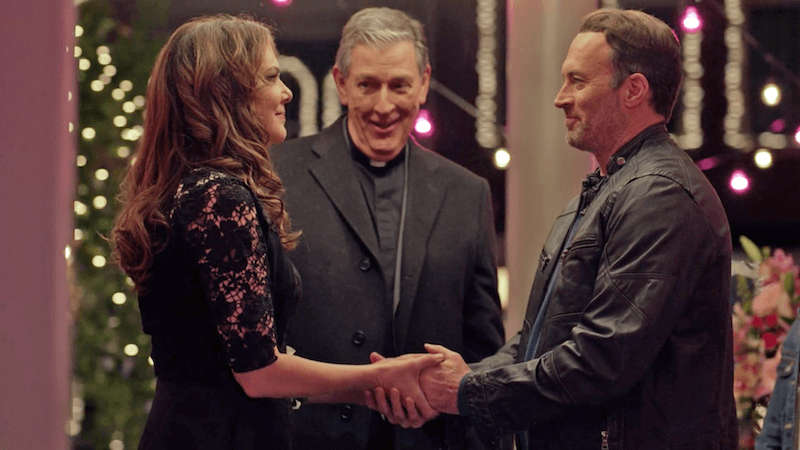 Scott Patterson and Lauren Graham in Gilmore Girls: A Year in the Life | Netflix

While Rory’s suitors are often debated (#TeamLogan), most fans are pretty definitive when it comes to who Lorelai belongs with. Luke and Lorelai begin as friends with some sexual tension, then begin dating, got engaged, and then broke up. They (presumably) get back together in the original series’ finale, and in A Year in the Life, have been dating and living together ever since.

But things aren’t perfect when we meet up with the pair once again. They’ve grown too comfortable in their routine over the last several years, and things start to come between them. They discuss having a child together, but ultimately decide not to. After Lorelai does something very un-Lorelai and attempts to hike the Pacific Crest Trail, she comes home and asks Luke to marry her once again.

For all their back and forth, Luke and Lorelai finally get the ending they deserve: An enviable wedding and a recommitment to one another, as they continue to grow in their careers. Any further episodes would only stir up more drama, and it’s time to let this pair be. 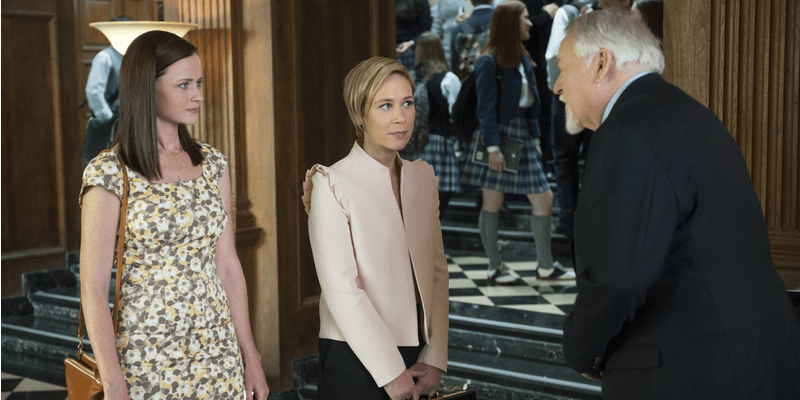 Alexis Bledel and Liza Weil in Gilmore Girls: A Year in the Life | Netflix

The people of Stars Hollow (and Chilton, and Yale) are what make Gilmore Girls. From quirky townsfolk like Kirk and Taylor, to Logan’s gang of “Life and Death Brigade” pals, almost everyone who played a notable part in the original came back for A Year in the Life. This was great fun for the fans, and it seemed to be an enjoyable time for the actors as well.

But most working actors have to keep rolling with the punches. While they managed to score a guest appearance for the revival, the excitement surrounding the project has died down. By showing up for an episode or two, they got a paycheck, saw old friends, and got to be apart of something fun. The novelty of that only goes so far.

While those who aren’t as busy might be willing to come back for round two, a few of our favorites have packed schedules. In addition to McCarthy, Liza Weil and Danny Strong, who played the odd couple of Paris and Doyle, returned as a separated married couple with two children. Weil has been a regular on Shonda Rhimes’ How to Get Away with Murder since it premiered in 2014, so she’s clearly doing well.

As for Strong? He’s taken to focusing his efforts behind the camera, directing and producing, and has acquired numerous awards for his writing on impressive projects such as Game Change, The Butler, and The Hunger Games: Mockingjay. It seems unlikely that he’d drop whatever he’s got going on for another Gilmore Girls episode.

7. Give Amy Sherman-Palladino the chance to tackle a new project 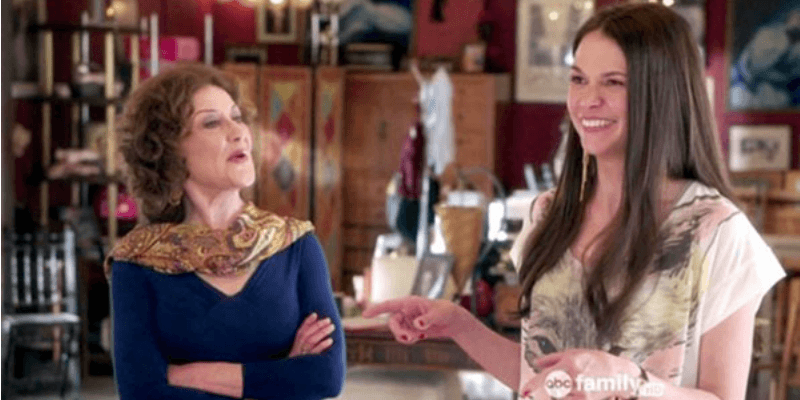 After leaving Gilmore Girls, Sherman-Palladino made two solid attempts to get back in the TV game. The Return of Jezebel James had an intriguing premise, but only lasted three episodes on FOX. Then came Bunheads, which aired one memorable season on the network formerly known as ABC Family. Despite the brevity of it, the series received critical acclaim.

Sherman-Palladino has undoubtably proven her solid chops in the industry. In order to finish off Gilmore Girls the way she intended, A Year in the Life was needed. But for fans of her unique writing style, it would be great to see Sherman-Palladino create a fresh project to love. Specifically one that allows her to start over and explore new territory.

8. What would they call it? 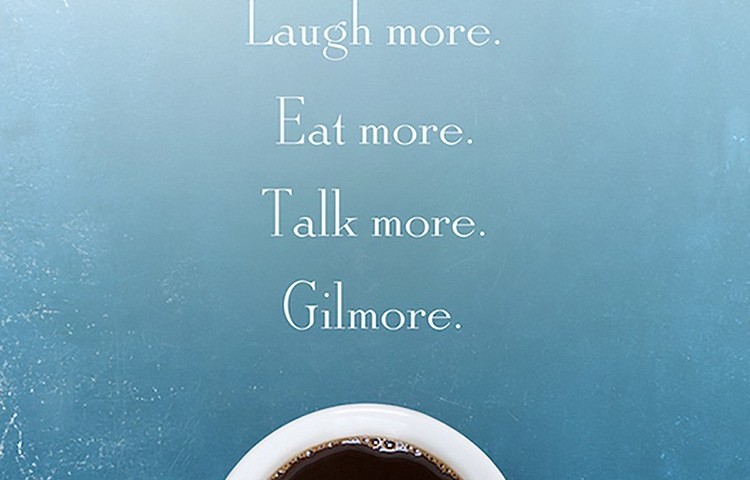 There’s also the matter of technicalities. A Year in the Life was a great format. The Connecticut seasons have always been part of the show, and the passing of time allows for a lot to happen in six hours of television. But if they were to add more episodes, how would that work? Would they do another year in their lives (presumably the following year)? Should they consider showing some of what happened in the years between? Would they revert back to the original hour-long programming, or something else entirely?

Whatever the case, it seems evident that the initial plan was for the revival to be a one-off. As it stands, that worked pretty well for everyone involved. Doing the same thing would come off as a bit lazy and gimmicky, while switching to a 10 or 13 episode season-long format would likely change the tone.

9. There’s nothing wrong with a little mystery

It’s understandable that viewers are unhappy without closure. Every show deserves an ending, be it a surprising twist or a happy finale that ties everything up neatly. Season 7 took the latter approach, but Sherman-Palladino had her heart set on the former — and she eventually got her wish.

But as previously mentioned, that twist brought up many questions, and left some viewers very unhappy. However, it’s worth remembering that some of the best shows have ended ambiguously. It’s difficult to determine exactly where a story should end, and for Gilmore Girls, that is purposefully circular. Rory is now unmarried and pregnant, just as her mother was with her years before. This declaration throws the viewer for a loop, certainly, but it is still a conclusion.

10. It’s time for the characters (and actors) to move on

Which brings us to this final point. It’s time for the Gilmores to live their lives off-screen. We’ve grown up with them, and enjoyed following along on their journeys, but there has to be an end.

It’s likely that the actors feel the same. Most of them probably enjoyed coming back to revisit their roles, but they also want to see what else is out there. It’s time to leave Stars Hollow in our memories.