Will Christopher Walken’s ‘Peter Pan’ Live Be Another Big Win for NBC? 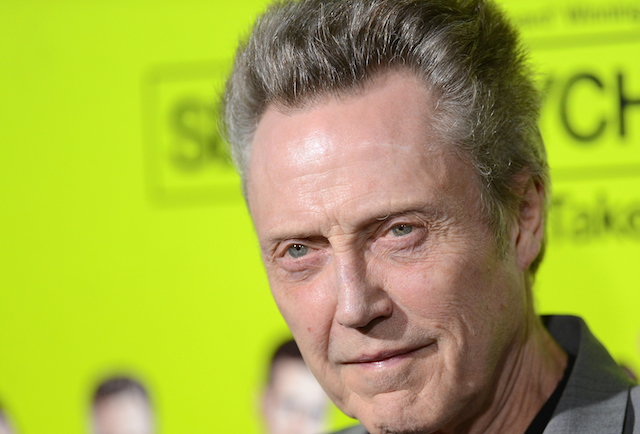 It may seem out of character for Walken to take on a role like this. While he’s appeared in a wide range of films and TV shows throughout his lengthy career, the actor is largely known for taking on more dramatic roles. His turn in The Deer Hunter won him an Academy Award for Best Supporting Actor in 1978 and since then, he’s gone on to appear in The Dogs of War, Pulp Fiction, Catch Me if You Can (which again earned him an Oscar nomination), A Late Quartet, and dozens more titles.

But the actor has also had plenty of experience in parts that involve singing and dancing. In addition to having hosted NBC’S Saturday Night Live seven times, he starred in 2007’s Hairspray and this year’s biographical musical drama Jersey Boys. Walken has also appeared in 13 Broadway plays, including the Tony-award winning Broadway musical James Joyce’s The Dead. This new gig, based on James M. Barrie’s beloved book and musical, is set to reunite him with Hairspray producers Craiz Zadan and Neil Meron.

“He might really just be a song and dance man at heart,” Greenblatt told the press of the casting. “I guarantee you he’s going to bring his own spin to Captain Hook. He might be the first tap-dancing Captain Hook.”

Greenblatt confirmed that he’s still working on casting a female actress in the title role of Peter Pan. He also revealed that the network apparently wanted Kristen Bell, whose popularity has seemed to gain new heights after her voiceover role in Disney’s smash hit Frozen, to take on the part. While there’s no question that audiences would’ve been excited to see her take on the part, Greenblatt confirms that the the timing didn’t work out, as she’s already scheduled to appear on Showtime’s House of Lies.

“We were talking about doing it with a man at one point, but we’ve had several women who wanted to do it and they’re either busy or their schedules don’t work,” Greenblatt said. “It’s tricky finding the right person in the schedule that we need it but we’re actually close. [Peter is] going to be female.”

NBC has previously staged a live broadcast of the Broadway production of Peter Pan, first in 1955 and again in 1956 and 1960. But it’s not surprising that the network want to repeat the live musical performance following the success of its Sound of Music Live telecast last year. The production, starring Carrie Underwood, drew 18.6 million viewers and recently earned four Emmy nominations. Hoping to bring in an audience with a similar broadcast, Fox has since announced its own plans to air a live musical special, Grease, in 2015.

News of Walken’s casting — alongside previously announced Dustin Hoffman and Colin O’Donoghue, who played Hook in the feature film and on ABC’s Once Upon a Time – has already sparked further public interest in the broadcast. But it’s NBC’s soon-to-be determined choice for the role of Peter Pan that will truly determine the success of the show and its potential to meet or surpass the Sound of Music live’s stellar ratings. With the right actress in the title role, the network could have another huge win on its hands.