Boxing great George Foreman took to Twitter Monday to challenge martial arts actor Steven Seagal to a hand-to-hand battle in Las Vegas. Although the heavyweight champion did not provide a reason for issuing the challenge, followers tweeted their general reactions and just who they thought might win the proposed matchup. 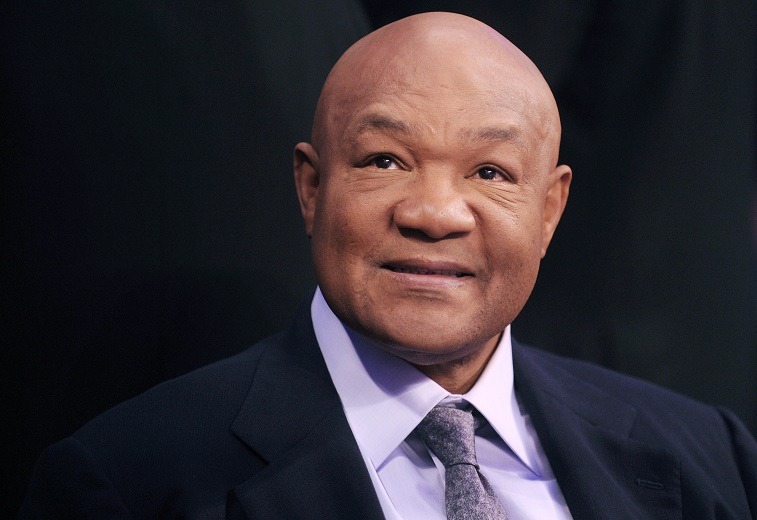 The former boxer, 68, issued the challenge to the actor and Aikido black belt, 65, writing, “I challenge you to One on one, I use boxing you can use whatever. 10 rounds in Vegas.”

Steven Seagal, I challenge you One on one, I use boxing you can use whatever. 10 rounds in Vegas pic.twitter.com/tTy7Qo4zHF

In subsequent tweets, the two-time heavyweight champion added in more comments and details, such as, “No weapons Hand to hand only,” “It’s my Jab that still works. Mayweather promotion get the first crack PPV,” and “Nothing heals you learn to bare with it if want to fight; the world going on without you if you wait.”

Some followers were confused, tweeting questions such as, “Why’s Big George calling him out anyway?”

Some voiced support for Foreman:

You'd mop the floor with him. Hope he accepts.

Others were in Seagal’s corner:

George you're the man but you're not gonna like the outcome. You're gonna end up on your back and chocked out

If you know then you know pic.twitter.com/nKkondsMGC

When asked by fans why he wanted to fight Seagal, the grill-marketing entrepreneur simply responded that Seagal “really can fight” and is big enough to defend himself.

Some tweets added some additional humor to the challenge:

They could play the Rocky theme at half speed.

Did Seagal respond? Well, no. His representative told The Associated Press Tuesday that he did not wish to comment on Foreman’s offer. In other Seagal-related news, the Hard to Kill actor made headlines last week when he blasted those who protested racial inequality at NFL games, referring to the behavior as “disgusting.”

Seagal also expressed the view that Russian president Vladimir Putin had no involvement in fixing the 2016 U.S. presidential election. “Every country is involved in espionage,” said Seagal. “We all spy on each other. Let’s be honest. However, for anyone to think that Vladimir Putin had anything to do with fixing the elections or even that the Russians have that kind of technology is stupid.”

Could Foreman’s challenge have anything to do with his opinion on Seagal’s political views? Either way, Twitter is having fun speculating and inserting opinions. One day after Foreman issued the challenge, his tweet had racked up 36,000 likes and 15,000 retweets.