After Twitter users were done expressing their distrust in Donald Trump, they went after one of Trump’s favorite television stations. Fox News has had its share of controversies over the years. Bill O’Reilly has been the worst of the worst, but let’s not forget just how deceitful that the far-right, self-described “entertainment news” station has been over the last few decades.

The hashtag #ThingsITrustMoreThanFoxNews went trending on Twitter, and the replies ranged from disgusting to outrageous to downright hysterical. We took the best of the best from the hilarious hashtag and compiled it for your viewing pleasure.

20. A fake magazine from Spongebob 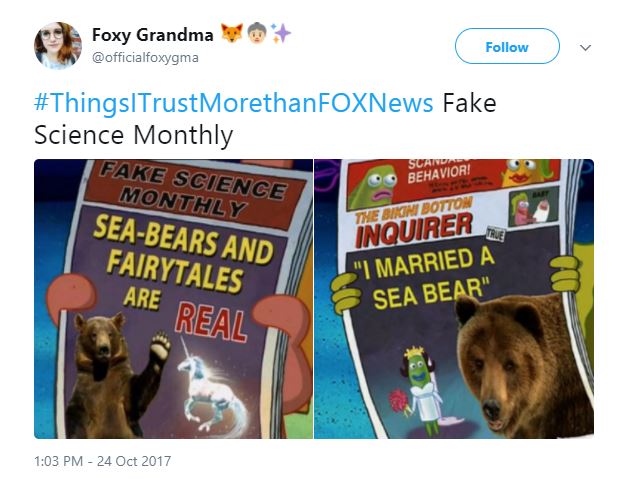 A fake magazine from Spongebob | Foxy Grandma via Twitter

It’s all good for laughs until you’re the one being mauled by a sea-bear. 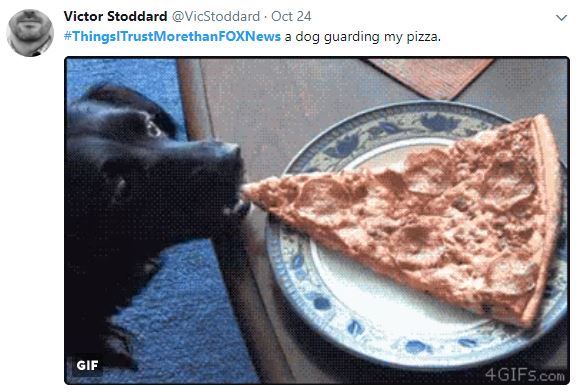 This dog is totally gonna eat this pizza. | Victor Stoddard via Twitter

You really shouldn’t let your dog guard your pizza. But unlike Fox News, dogs and pizza are both good things.

18. Lucy and her football

Oh, Charlie Brown. You always let her talk you into attempting to kick that football. You blockhead! 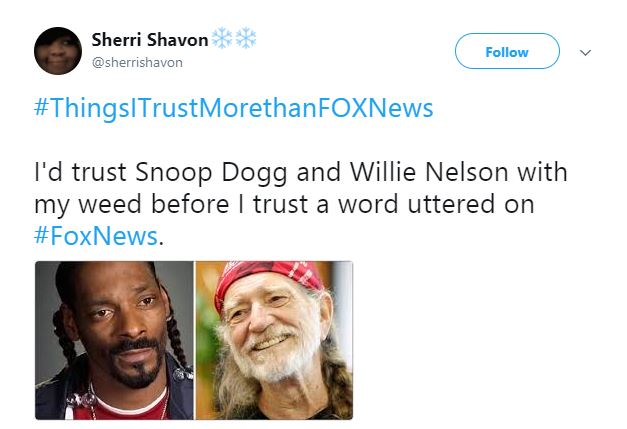 This is kind of a repeat of the dog and pizza thing. Not the best to trust them, but the only bad thing is still Fox News. 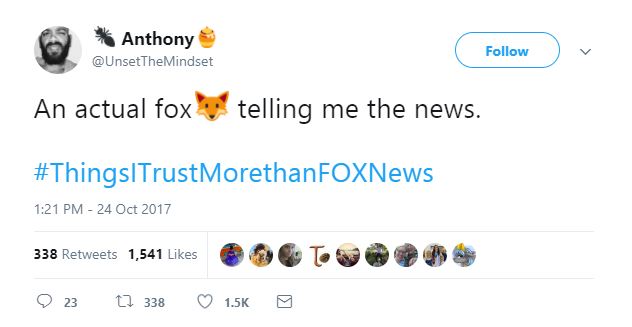 We want this to happen, if only to finally learn what the fox says. 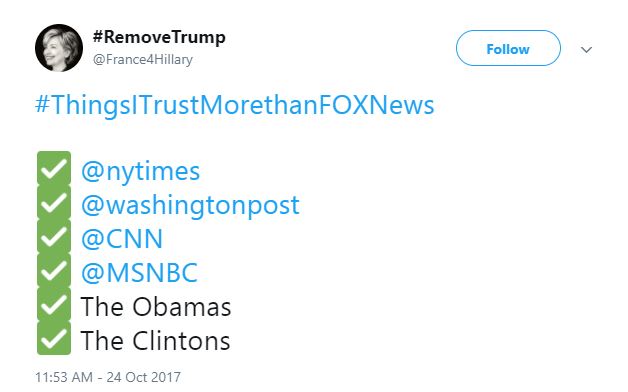 Just about any real news source is more trustworthy. | #RemoveTrump via Twitter

This pretty much covers every news source. Fox News should be listed as entertainment at this point.

Bernie Madoff was the worst. | Plant Based Karen via Twitter

Trusting Fox News is the intellectual version of flushing all your money down the toilet. Only instead of money, common sense. 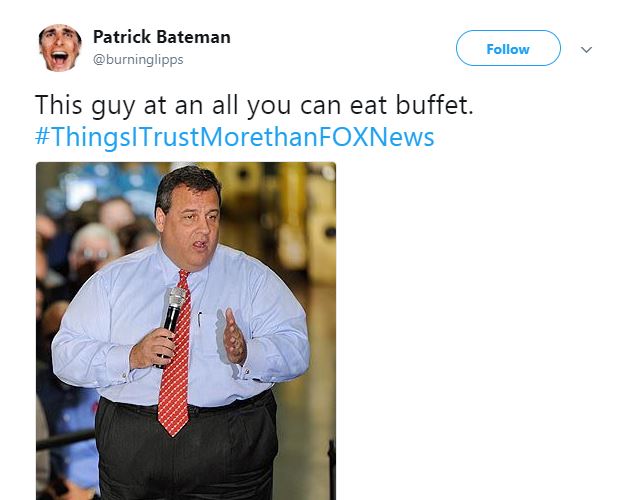 Poor Chris Christie, he thought attaching himself to Trump would help his career. Instead, he just remains the nation’s most-hated Governor. 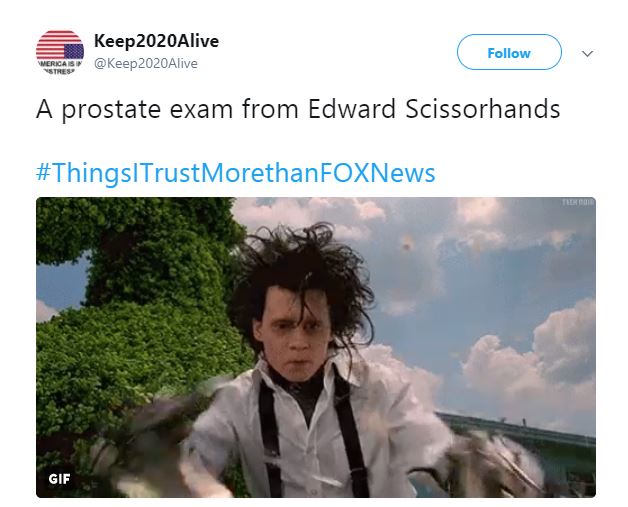 Don’t let this guy anywhere near you. | Keep2020Alive via Twitter

OK, maybe trusting Fox News first would be a better idea than this … even if it’s still a bad idea. 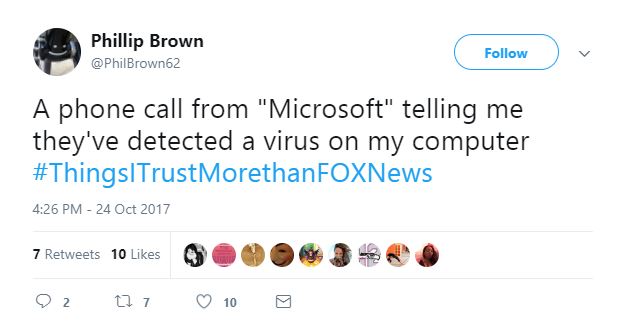 Next, you’ll be telling me that you’re from some government agency and I’ve been awarded grant money. 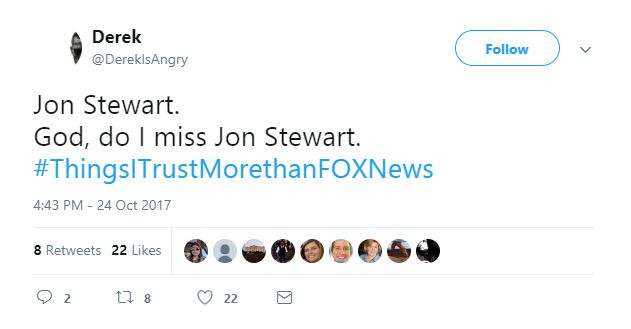 Everyone misses Jon Stewart a bit. | Derek via Twitter

Who goes to McDonald’s for a salad? | Chris Penning via Twitter

Seriously, why McDonald’s? We like you for your fatty, disgusting burgers. Stick to what you know.

On the list of things you should never cheap out on, a pregnancy test is near the top of the list. 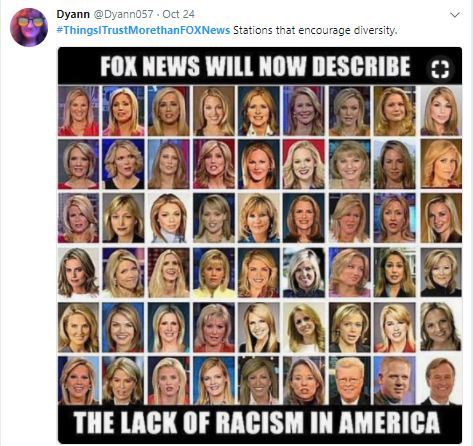 Fox News is not so diverse. | Dyann via Twitter

Who knew that the majority of people at Fox News have something in common other than a distorted point of view? 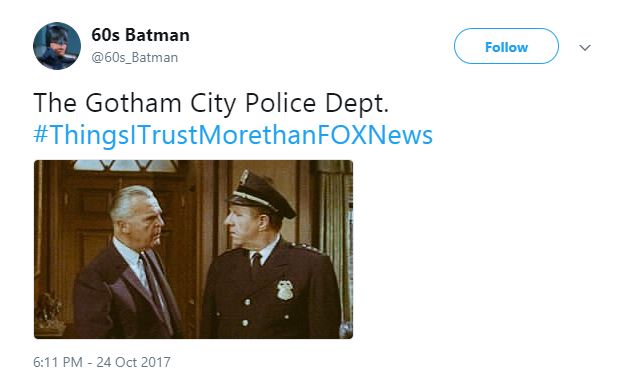 Does Batman really have to do everything? | 60s Batman via Twitter

They always needed Batman to solve all their problems. But still, more trustworthy than Fox News.

The pizza is disgusting, but the company’s owner is somehow worse.

Trump and Fox News probably know a lot about Red Weddings … Russians, red. Get it? 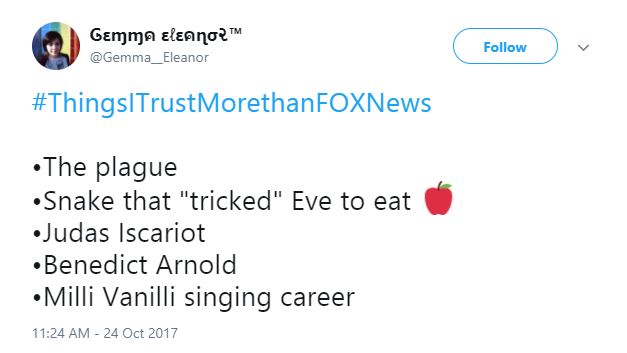 You know it’s bad when someone would take the word of a known traitor over Fox News. 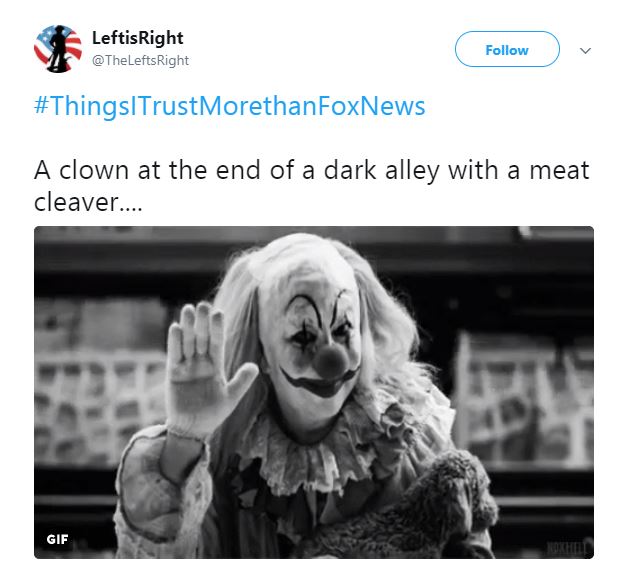 No! Clowns are bad! | Left is Right via Twitter

We’re going to guess that Donald Trump probably doesn’t make the cut, but sure. Everything else.