Two ‘Beauty and the Beast’ Films Underway: Which Will Nab Emma Watson? 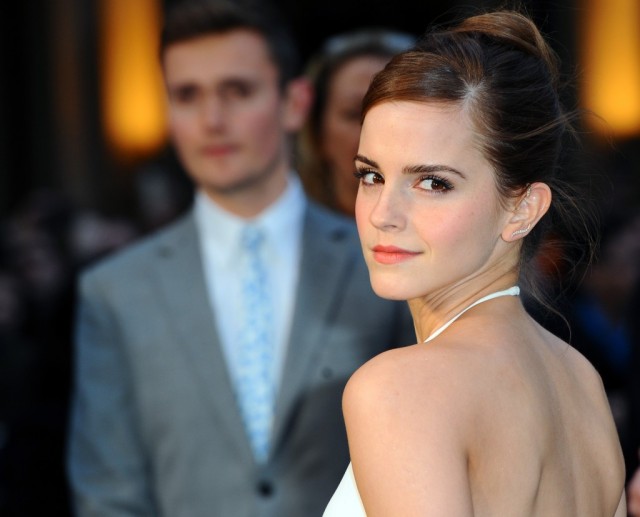 It looks like Disney’s upcoming live-action Beauty and the Beast movie will have a YA spin. According to Entertainment Weekly, the studio has enlisted Stephen Chbosky, author of the favored teen novel The Perks of Being a Wallflower, to draft a new script for the much-discussed project.

Per EW, the writer will help adapt the classic 1991 animated film into a modern, live-action take. But this isn’t the first time the script has changed hands. Originally, it was reported that Trance scribe Joe Ahearne would be the one to reimagine the beloved fairy tale for Disney. Later, an initial draft was written by Evan Spiliotopoulos (Hercules, Tinkerbell and the Lost Treasure). Now, it seems the script is undergoing a rewrite with Chbosky at the forefront–although Disney has yet to publicly confirm the news.

If he is taking on the project, the author wouldn’t be the only figure associated with the project that’s familiar with YA. The news comes only a few months after the studio announced that Bill Condon, who recently directed the last two installments of Twilight, would helm their updated version of Beauty and the Beast. Though it’s still unclear exactly how close Disney’s live-action version will be to their original Oscar-winning film, the new take will reportedly include music from both the iconic animated flick and the Broadway musical adaptation. Both Condon and Chbosky have prior experience working with musicals, as the director scripted both Chicago and Dreamgirls and the author previously penned the film adaptation of Rent.

But while both of their involvement certainly sets the project off to a promising start, the movie won’t be without competition. As most know, Warner Bros. is also in the process of developing its own Beauty and the Beast retelling.

Director Guillermo del Toro was originally set to direct the Warner Bros. Beauty project, but he abruptly pulled out of the project back in June. Though the studio said it would still move ahead with the movie at the time, the project seems to have stalled following the director’s departure, with no apparent progress being made in recent months. Prior to del Toro’s exit, Emma Watson was set to star in the feature as the studious, literature-loving Belle. Now, with no current movement on the film and Chbosky’a addition to the Disney version, Entertainment Weekly is suggesting the actress could jump—or, more accurately, switch—ship.

As the report points out, the prospect of leaving one Beauty and the Beast film for another may seem ridiculous, but the move wouldn’t be entirely surprising, especially given Chobsky and Watson’s history together. Watson starred in the film adaptation of the author’s Perks of Being a Wallflower back in 2012. The two were also set to team up on Fox’s adaptation of Adena Halpern’s novel While We’re Young, but the studio decided not to move forward with the project. If the Warner Bros. Beauty adaptation doesn’t pick up speed or ends up falling apart altogether, it seems fair to assume that Watson might be interested in starring in Chobsky’s version. Meanwhile, Disney would probably be thrilled to have her, especially given the largely positive reaction the public had to the news of her casting.

Regardless of how the projects end up shaking out, moviegoers should prepare themselves for plenty more live-action fairy tale flicks headed their way as the craze shows no signs of dying down. On the heels of Disney’s largely successful Maleficent earlier this summer, it seems every studio is looking to create their own version. In addition to their currently stalled Beauty and the Beast film, Warner Bros. also has a Peter Pan origin film from Joe Wright scheduled for 2015. Universal is also in on the trend, with two fairy tale-related movies in the works: a live-action version of Little Mermaid directed by Sofia Coppola and the Snow White and the Huntsman prequel, The Huntsman, due out in 2016.