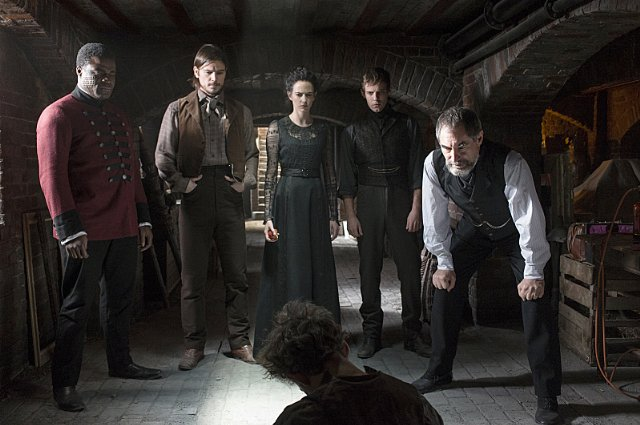 The new horror series Penny Dreadful has been picked up by Showtime for a second season, meaning Dr. Frankenstein, Dorian Grey, and Dracula will be back for 10 more episodes of the monster mash series starring Josh Hartnett, Timothy Dalton, and Eva Green.

Showtime President David Nevins spoke to Entertainment Weekly about the decision to renew the unconventional series. “The goal here was to see if we could do a genre show, a horror show, but with all the sophistication and depth of a Showtime show, and John Logan ended up being the person to do it,” Nevins said. “It’s been well reviewed by mainstream critics; it’s giving us a Comic-Con-appeal show. It’s a whole new world as imagined by Logan.”

The next season of the series will continue to explore the same characters and Victorian world. “It just gets richer, deeper, and more complicated with the characters,” Nevin told Entertainment Weekly. “We’re only four episodes in, and you’re only just getting a taste of what’s to come.”

Penny Dreadful has been compared to Alan Moore’s graphic novel A League of Extraordinary Gentlemen for its mashup of literary characters in the public domain. The series takes its name from the cheap pulp novels that were sold on the street for just a penny in 19th century England. Those stories often featured macabre tales of monsters and murder. The show features plenty of the macabre and adds some of the best-known characters from gothic literature, allowing them to interact with each another in the setting of Victorian-era London.

The plot follows the explorer Sir Malcolm Murray, played by Dalton, a man trying to find his long-lost daughter who he believes was taken into an alternate world connected to the Egyptian Book of the Dead and filled with various supernatural creatures. Green plays a mysterious woman with psychic powers who befriends Hartnett’s character, an American cowboy with some demons in his past who the ladies of London find incredibly charming. Sir Malcolm Murray is haunted by his own experiences in Africa and is aided by his indispensable servant, Sembene.

So far Penny Dreadful has gotten great reviews, with a current rating of 71 among reviews aggregated by Metacritic. “This is, like Alan Moore’s League of Extraordinary Gentlemen, a clever exploitation of characters in the public domain. But creator John Logan’s story also thrives on its own. Penny Dreadful is a beguiling examination of that space between life and death,” said The Wrap.

The show has also done well with ratings, averaging 4.8 million viewers across Showtime’s platforms since its debut. “It’s done better on non-linear platforms like On Demand than any show we’ve ever had,” Nevin told Entertainment Weekly. As television programming overall is moving toward more on-demand-type formats, Penny Dreadful’s ability to perform in that arena and its positive reviews will help keep the show on the air.