Two Different Aquaman Movies in the Works, But Which Will We See? 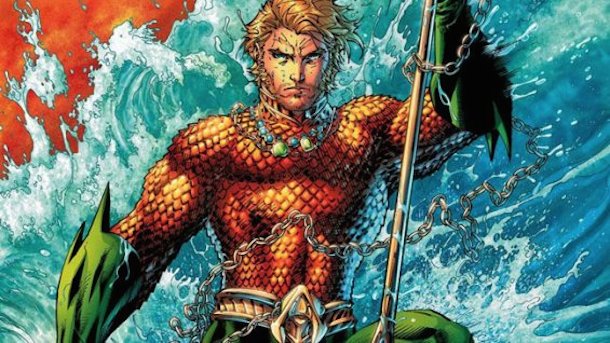 Aquaman is rumored to be making an appearance in the upcoming Batman v Superman flick, but the hero will also soon be the star of his own standalone film. According to The Hollywood Reporter, Warner Bros. is officially bringing the story of the aquatic superhero to the big screen, with two new writers on board.

The studio has reportedly hired both Will Beal and Kurt Johnstad to write two separate scripts for the film, with the better version to be selected for development. The practice allows Warners to set a release date and push the project forward sooner rather than later, while still working with the best script possible.

News of an Aquaman solo movie comes right after the studio announced release dates for nine untitled DC Entertainment films between 2016 and 2020. The first film is set for release on August 5, 2015, with two more in June and November of 2017. Aquaman will be part of Warner’s DC movie universe, but it’s unclear which of the previously announced release dates the film will fall on.

Aquaman was created in 1941 by Paul Norris and Mort Weisinger and has been one of the original members of the Justice League since the group’s debut in 1960. But while the superhero has been around for decades, he hasn’t always gotten the best reputation. The ‘70s cartoon series Super Friends often portrayed him as simple and clichéd, and since then, he’s continued to be the butt of many jokes.

Despite this, the character seemed to be garnering new attention recently, with upcoming appearances in Batman v. Superman: Dawn of Justice and the Justice League film. The director of both movies, Zack Snyder, even went so far as to call into a Detroit radio show to publicly defend the character after its hosts started poking fun at the superhero.

So which of the writers will be able to successfully adapt the story to the big screen? It’s far too early to say, but as THR points out, both Beal and Johnstad have prior experience working with the studio. Beall penned Gangster Squad and a version of Justice League before it became an official part of Warner’s DC universe. Meanwhile, Johnstad has worked with Snyder (who will clearly be playing a significant role in the development of the studio’s upcoming DC movies) before on the director’s movie 300 and its follow-up, 300: Rise of an Empire.

While it may be too soon to predict what direction the studio will head in, it’s clear from their choice of writers that they’re looking for big action. That begs the next obvious question: Who will play Aquaman? Recently, rumors started circulating that Jason Momoa (Game of Thrones) has already signed on to play the part in the Batman v Superman film, and subsequently, the title role should a solo Aquaman movie ever be developed. However, neither the actor nor the studio has confirmed the casting yet.

Warner Bros. has also yet to officially announce the Aquaman film itself, so fans will have to stay tuned for more details, including an official release date. Meanwhile, Batman v Superman: Dawn of Justice is set to hit theaters on March 25, 2016.