Universal’s ‘Dark Universe’: Your Guide to the Upcoming Monster Movies

Universal is set to kick off its planned slate of interconnecting monster movies in 2017. Starting with this year’s The Mummy, the studio is set to remake a slew of classic horror flicks, including The Wolf Man and The Invisible Man, among others. Having trouble keeping track of so many films? Here’s your official guide to Universal’s monster universe, which the studio is officially calling its Dark Universe:

Universal will introduce its cinematic universe of rebooted classic monster movies with The Mummy, set to hit theaters this summer. The movie will star Tom Cruise as Tyler Colt, a special-forces soldier sent on a mission to the Iraqi desert in pursuit of terrorists. He ends up stumbling on an ancient tomb that contains a long-buried queen with a considerable grievance.

The remake, directed by Alex Kurtzman (People Like Us) also stars Annabelle Wallis as archaeologist Jenny Halsey; Sofia Boutella as the newest version of The Mummy; and Russell Crowe as Dr. Henry Jekyll. The sequel is also scarier than its predecessors, leaning more towards horror than action-adventure.

Though details about the Bride of Frankenstein reboot have not been revealed, we know that a script for the film has been submitted. Writer David Koepp (Jurassic Park) recently discussed the draft with Collider, revealing that it’s “gone over very well” with Universal and that he believes the studio is now just “figuring out their whole universe and when it will go.”

Though Koepp didn’t reveal specifics about the film, he did say that the concept of the film is to repackage the Bride as a symbol of “female liberation.”

Beauty and the Beast‘s Bill Condon is locked in to direct the film. Casting for the titular role has not yet been announced, although Universal is reportedly planning on making the reveal soon.

Johnny Depp has signed on to star in The Invisible Man, a reboot of the 1933 classic flick based on H.G. Wells’s novel of the same name. Like the original, it will follow the story of a chemist who uses a dangerous drug to turn invisible.

According to The Hollywood Reporter, Ed Solomon, best known for writing Men in Black and Now You See Me, is set to pen the developing adaptation. Kurtzman and Chris Morgan (Fast & Furious), who are overseeing Universal’s writers room for the monster movie universe, will produce. A director is not currently attached. Though a premiere date has not been formally announced, it’s currently projected that The Invisible Man will hit theaters sometime in 2018.

Wolf Man is also among the classic creatures set to be included in Universal’s monster universe. The project is a reboot of the 1941 film that starred Lon Chaney Jr. as a man who returns to his homeland where he is attacked and becomes a werewolf. While the remake has yet to announce any cast members, it’s been rumored that Dwayne Johnson is heavily favored to star.

For now though, the movie remains in relatively early stages of development. In October, Universal recruited Dave Callaham (The Expendables, The Expendables 2) to rewrite the script, initially drafted by Prisoners scribe Aaron Guzikowski. An expected start date for production is still TBD. 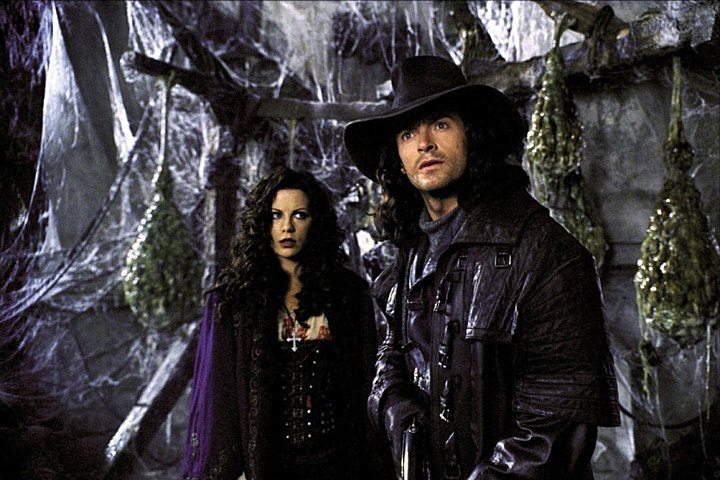 One of Universal’s planned monster reboots will focus on Van Helsing, the character who first appeared in Bram Stoker’s Dracula where he committed himself to killing the vampire. Plot details for the remake are unknown for now, so it remains unclear how exactly Van Helsing will work into the universe, although it’s likely he’ll face off against Wolf Man and Frankenstein (as he did in the 2004 Hugh Jackman-starrer, above).

However, scribes Jon Spaihts and Eric Heisserer, who are set to co-write the reboot, have recently dropped a couple hints as to the potential tone of the upcoming film. “I can only say that early on, our inspiration for his behavior and his mannerisms was all in Mad Max,” Heisserer told HitFix. Monsters meet Mad Max? Clearly, this won’t be your traditional Van Helsing.

6. Creature from the Black Lagoon 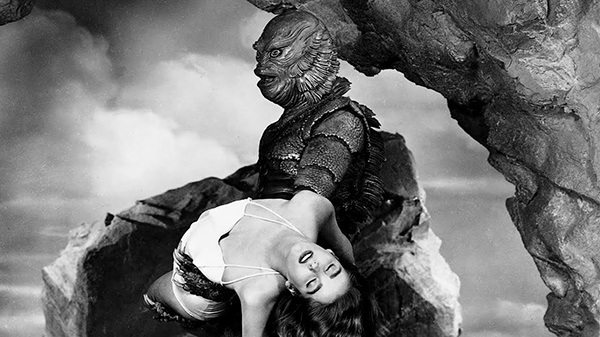 Though Creature from the Black Lagoon is also expected to be included in Universal’s interconnected slate of monster reboots, not much is currently known about the project or where it stands in terms of development. The film will be a remake of Jack Arnold’s 1954 sci-fi horror flick, which follows a group of scientists that discover a dangerous pre-historic creature that is part human and part fish.

Last year, the Tracking Board reported that the studio hired The Amazing Spider-Man 2 writer, Jeff Pinkner to rewrite the script. The site also reported that Scarlett Johansson was being courted for the starring role. Casting details have yet to be confirmed.