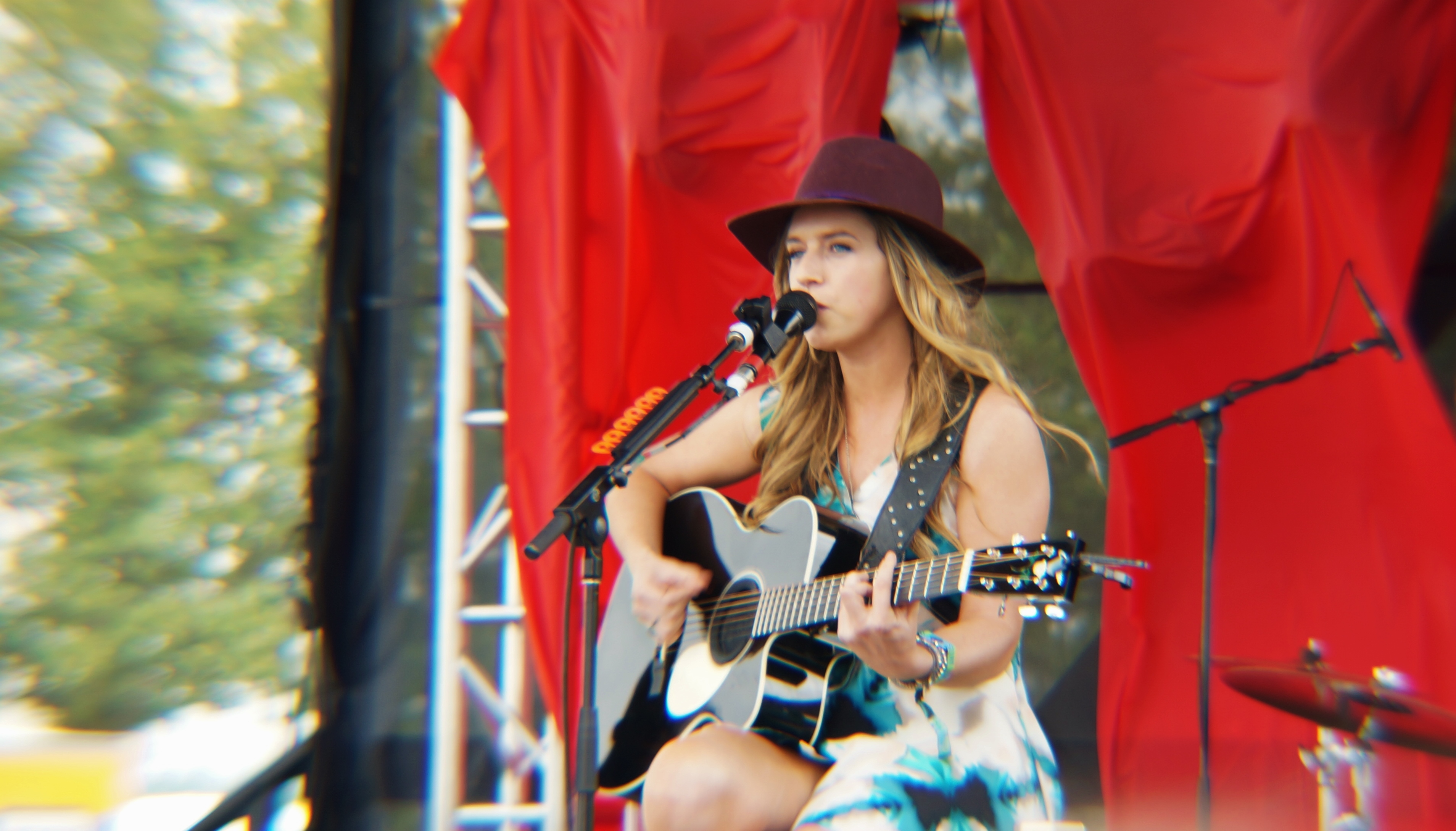 Of Bonnaroo’s four days of festivities, the opening on Thursday is typically the most low-key. There are no big headliners scheduled and people are still trickling into campsites throughout the evening. Bands scheduled for Thursday are usually up-and-coming type acts that can benefit from the exposure of simply being there even if they end up playing for a small audience. And if an artist can pull off a kick-ass set on Thursday, then they can gain the attention of festival-goers that might have skipped their performance to see someone more famous were they scheduled to play on a different day during the weekend.

Blues-influenced pop singer ZZ Ward was able to do just that during her set on Thursday, which impressed enough fans to pack into the Sonic Stage the next day to see her perform again for a smaller, acoustic set. Ward’s blend of blues, hip-hop, pop, and soul brings to mind singers like Joss Stone, Adele, and Amy Winehouse; women who have put their own unique modern twist on a vintage sound.

For Ward, it’s all rooted in the blues. Even poppier singles like “Put The Gun Down” that get the crowd dancing also call to mind the despair of the blues with dark lyrics about shooting down a cheating man. Ward covered Son House’s “Grinnin’ in Your Face” as a release for this year’s Record Store Day, and you don’t get much more authentically bluesy than the iconic slide-playing bluesman of the late Twenties and early Thirties.

“I grew up listening to the blues. I grew up listening to Muddy Waters, Robert Johnson, Big Mama Thornton, Tina Turner when she would sing the blues. The blues resonated with me a lot… the powerful voices that I would listen to and the simplicity of the songs and the sincerity. I thought, there was nothing fake about the blues, it was just the essence of emotion… And so, I love that about the blues. And that’s kind of what connected me to the music,” Ward said in an interview with Wall St. Cheat Sheet after her acoustic set at Bonnaroo on Friday.

Ward’s debut album, Til the Casket Drops, came out in late 2012, and the singer has been touring relentlessly in support of it while also trying to find the time to write her sophomore effort. “I love writing. Being creative is my favorite part of my artistry, it really is, and I might have forgotten that through touring so much, but then when I started to get back into writing I remembered how much I love it,” Ward said. “So I’m trying to write when I can… it’s just different, you know, trying to do a second record, because I’m still out promoting the first one… With the first one I had all the time in the world, with the second one, it’s a different game.”

Aside from the blues, Ward’s music is also heavily influenced by hip-hop. The song “Cryin’ Wolf” on her debut album features Kendrick Lamar and at Bonnaroo she said she was excited to see performances from Kanye West and Wiz Khalifa. Ward says she wants to continue exploring a hip-hop influence in her future work.

“My genre of music that I’m kind of into is hip-hop, blues, for the most part, and I kind of mix the two together,” she says. “So in the future I would like to do more of that. That’s who I am, that’s what I love, so if I can continue to, you know, go along that path, which I think was a lot for people to kind of figure out at first because it was so different… Now it’s kind of who I am so now I don’t have to fight as hard.”

Ward is coming off a successful year of non-stop touring, including opening for Eric Clapton and a stop at Coachella as well as two sets at Bonnaroo. The festival stops are a key way for the singer to gain a new audience and grow her fan base the good old-fashioned way; through putting on a good show. Ward was definitely successful to that end at Bonnaroo this year.