‘Up’ Director Reimagines the Mind in New Pixar Film 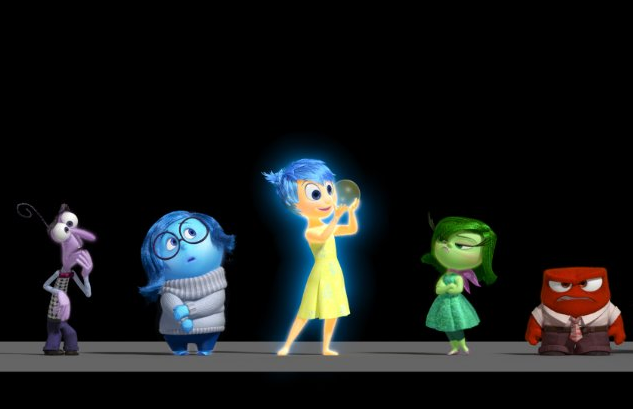 Director Pete Docter has released more details about the upcoming Pixar film Inside Out, speaking about the movie in a presentation at the Annency International Animation Film Festival in France on Wednesday, according to a report by Variety.

Pixar released some details about the movie last month, but Docter’s presentation gave an in-depth look into what Variety has called “the most high-concept project Pixar has ever undertaken.”

Inside Out will focus on the inner workings of the mind of Riley Anderson, a 12-year-old girl dealing with an abrupt move from the Midwest to San Francisco after her father gets a new job. Riley is “one of those kids that seems like she was born happy,” Docter said. The complicated feelings Riley deals with will be explored through an inside look into Riley’s mind, which is like a ship piloted by a large crew to manage her thoughts and feelings. Riley’s emotions will be personified featuring a stellar comedic voice cast that includes Amy Poehler, Lewis Black, and Mindy Kaling.

“Like all of us, Riley is guided by her emotions — Joy (Amy Poehler), Fear (Bill Hader), Anger (Lewis Black), Disgust (Mindy Kaling), and Sadness (Phyllis Smith). The emotions live in Headquarters, the control center inside Riley’s mind, where they help advise her through everyday life. As Riley and her emotions struggle to adjust to a new life in San Francisco, turmoil ensues in Headquarters. Although Joy, Riley’s main and most important emotion, tries to keep things positive, the emotions conflict on how to best navigate a new city, house, and school,” Pixar said of the movie.

Docter — who won an Academy Award for his previous Pixar film, Up — said that he was inspired to make the movie by watching changes in his own daughter mature. “It’s based on a strong emotional experience I had watching my daughter grow up,” Docter told the audience. He said that when she turned 12, he saw that much of the joy she had as a child disappeared, which gave him the idea to explore what had occurred to cause that change on an emotional level by creating the metaphor of a control center of the mind run by anthropomorphized emotions.

Doctor reimagined other areas of the psyche, as well. Memories are stored in glass balls that look like colored bubbles that are organized while Riley sleeps at night. Imagination Land features everything Riley has daydreamed about in a giant amusement park. Nightmares are made in a Hollywood movie studio. There’s a Train of Thought that can sometimes go veering off course. Docter said that the concept he had the most fun bringing to the screen was Abstract Thought.

Overall, the director said that the film helped him better understand himself, as well as his young daughter. “There’s this whole system that’s basically designed to operate in your subconscious,” he told Variety. “All of the impulses that control your decisions, actions, stuff like that is out of your control, which is not the way I like to think of myself at all. I thought I was making a film about my daughter, but the truth is, I’m more making a film about myself in relation to my daughter and understanding that.”

After the great success of Up, hopes are high for Inside Out given its top-notch director, outstanding voice cast, and the generally high bar that Pixar sets for itself. While Variety is probably exaggerating a bit in its comparison of the as-yet-unfinished Pixar film to Dante’s Divine Comedy, the animation studio very well could have another Oscar contender on its hands. Inside Out is set to be released next summer.