‘Veronica Mars’ Reboot: Who Are the Main Cast Members, Besides Kristen Bell? 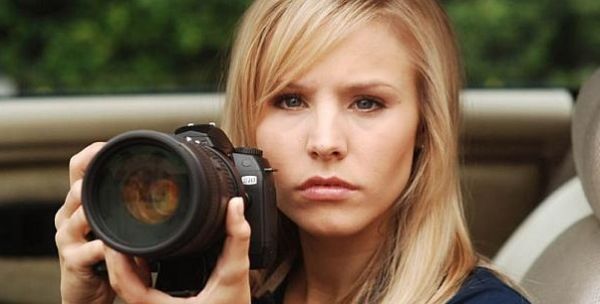 Veronica Mars and Kristen Bell are coming back! | UPN

Now that the rumors of a Veronica Mars reboot have been confirmed, fans everywhere are anxious to know who will be starring in the reboot. Will they provide an all (or mostly) original cast, or will there be some shifts in the line up? While not everything is set in stone when it comes to the casting, most of the details have (finally) been revealed. The following is what we know so far.

One thing fans know by now is that Kristen Bell confirmed early that she would maintain her leading role. In fact, Bell is the one who announced the reboot of the series via an Instagram post. With their leading lady confirmed in the role of Veronica Mars early, fans were left to wonder about the rest of the line up.

For the longest time, negotiations were underway with the main supporting cast and everything stayed up in the air. There have, however, finally been some confirmations as to who will play in the eight-episode reboot.

Veronica’s on-again, off-again, on-again boyfriend, Logan Echolls, will once again be played by Jason Dohring. Many were unsure that he would return amidst his recurring role on iZombie, but Dohring has stated he’ll fit it into his busy schedule. The fans, I’m sure, are grateful for that.

Percy Daggs III is going to return as Veronica’s best friend, Wallace Fennel. Marshmallows everywhere are rejoicing at this news, as the show simply wouldn’t be the same without him.

The role of Richard “Dick” Casablancas will still be played by Ryan Hansen. The character is Echoll’s not-so-nice best friend. First a bully in high school, Casablancas grew up to be a college frat boy. Wonder what the reboot has in store for him?

Eli “Weevil” Navarro will be making a comeback for the reboot also. Weevil is the show’s bad boy who undoubtedly has a soft side as an ally of Mars.

The show just wouldn’t be the same if the one of the world’s most beloved television dads didn’t make a comeback. Thankfully, Enrico Colantoni will return to play Veronica’s father, Keith Mars.

Greenfield will return to the show as Police Officer Leo. During the movie, we learned that Veronica’s brief romantic interest, Leo, had since become a police officer in San Diego. That plot will continue in the reboot.

There isn’t a definitive release date for the Veronica Mars reboot yet, but with the casting situation worked out it should only be a matter of time until we get one. What we do know is that the show will be aired on Hulu sometime during 2019. Speculations are that the air date will be closer to late spring or early summer, but those are – of course – only speculations at this point.

A theme is set

The theme for the new season has also been released. According to expert sources, the eight episodes will follow the mystery of spring breakers who end up getting murdered. This, ultimately, hurts Neptune’s tourist industry. The parents of one of the murdered college students hires Veronica Mars to help crack the case. As she begins unraveling the mystery, Veronica uncovers plots which pit Neptune’s wealthy against its working class.