‘Versus Zoom’: ‘The Flash’ Falls Short in Villain Showdown 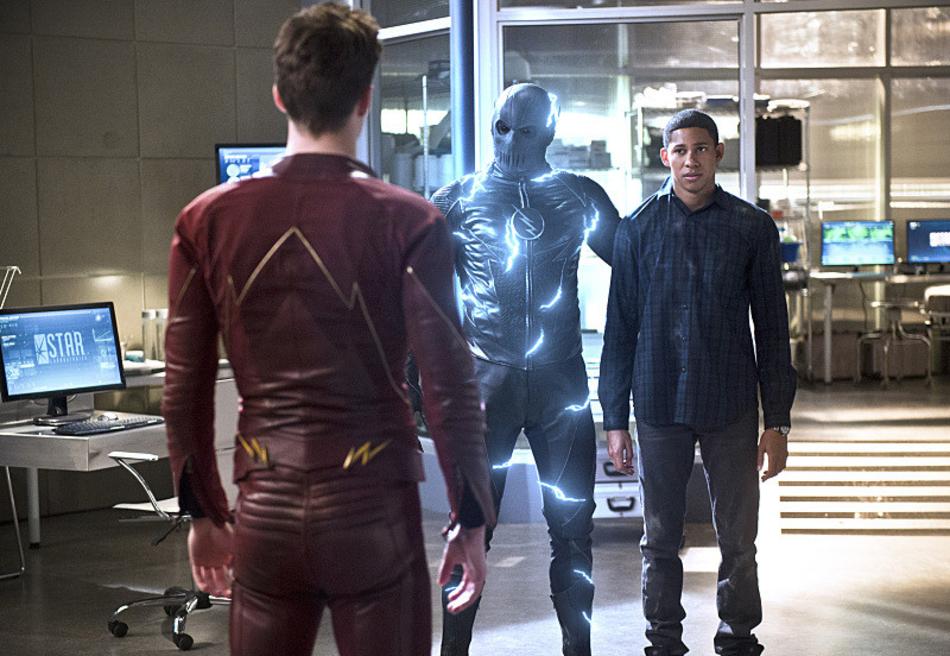 A still from “Versus Zoom” | Source: The CW

The CW’s superhero lineup is unrivaled on television. Arrow gives it the requisite “dark and gritty” feel that’s become standard in comic book entertainment. The Flash is the more light-hearted counterpart. Legends of Tomorrow marries all the various characters across both shows into a single adventure. Of the three shows though, there’s been little argument for The Flash as the superior offering. Now in its sophomore season, the series has hit its first true stumbling block thematically, marked by the episode titled “Versus Zoom.”

First, let’s set the scene. Zoom is Season 2’s big bad, as a villainous speedster residing in an alternate version of our world known as Earth-2. For the better part of the season, his identity has been kept a secret, much in the same way Reverse Flash was saved for a big reveal in Season 1. Also keeping in line with the first season was the eventual reveal of the villain being a so-called ally hidden in plain sight. This culminated in “Versus Zoom,” where our hero went face-to-face with the man he thought to be Jay Garrick. Sadly, it was also one of the show’s weakest episodes.

The Flash as a series has always reveled in doing the unexpected. We’ve seen time travel, the introduction of the multi-verse, and even a giant telepathic gorilla. “Versus Zoom” was the antithesis of this approach, hitting on all the classic, clichéd story elements of a superhero story. At one point, Zoom even straight up tells Barry Allen, “we’re not so different you and I,” a line used by lazy writers for decades to point a giant neon sign to the parallels between a hero and villain. Things only got more predictable from there, when Zoom kidnaps Barry’s step-brother Wally, offers to trade him for the Flash’s speed, and then (surprise!) he kidnaps someone else and reneges on the deal (like every bad guy who’s ever made a deal).

It wasn’t just familiar story elements that weighed down the episode either. “Versus Zoom” was supposed to be the episode where all was revealed. Instead, we’re given explanations that reek of poorly thought-out plot devices that the writers never quite had a handle on. The answer to why there were two Jay Garricks (one that was hanging out with Team Flash, and the other who was Zoom himself) was explained away by using pseudo-science-y time travel nonsense. And we still don’t know why Earth-2 Harrison Wells didn’t immediately recognize Garrick from the beginning as infamous escaped serial killer, Hunter Zolomon.

It’s hard to feel suspense in a story when we as an audience feel like we’re five steps ahead of our heroes at every turn. In the “Wally-for-Barry’s-speed” trade, there’s no way anyone on any planet thinks that’s a believable decision, especially when Zoom gives Wally back before he even gets what he wants. Once Wally is back with Team Flash, Zoom then spends what has to be at least an hour hanging out in the lab with our heroes, just sort of trusting that no one’s up to anything nefarious. Meanwhile, we’re shown early on in the episode that Barry is now significantly faster than Zoom, making his decision to hold up his end of the bargain a baffling one.

The real kicker is that we still have five episodes left before the end of season. That’s five more episodes of the Flash not having his speed, of Zoom holding a hostage, and with few secrets left to reveal to keep us invested. It’s the fatal flaw of forcing yourself into a season north of 20 episodes, and it’s a trap The Flash has fallen right into. Hopefully, it uses the next five episodes to climb out of the grave it just dug itself in “Versus Zoom.”