Although Dunkirk didn’t come away with the 2018 Oscar for Best Picture, it was universally praised as an excellent war movie. Outside of the great acting, featuring Tom Hardy, Fionn Whitehead, and others, the action was outstanding. Many even viewed it as one of the most realistic war movies ever made.

In that category, Dunkirk is hardly alone. Although no movie gets it completely right, there are plenty that real life war veterans see as very realistic. Many chimed in on Quora about which movies come the closest in describing real war, so let’s take a look at some of the top comments. 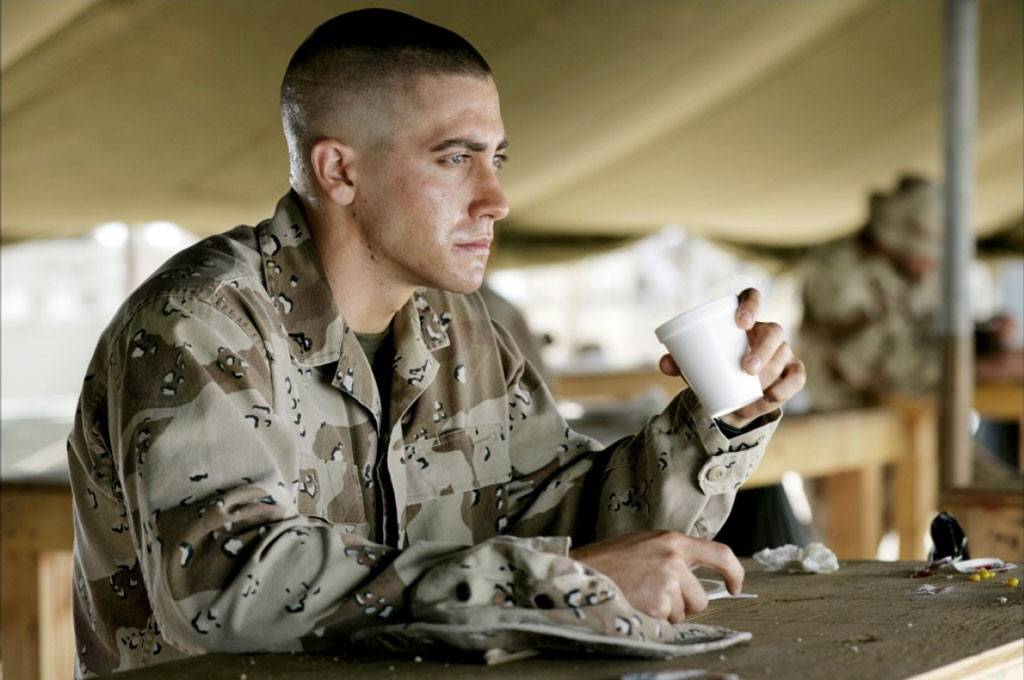 Jarhead was a 2005 movie starring Jake Gyllenhaal and Jamie Foxx and was set in the Gulf War. The film’s plot is derived from the book written by former Marine Anthony Swofford, who also serves as the title character and is struggling internally that his girlfriend may have been unfaithful while he was deployed.

Graham Brown had this to say about why Jarhead was so realistic for him:

… it kind of captured the combination of boredom, frustration, filth, heat, exhaustion, excitement, alienation from the environment, and homesickness. 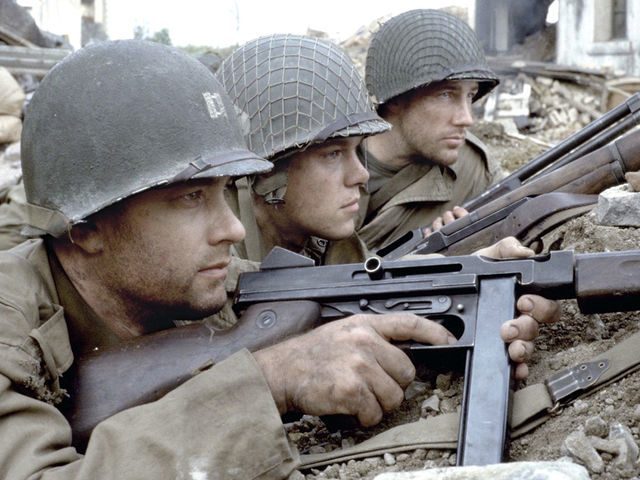 1998’s Saving Private Ryan s a Tom Hanks classic. Set during World War II, the movie opens with the invasion of Normandy in June of 1944. The beach at Normandy is a major part of the early portion of the film, but the plot follows a rescue plan to rescue an American behind enemy lines (Matt Damon) whose brothers have all been killed in action.

Here are what Anthony Ricci said about the realism of Saving Private Ryan:

The opening scene of Saving Private Ryan was intense, and the first movie I’ve ever known to capture the sound rifle & machine gun rounds make when fired from such a distance they became subsonic and “buzz” instead of “crack/pop” like they do when the round are still supersonic.

Next: A Coppola classic

Apocalypse Now is another classic on the list. The 1979 film starred Martin Sheen, Marlon Brando, and Robert Duvall, among other great actors. It was directed by Francis Ford Coppola and was set during the Vietnam War, following a mission of a group of soldiers that were charged with tracking down and killing a renegade Colonel.

… every time I watch this flick it’s like going back to Bosnia and to the complete senselessness and futility of that war, of every war. Watching the opening scene when Martin Sheen wakes up in his Saigon hotel room I feel catapulted back to Mostar in 1993. His journey upriver is like the journey that many men have taken in search of meaning where there’s none to find.

Next: Charlie follows in his father’s footsteps. 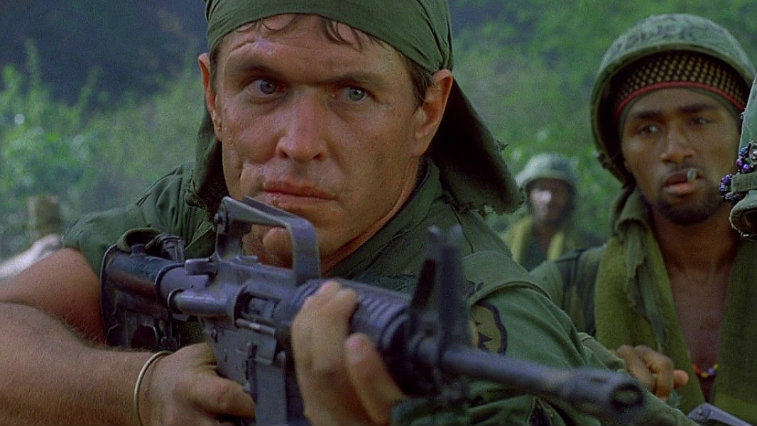 Platoon is a 1986 film starring Charlie Sheen and Tom Berenger, just a few years before they’d team up again with the much more light-hearted Major League. Directed by Oliver Stone, Platoon also featured such renowned actors as Forest Whitaker and Willem Dafoe. Like Apocalypse Now, it was set in the Vietnam War. Platoon looks at the war through the eyes of Chris Taylor (Sheen), a young kid that drops out of college to enlist.

Henry DuPont had some interesting thoughts on the realism of Platoon:

The attention to detail given to setting the context for an infantry grunt – the newbie arriving to the sight of body bags, toilet cleaning duties and the banter, down time, the dust, the characters, personal conflicts, camaraderie, the absence of glorification. Even a nod to some of the logistical difficulties.

And when the first combat scene comes it is masterful, with the “lock and load” build up, the lead in to a valley where there’s “been a lot of Charlie movement” the insects, fitful sleep, the all too real case of the man on guard falling asleep. And the presentation of an enemy who knows his terrain, all with great backlighting. The chaos of a firefight and the mopping up.

Next: This is based on a true story from WWII.

A Bridge Too Far 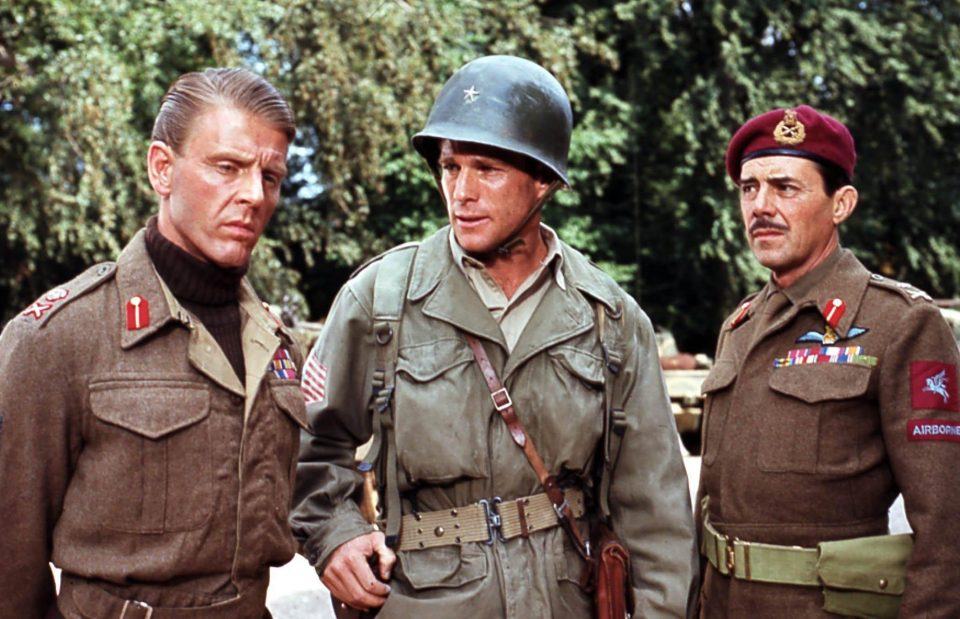 A Bridge Too Far (1977) starred Sean Connery and Michael Caine, and was directed by Richard Attenborough, better known as John Hammond in Jurassic Park. It followed a true story about a World War II mission involving the Allies in September of 1944. Known as Operation Market Garden, the mission would not go exactly as planned.

This is what Bob Mayer had to say about A Bridge Too Far:

Every soldier needs to know this story. I followed the assault path while on Reforger with the 1st Cavalry Division and people still remembered the sacrifice of the Allies. And the Dutch War College did war game the exact operation before the war and concluded it would fail. And the Allies did it anyway.

Next: This is another true story classic. 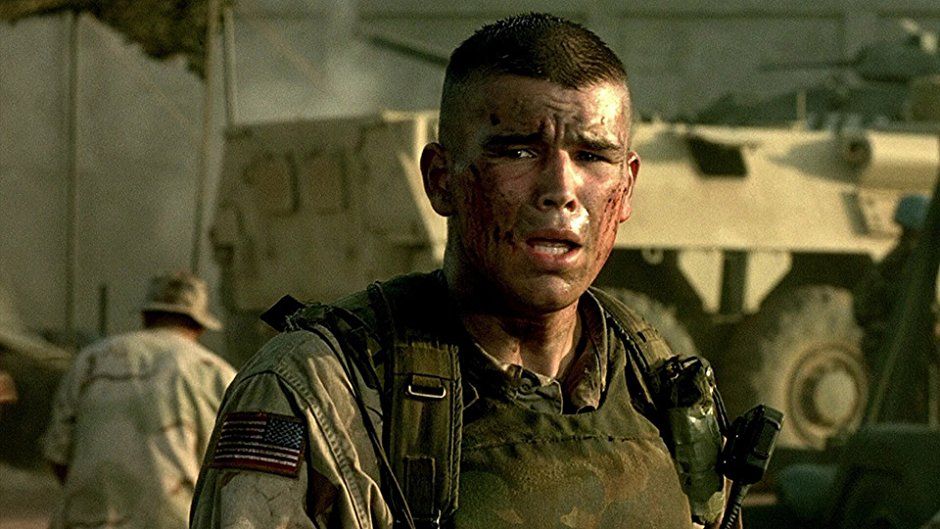 2001’s Black Hawk Down featured Josh Harnett and Ewan McGregor, and was directed by Ridley Scott. It was based on a best-selling book telling the true story of a botched mission in Somalia in 1993, when 100 Army Rangers were dropped into Mogadishu to take down a warlord. A major firefight led to the destruction of two U.S. Black Hawk helicopters.

David Benton shared his reasons for why Black Hawk Down hit home:

The fact that is was based on a true story made me feel it even more. I thought they did a great job with how soldiers interact with each other, how they care for each other, the confusion, stupidity, intensity, fear, bravery, and passion that happens again and again in times of intense conflict.

Next: This film offers a horrifying look at nuclear war. 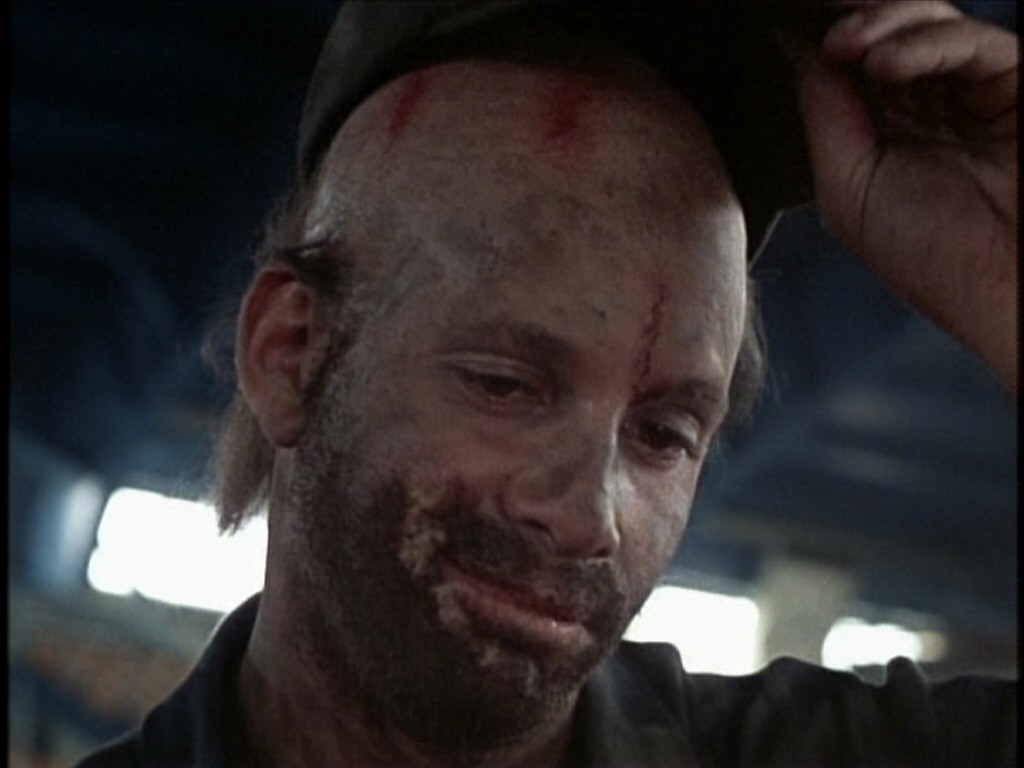 Steve Guttenberg in The Day After | ABC

The Day After (1983) stars Jason Robards, John Lithgow, and JoBeth Williams in an interesting tale of the events leading up to and following a nuclear strike in the small, Midwestern town of Lawrence, Kansas. The key plot of The Day After, however, is the grim aftermath for the survivors that are clinging to life in a devastated landscape without food or water and with high levels of radioactivity.

Robert Blevins commented on The Day After and why it sticks out for him:

Although not strictly a WAR film, even though it IS, it did what it was designed to do. It scared the holy hell out of people regarding the REAL effects of a nuclear war. As terrible as that war was portrayed, at the end they tell you that the REAL thing would be much worse. And that scared everyone even more.

Next: This is possibly the best German film ever made. 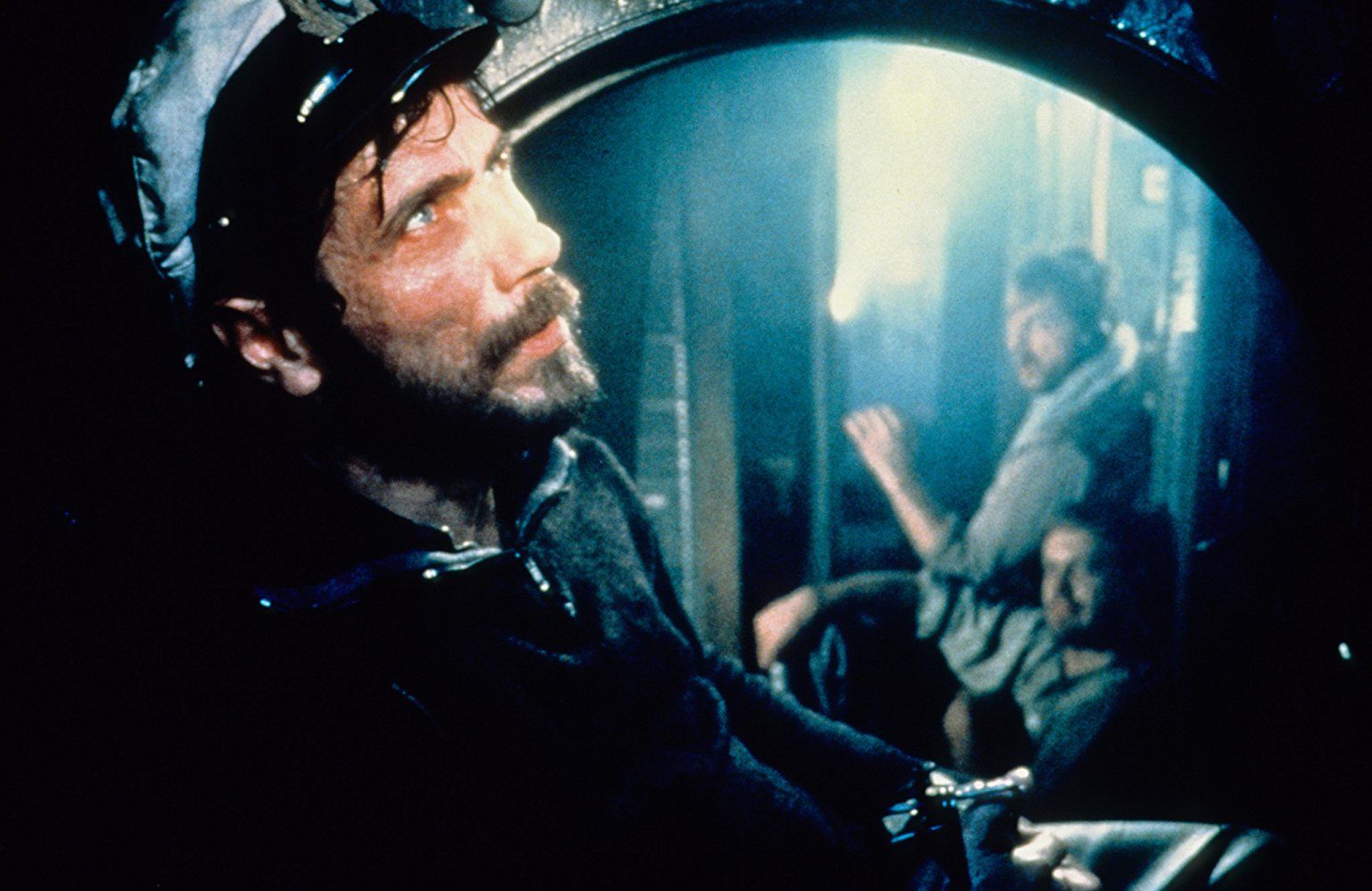 Das Boot is a 1981 German film set in 1942. It follows the story of the crew of a German U-Boat that was fighting in the “Battle for the Atlantic” between the Germans and the Brits. The true plot examines the group of submariners that are struggling with completing dire missions while trying to understand the motivations of their own government.

In Germany, it’s hailed as the greatest picture ever made about the U-boat service. They tell you right at the start how many of the folks in that service never came home. It portrays life in a U-boat more realistically than any film on that subject ever made.

Next: This movie is set during the Iraq War. 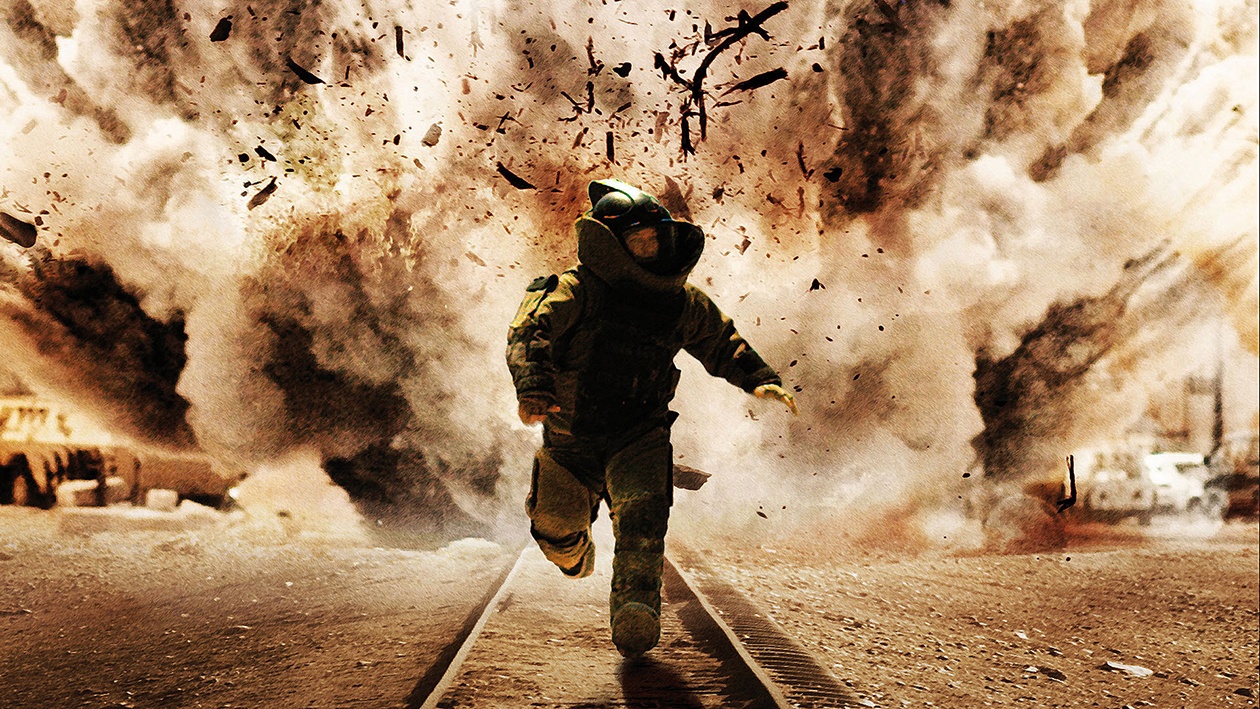 The Hurt Locker (2008) was the coming out party for Kathryn Bigelow as a director, and starred Jeremy Renner and Anthony Mackie before they were Avengers. The story is based on the Iraq War and follows soldiers with an extremely dangerous job: Disarming bombs. Things heat up as they come into the final weeks of their tour, with the situation becoming more and more dangerous.

Here is what Blevins added about The Hurt Locker:

One of the most honest war movies ever made, it didn’t hold back on PTSD issues, or anything else about our fight against terrorism. It simply showed what ordinary people can become when asked to go to war against a shadow enemy.

Next: Can you handle this one? 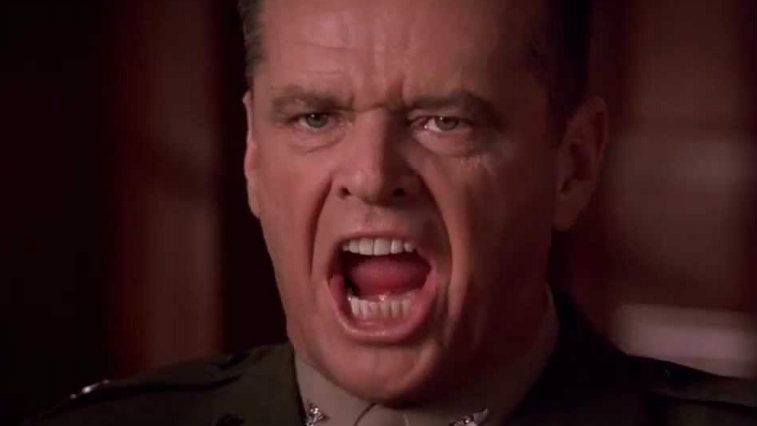 A Few Good Men is a 1992 classic with an all-star cast, featuring Jack Nicholson, Tom Cruise, Demi Moore, and so many others with Rob Reiner directing. The story is of a military lawyer that is charged with defending two Marines who have been accused of murdering another soldier. A massive courtroom drama unfolds, and Nicholson’s turn on the witness stand near the end of the movie is one of the most memorable moments in cinema history.

Brian Newberry comments on the realism of the interactions in A Few Good Men, saying:

(A Few Good Men shows) very realistic depictions of how military people interact with each other. My personal experience (in the Air Force) – people behave with each other very much the way they do in civilian sector … Usually rank & formalities only came up if someone really mis-behaved and did something terrible. Which was very seldom.