We all know widely popular video game consoles like the NES, Xbox, and PlayStation 2. Those are the big, successful consoles many gamers have spent much of their free time playing. But things get dicey in the business world of video games, and not all hardware finds that kind of success. Some game consoles have come and gone over the years that hardly anyone remembers.

Here’s to those consoles, the originators, the oddballs — the consoles most of us never even heard about or have forgotten.

Quick: What was the first home video game console ever made? Don’t know? It was the Magnavox Odyssey, a system that launched in the U.S. in 1972.

Now, if you grew up playing the video games released in the past 10 or even 30 years, the games on this thing will seem about as primitive as banging two stones together. The Odyssey came with two controllers, each of which had two knobs, one to move your rectangle vertically and one to move it horizontally. Oh yeah, and the only thing you could control in every game were the same two rectangles. That, plus one more rectangle that often represented a ball, was all the Odyssey had enough power to render on your TV.

To sidestep that major graphical limitation, each game came with a plastic overlay you’d stick onto your screen. A tennis game would come with an overlay that made your screen look like a tennis court to spruce up the barebones Pong-like gameplay. A skiing game had a mountain overlay with a ski path you were supposed to trace with your rectangle. Games often came with cards you’d draw to introduce an element of randomness. Any kind of scorekeeping or special rules were left to the players to enforce.

It doesn’t sound like much now, but it was the start of what would become a multi-billion dollar industry just a few decades later. 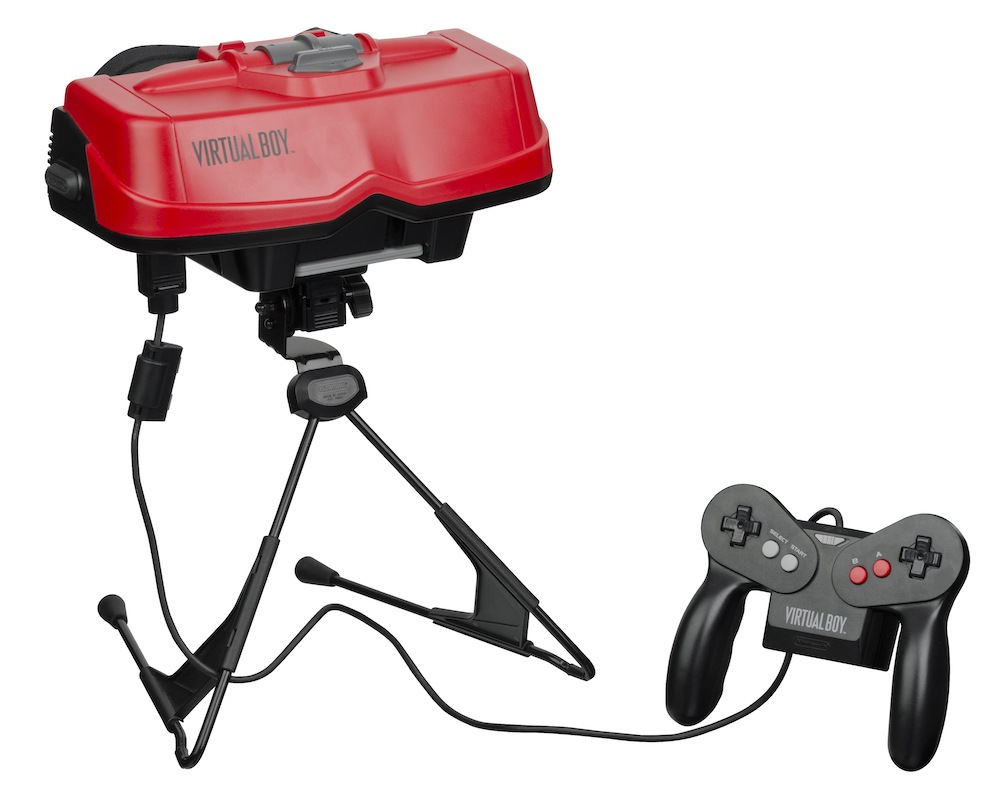 We all know most of Nintendo’s video game hardware: Game Boy, NES, Super NES, Nintendo 64, Nintendo DS, and on and on. But the Mario company made one particularly strange piece of hardware you might not be aware of, because it was so poorly received that Nintendo discontinued it just six months after its U.S. release in 1995.

The Virtual Boy is basically a gaming headset. But unlike typical headsets, the Virtual Boy didn’t come with a strap that would let you wear it on your head. It came with a stand, so you had to set the clunky device on a table and awkwardly plant your face into it. Despite the device’s 3-D effect, the graphics left much to be desired, thanks to the Virtual Boy’s inability to display any colors other than red on black.

Worse yet, only 14 Virtual Boy games ever came out Stateside, so even if you were one of the unlucky 770,000 or so who bought one, you didn’t get much bang for your buck. 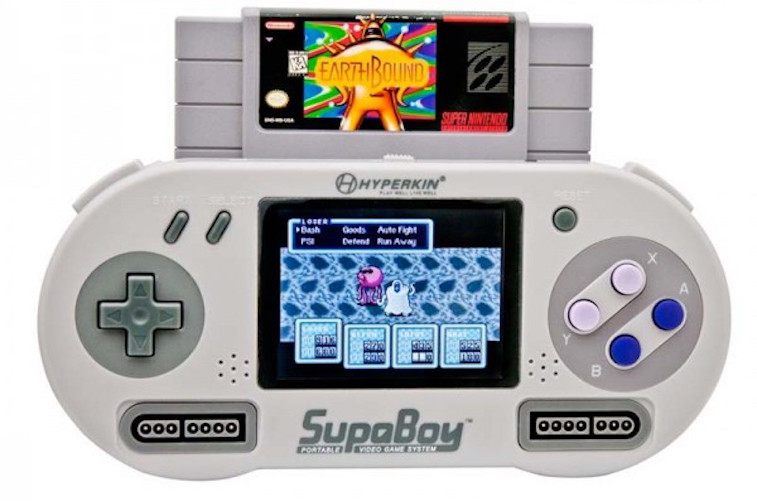 Unlike most of the consoles on this list, the Hyperkin SupaBoy is available to purchase right now — if you want it, that is. It’s a handheld device (not made by Nintendo) that actually plays Super Nintendo cartridges. You jam one of those fat, wide games into the device, turn it on, and boom: You’re playing Earthbound on the go. If it looks like your kind of thing, make sure to read some reviews first. Apparently the built-in controls aren’t great. 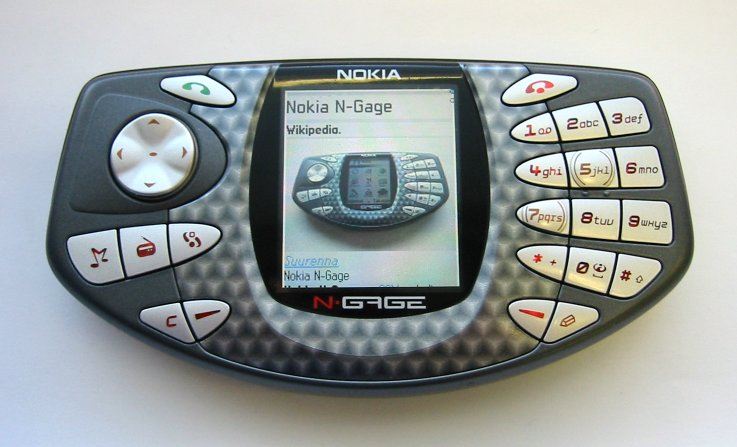 In case you thought existing handheld gaming devices didn’t have enough buttons, the Nokia N-Gage had your back. This awkward combination of a smartphone and a gaming device launched in 2003 and only lasted two years on the market. If you look at it, it’s no surprise why it failed: It mixed the two devices together in a way that didn’t serve either one very well. It was too big to be a comfortable cell phone, and too phone-like to be a comfortable gaming device.

Its chief problem was that the technology wasn’t there yet. Just a few years after Nokia discontinued the N-Gage, smartphones from Apple and Samsung would do a much better job of realizing the vision behind the N-Gage. The vision was sound, but the execution wasn’t. 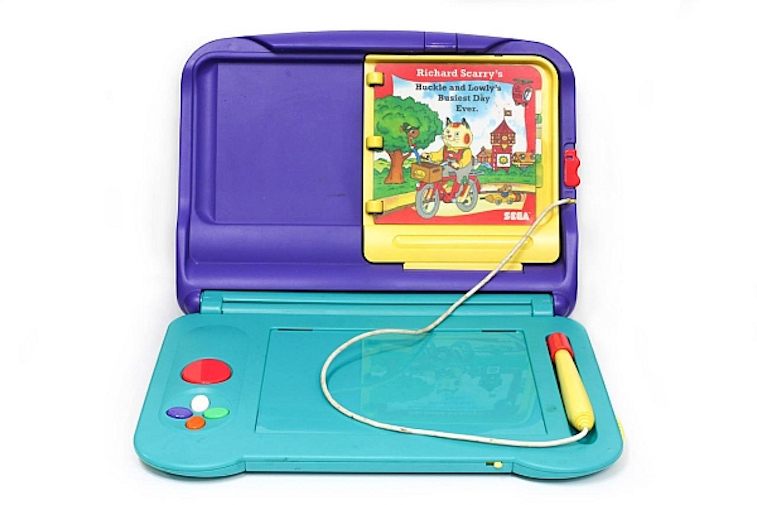 If you were a Sega kid growing up, you probably had a Genesis. Maybe a Master System. Maybe a Sega CD. What you probably didn’t have was a Sega Pico, a laptop-shaped game console made for kids that launched in 1994. Billed as an educational device, the Pico was colorful and sturdy, and came with a Magic Pen you could use either like a stylus or a mouse.

Though it’s shaped like a laptop, it doesn’t have a screen, so you need to plug it into a TV. You stick the game cartridge in where the screen would go, but the games doubled as books, with pages you could turn. The Pico knew what page you were on, so it would show different things on the screen depending on what page you were looking at on the cartridge. It’s kind of neat, but “weird” might be a better descriptor. 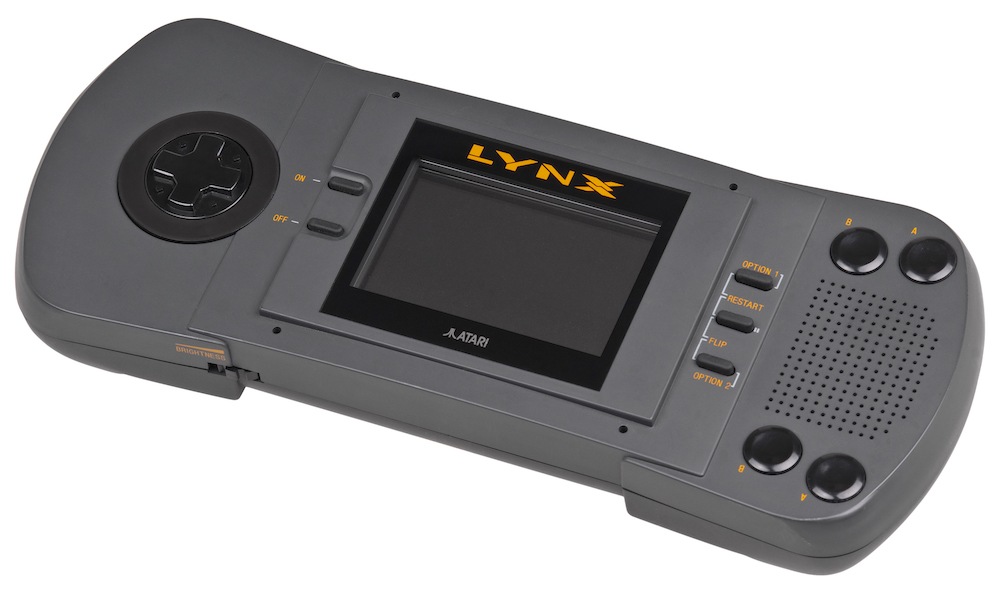 The Atari 2600 is the console most gamers know the company for, but when Nintendo’s Game Boy hit the shelves in 1989, Atari followed suit with a handheld gaming device of its own just a few months later. One thing the Lynx had that the Game Boy didn’t was a color screen.

Unfortunately for Atari, that wasn’t a big enough selling point. The Lynx only sold around 3 million units which, when compared to the Game Boy’s 119 million, relegates it to a footnote in history. 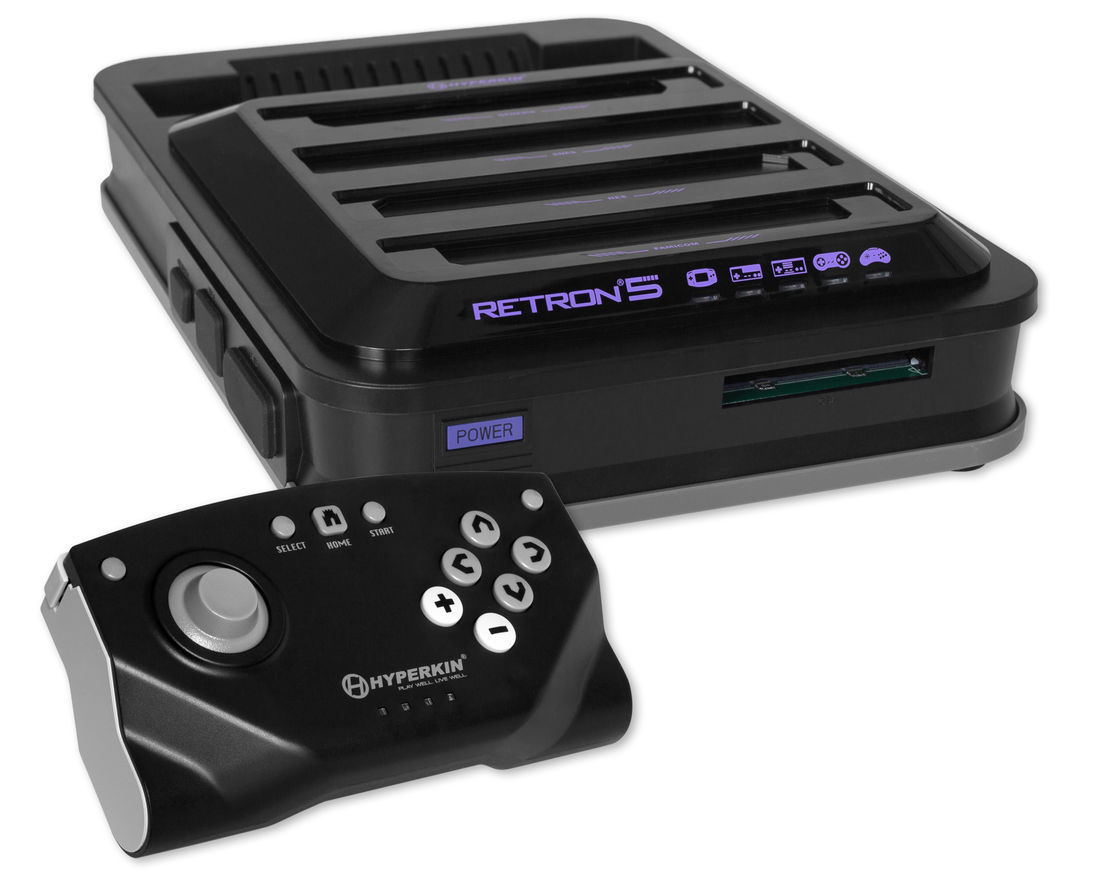 If you’re into retro gaming, the Retron 5 probably has your needs covered. It’s an unofficial hybrid game system that can play cartridges from NES, Genesis, SNES, Game Boy, Game Boy Color, and Game Boy Advanced. That’s a lot of retro gaming crammed into one box. It even has an HDMI out, so it works on any modern television. The only thing missing is the games. But if you have a retro gaming store near you, an eBay account, or a collection from childhood, you’re good to go.