11 Video Games Where the Characters Use Drugs

Listen up, tokers, tweakers, coke heads, meth heads, pot heads, pill poppers, and recreational users. This list is for you. Doing drugs may not always be a wise choice in real life, but anything goes in video games. And while legal weed is gaining ground as an acceptable way to take the edge off, many of the drugs on this list won’t be legal anytime soon. Some of them don’t even exist. So stash your rolling papers, ditch your syringes, and pop a disc in your game system of choice. It’s time to leave reality behind in favor of a digital high. Here are a whole bunch of drugs in video games. 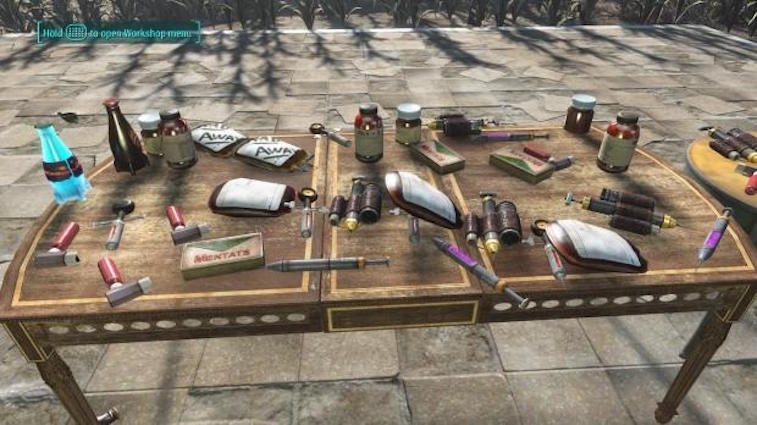 In Fallout 4, you can use drugs for a whole mess of reasons that can be very beneficial on your journey. Only here they’re not called drugs; they’re called chems. Med-X gives you extra damage resistance. Mentats make you smarter. Jet slows down time. Psycho increases your damage, making it an ideal choice to shoot into your veins before a big fight.

The catch is that if you use too many chems, you’ll become addicted. Get addicted, and you’ll lose stats once the drug wears off — that is, unless you take it again. In Fallout, as in life, withdrawal’s a bitch.

You can kick an addiction by visiting a doctor, taking some good old-fashioned Addictol, or by drinking a refreshing beverage. If you find yourself addicted to chems so often it becomes a problem, consider using the Party Boy/Girl perk to make yourself immune to addiction. Now if only such a thing existed in real life. 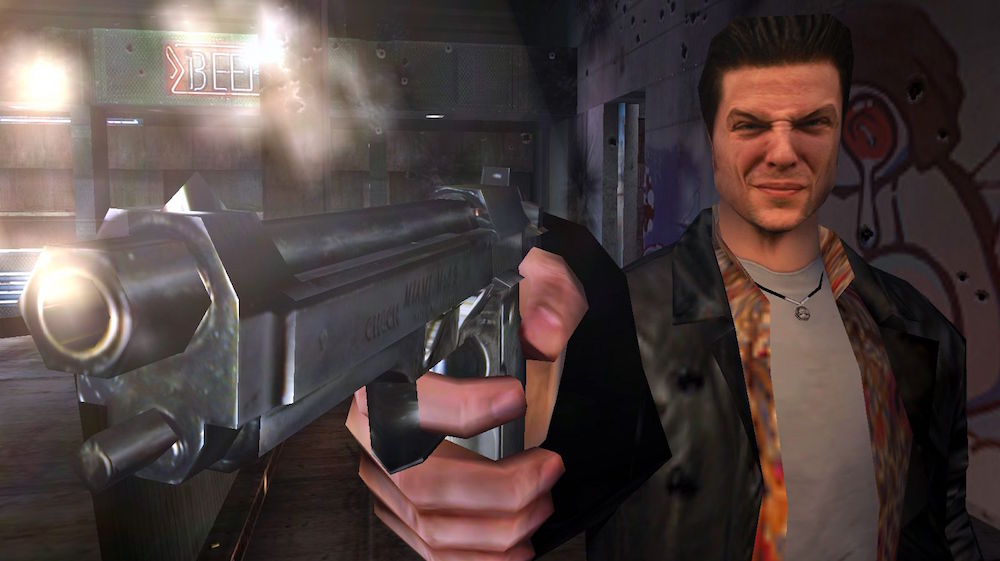 Probably the most famous drug-addled antihero in gaming is Max Payne, the bullet-dodging former cop with a sob story and a chip on his shoulder. When he’s not chugging liquor, the drugs he uses are the performance-enhancing kind. He uses painkillers to heal up during combat, because everyone knows a few opioids can cure gunshot wounds.

Another drug that winds up in Mr. Payne’s system is Valkyr, a fictional hallucinogen injected into his veins that makes him think he’s in a computer game. Whoa, dude, that’s meta.

Speaking of hallucinogens, the main character of Far Cry 3 chugs a potent one in the tropics, and suddenly he thinks he’s falling from the sky. He lands at an underwater poker game with his missing friends, then surfaces to walk down a path while trees sprout up and lighting bolts shoot down around him. Then he’s back underwater, where his trip ends with a pillar of rock crushing him. All in all, not the most enjoyable trip.

Potions of all kinds can be found in The Elder Scrolls series, one of which is an intoxicating mixture called skooma that’s made from moon sugar. Drinking this purple vial distorts your vision, making everything look a little blurry and extra colorful. Not a bad buzz. Notably, skooma doesn’t have any negative effects in Skyrim, even though it did in previous games.

In Uncharted 3, poor Nathan Drake gets shot with a dart that’s tipped with some kind of drug that makes him irritable, suggestible, and all kinds of tripped out. His perception stretches and wobbles like Silly Putty as he stumbles down the streets of a foreign city, all the while the creepy voice of the antagonist interrogates him.

Michael is driving around with his son when he realizes something isn’t right with his mind. Turns out his son has spiked his soda with ketamine, a hallucinogenic drug that has quite an interesting effect. First he wakes up surrounded by agitated monkeys, then he’s abducted and prodded by aliens who drop him out a hatch so he can free-fall and fly over the glowing city of Los Santos. Before long, he wakes up woozy several blocks away from home, wearing nothing but underwear.

You’ll meet a pair of characters in Far Cry 4 named Yogi and Reggie who give you injections of hallucinogens without bothering to ask your consent. The drug drops you into trippy scenes that have you running through neon-lit natural environments. It doesn’t seem like you’d want to keep meeting up with these guys, but apparently you enjoy the occasional vision quest.

Detective Norman Jayden is badly addicted to a fictional drug called tryptocain, a blue powder that helps him focus when it’s not making him jittery from withdrawal. When his addiction comes to a head, he’s fiending for the drug in a hotel room. And since this game is all about choice, you get to choose whether he gives in and snorts more, or flushes it down the toilet. Choosing to take it makes him overdose, leaving him shivering on the floor with blood streaming from his nostrils until his heart stops. Triptocain: Just say no.

9. The Witcher 2: Assassins of Kings

In this action role-playing game, you can swig a visionary potion that makes you see really weird stuff: a natural landscape transformed with a giant chicken and building-sized mushrooms towering around you. “I’m too old for this,” says the titular witcher. That may be, but this trip looks a lot more fun than some of the others on this list.

In yet another instance of an unwanted hallucinogenic trip (we’re seeing a pattern here, right?), the villainous Scarecrow sprays Batman with his fear toxin, which transports the Dark Knight to a world of terrors. This happens numerous times throughout the game, but in a notable one, he’s forced to relive the death of his parents. Not cool, Scarecrow. Not cool at all.

It’s not your character who uses drugs in Grand Theft Auto: Chinatown Wars, but you play a key role in the drug use of others. This handheld installment of the franchise contains a surprisingly robust drug-dealing mini-game. You can buy drugs like marijuana, ecstasy, cocaine, and heroin from dealers in various parts of the town. Thanks to an in-game economy, if you find the right dealers for the right drugs, you can buy low and sell high, providing users and abusers with their poison of choice and racking up a fortune while you do it. Who says crime doesn’t pay?