10 Video Games That Should Be Turned Into Movies

Video games have a spotted history of translating well into cinema. The Resident Evil saga, while extensive, has been far from quality, while efforts like the Super Mario Bros., Tomb Raider, and more have fallen well short of expectations. Games are difficult to adapt into movies for a number of reasons, but perhaps the primary issue has been poor selection on the part of studios in terms of what they choose to bring to the silver screen. There’s very little in terms of a compelling story from Super Mario, while Tomb Raider translates over as little more than a Indiana Jones ripoff.

Even so, there are plenty more video games out there that have stunningly expansive universes just waiting to be unspooled. 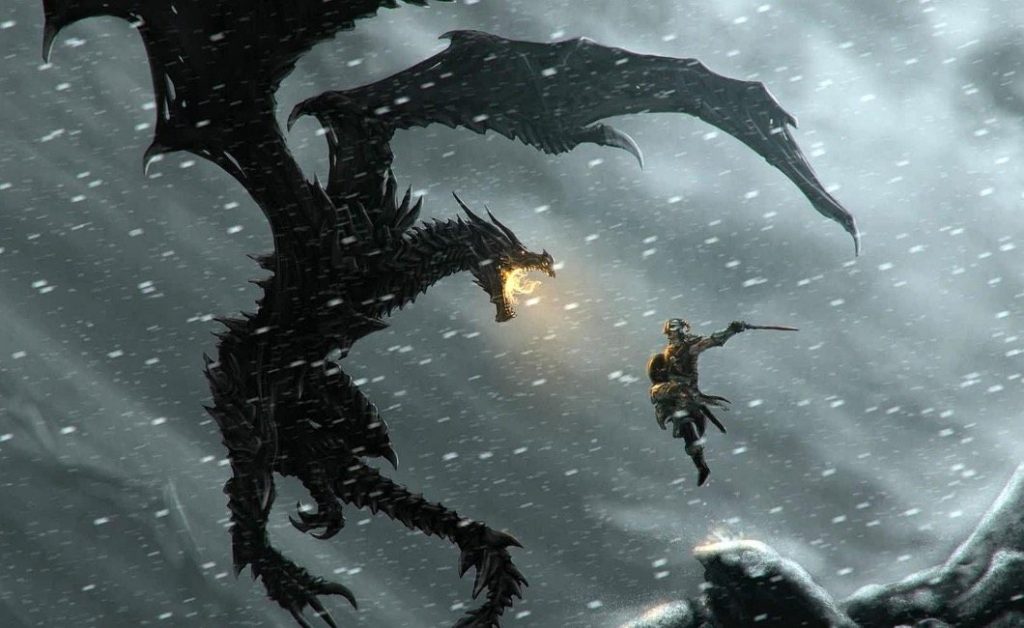 The Elder Scrolls saga is one that’s spanned years, spawning game after game of rich, sandbox universes. The greatest achievement from the series is, by and large, Skyrim. The story follows a main character of your choosing known only as the Dragonborn. Throughout the massive map, you have the ability to participate in a series of main and side quests: You can look to vanquish the evil dragon Alduin, choose to either fight against or participate in a rebellion, join a clan of werewolf mercenaries, and, of course, crawl a series of intricate dungeons.

Any one of these side quests would make for an insanely entertaining franchise of movies given the right screenplay, director, and cast. 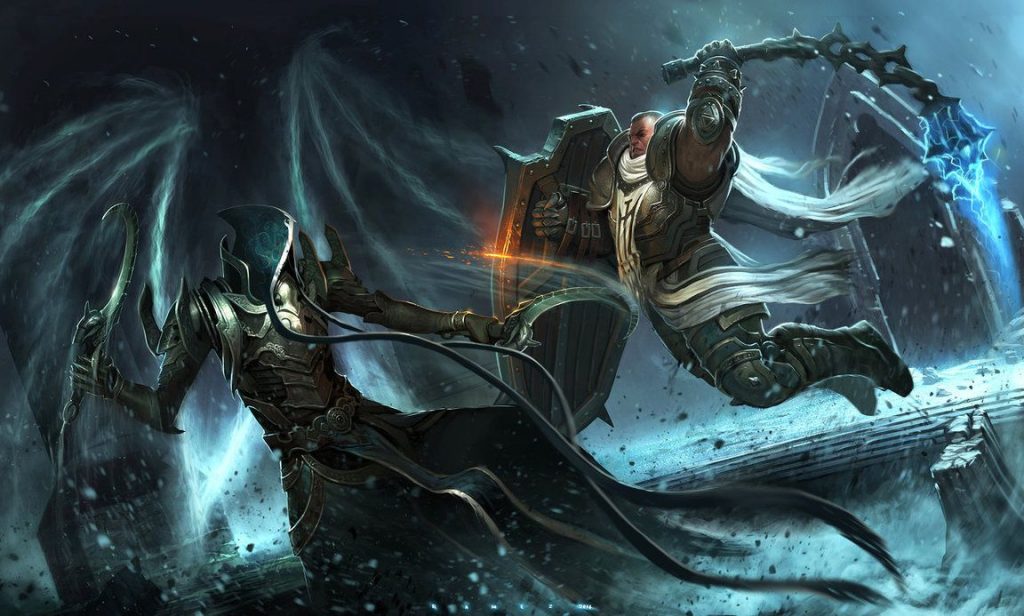 Despite consistently being surrounded in controversy, there’s no denying that Blizzard has pretty much defined the online roleplaying universe. It has parlayed that into a World of Warcraft movie, Warcraft, but it could very well be taking on the wrong game in its arsenal for adaptation. Take, for example, the Diablo series.

It features demons, a cast of character classes with their own individual stories, and an overarching plot that could in and of itself be its own feature-length film. There’s a reason gamers are willing to play through the main quest repeatedly. The story contains all the intrigue of the eons-long battle between heaven and hell, with a rich mythos supporting it. 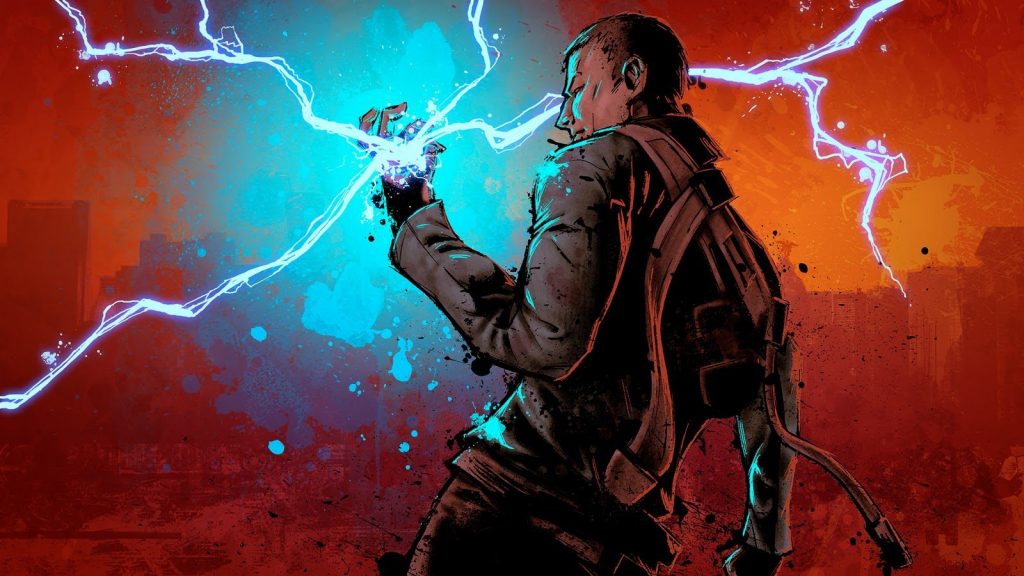 While Marvel and DC currently reign supreme in comic book cinema, arguably one of the best superhero video games of the last decade is Infamous (followed by two incredible sequels). The series follows our main character, Cole MacGrath, as he gains electric superpowers after getting caught at ground zero in a mysterious explosion.

The series features everything from time travel, mutants, and a decision from you, the gamer, as to whether you’d like to play through as good or evil. It could make for an interesting dichotomy on film, especially if put in the right hands. And that’s without even mentioning how it could capitalize on the comic book movie craze as a welcome alternative to Sony, Marvel, and Warner/DC. 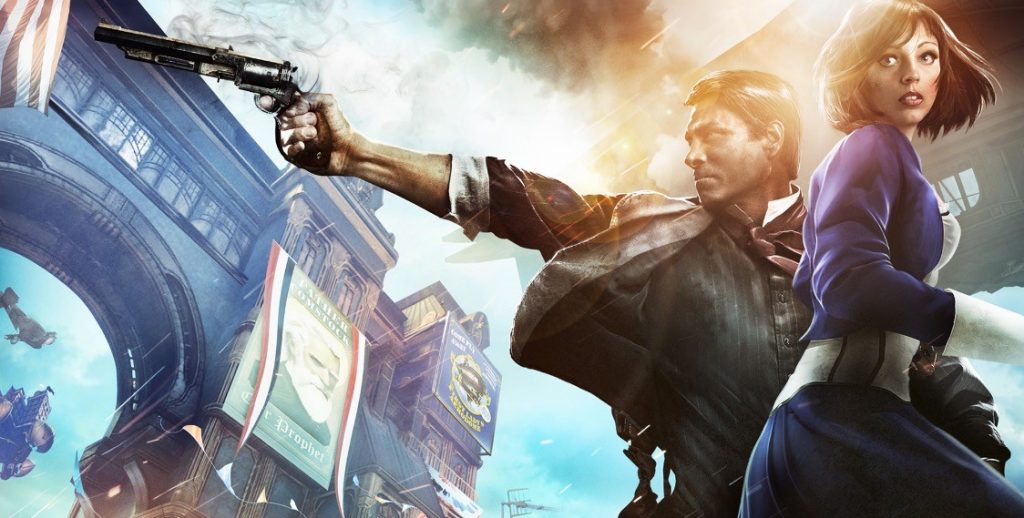 As one of the most popular and critically acclaimed games of the last five years, BioShock Infinite is ripe for the picking as a full-length movie. Its story follows the floating city of Columbia, having seceded from the United States in an alternate early-1900s history, transforming into a dystopian police state.

Our main character possesses a series of special powers and gear as he wanders through a beautifully rendered universe. The intrigue increases with the existence of tears in the space-time continuum, making for a steam-punk sci-fi romp that practically begs for a film.

Another Blizzard property, StarCraft, completes the holy trinity of influential games for the company that brought us Diablo and Warcraft. Very few studios are bold enough to make a sci-fi/fantasy movie set in space that isn’t of the Interstellar variety. A StarCraft movie could break this trend, launching a whole new franchise of space battles, aliens, and everything in between.

The story of this game dates all the way back to 1998, and even then, the story had cinematic elements. Fast-forward to today, and the game has been through multiple sequels and expansions that only served to beef up the universe. Among the three alien races Terran, Protoss, and Zerg), there are any number of stories to be told that would form a massively popular series. 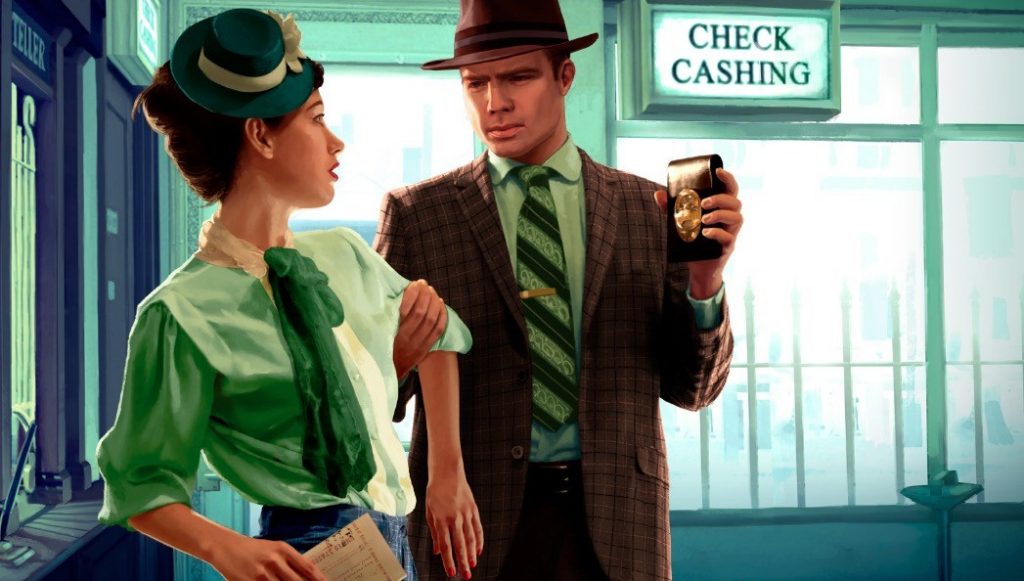 If there’s one type of filmmaking that could use a modern reboot, its noir. Sin City did a fairly good job at it back in 2005, but its lackluster sequel effectively killed any further follow-up efforts. Enter Rockstar Games’ L.A. Noire.

Featuring a Chinatown-esque story of mystery and intrigue, it represents a foregone era, taking us through each aspect of the LAPD as it stood in 1947. If anything, it’d be a fascinating look at law enforcement during the chaotic early days of L.A.’s history as a major city, drawing from a sandbox game with plenty of story and characters. 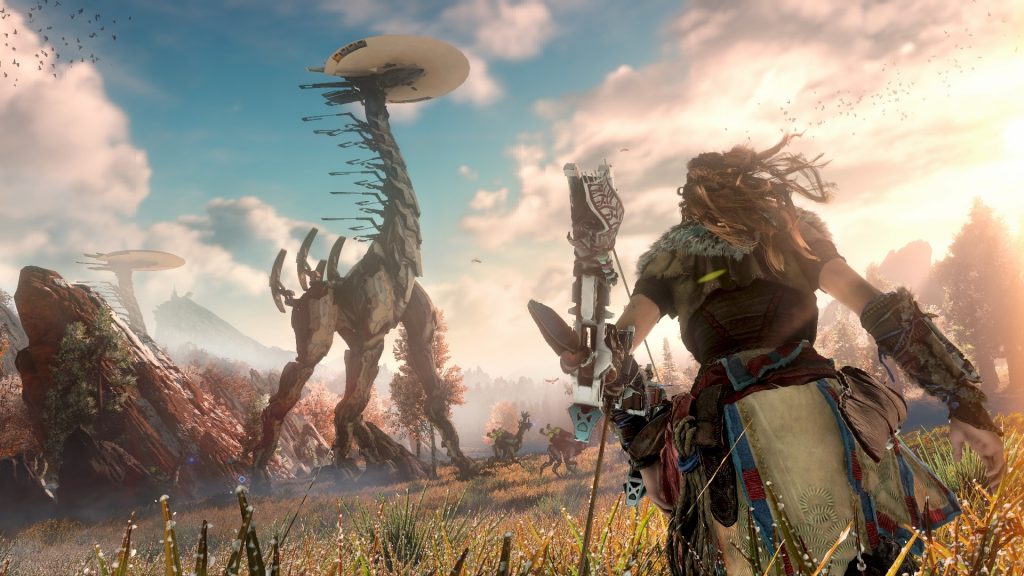 Horizon Zero Dawn is what we call the complete package. The game comes complete with a compelling story, a badass female protagonist, and a solid mix of sci-fi elements. The basic story revolves around Aloy, a girl living on Earth hundreds of years in the future, where humanity has returned to a primitive, tribal lifestyle, and is besieged by mysterious machine animals intent on their destruction. With a gorgeous aesthetic and a strong main character, there’s no reason why Hollywood can’t fast-track one of 2017’s best new games for a full-blown movie adaptation. 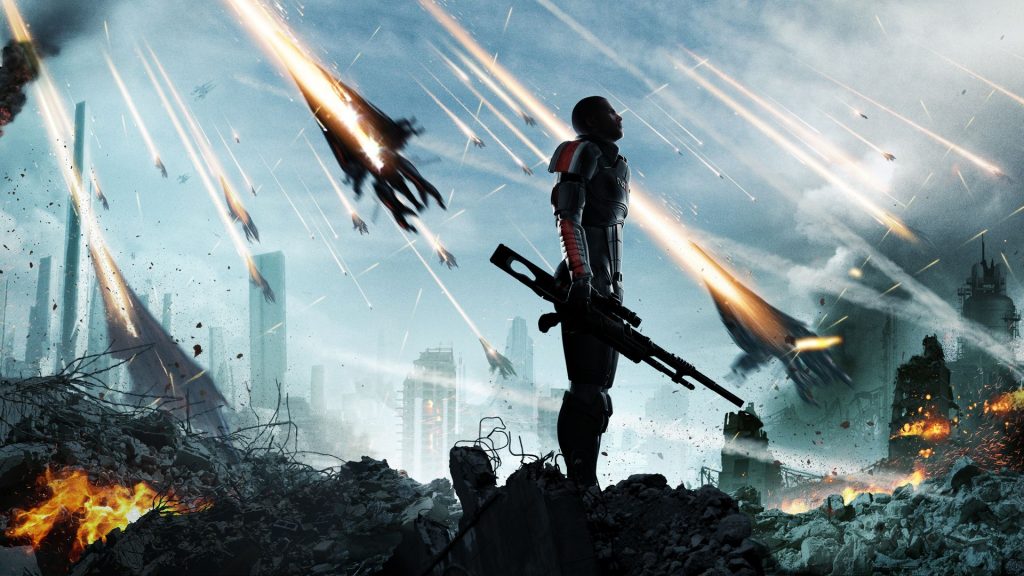 Mass Effect is a game whose story is so rich, that it’s already spawned a collection of comics and novels, following the exploits of a soldier tasked with saving the galaxy from a mechanical race of beings known as Reapers.

Legendary and Warner Bros. actually acquired the movie rights way back in 2010. The project hasn’t progressed all that far since then, but with a new chapter in the game series arriving in 2017, it’s only a matter of time before Warner gets their act together and gets this film made.

9. The Legend of Zelda 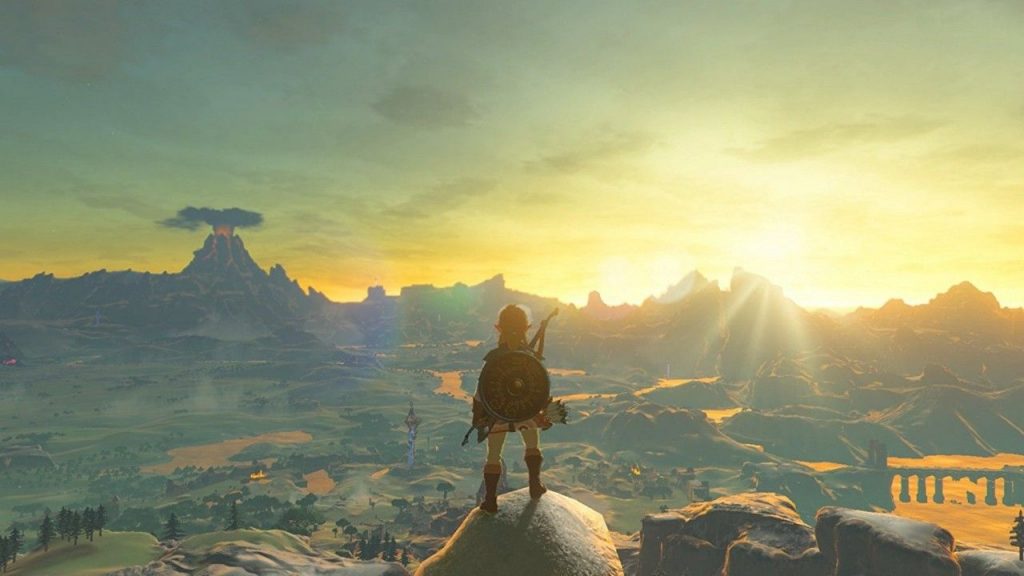 Spanning 19 separate entries from Nintendo, The Legend of Zelda series is as expansive as it is popular. It soared to new heights in 2017 too, following the release of Breath of the Wild, and quickly became one of the best-reviewed games of all time.

That said, it’s time for a movie to send us to Hyrule, be it in a classic animated form, or in a live-action adaptation. Either way, there’s no doubting that this game’s time has come to take its first step into Hollywood. 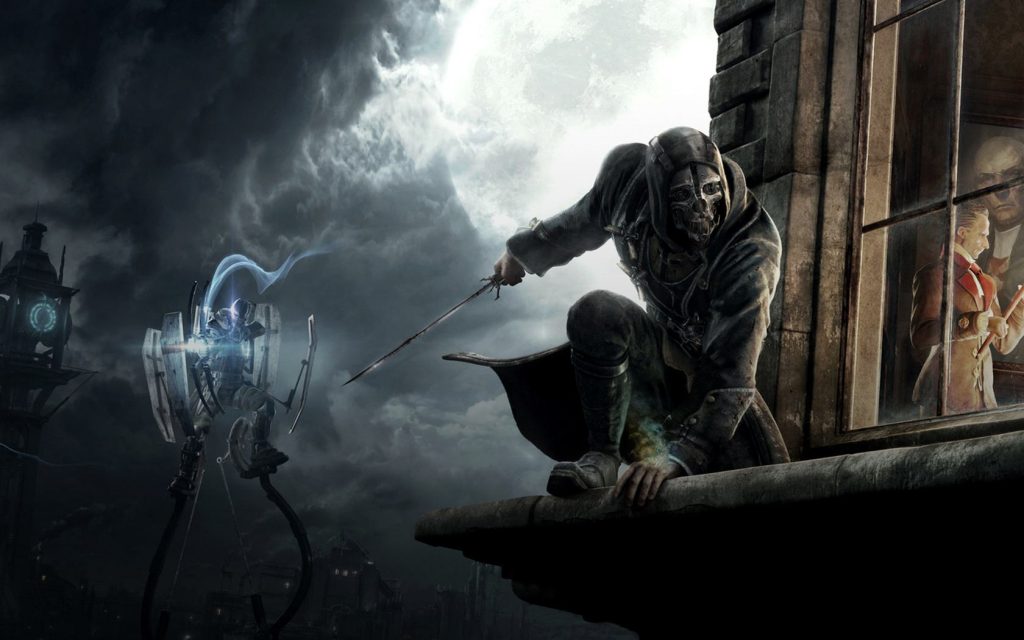 Dishonored comes to us courtesy of Skyrim developer, Bethesda, so it’s no huge surprise that the world it creates is incredible both in its aesthetics and scope. Set in a steam punk-esque world based off of 1800s London, we follow Corvo, the father of a young heir to the throne who’s overthrown by a corrupt, fascist regime. It’s his mission to use his dark powers to take back his daughter’s kingdom, all while battling all manner of terrifying machines along the way.