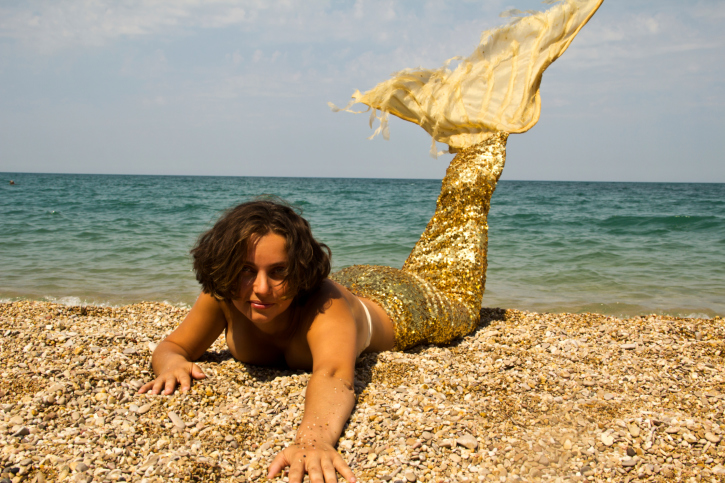 Animal Planet attempted to jump on the Sharknado bandwagon over the weekend, but didn’t ride it very far as the network’s first B-movie Blood Lake: Attack of the Killer Lampreys drew nowhere near as many viewers as its fake documentaries about mermaids did during the previous two Memorial Day weekends.

According to a report from Deadline, only 1.2 million people tuned in for Blood Lake on Sunday night, much less than the 3.6 million who watched the fake documentary Mermaids: The New Evidence the year before, which was the network’s biggest audience ever. The New Evidence was the sequel to Animal Planet’s first fake mermaid documentary, Mermaids: The Body Found. Deadline said 3.4 million people watched that faux-doc, which was Animal Planet’s most watched program until the sequel trumped it.

Animal Planet was taking a chance by going the movie route rather than producing another fake documentary, and it seems as though it should have stuck with the formula that was working. While Sharknado became an unexpected success after airing on Syfy last summer, Blood Lake didn’t offer the same celebrity trashing appeal.

Zap2It pointed out that despite star Shannon Doherty’s assertions that the two films are in the same vein, “We’ve seen Sharknado and Blood Lake is no Sharknado.” While Sharknado’s very premise (a tornado full of sharks) was pretty funny, the killer lampreys didn’t come off as funny or scary or even entertaining in any way.

The original idea of Animal Planet as a network was, ostensibly, to air nature documentaries and other shows about animals, but the channel has performed some strange experiments in order to boost ratings. What are viewers to make of a channel created for documentaries that gains its best ratings ever for a set of fake documentaries telling people that mermaids are real? Did anyone actually believe the shows were serious?

Unfortunately, the answer is yes. Shortly after the first fake mermaid documentary aired, the National Oceanic and Atmospheric Administration was flooded with questions about its alleged mermaid discoveries that were discussed on the show. In response, the organization issued a statement saying “no evidence of aquatic humanoids has ever been found.”

The documentaries do present lots of ‘evidence,’ but the awful CGI mermaid depictions along with the poorly acted scientist and eye-witness portrayals make it hard to believe that people didn’t realize the shows were a joke. You know, aside from the fact that mermaids clearly don’t exist. The faux-docs seem like they should provide similar appeal that a B-movie would — laughs at the production’s expense, skeptical curiosity about the bizarre ideas it presents — but the mermaid idea proved much more appealing to viewers than the killer lamprey thing.

Apparently, there’s a decent amount of people who will tune in to Animal Planet if the network promises to fulfill their wishes of ‘proving’ that mermaids are real. The network would do well to stick to that formula, perhaps tackling fairies or dragons next, though it might consider changing its name to ‘Mythological Creature Planet.’